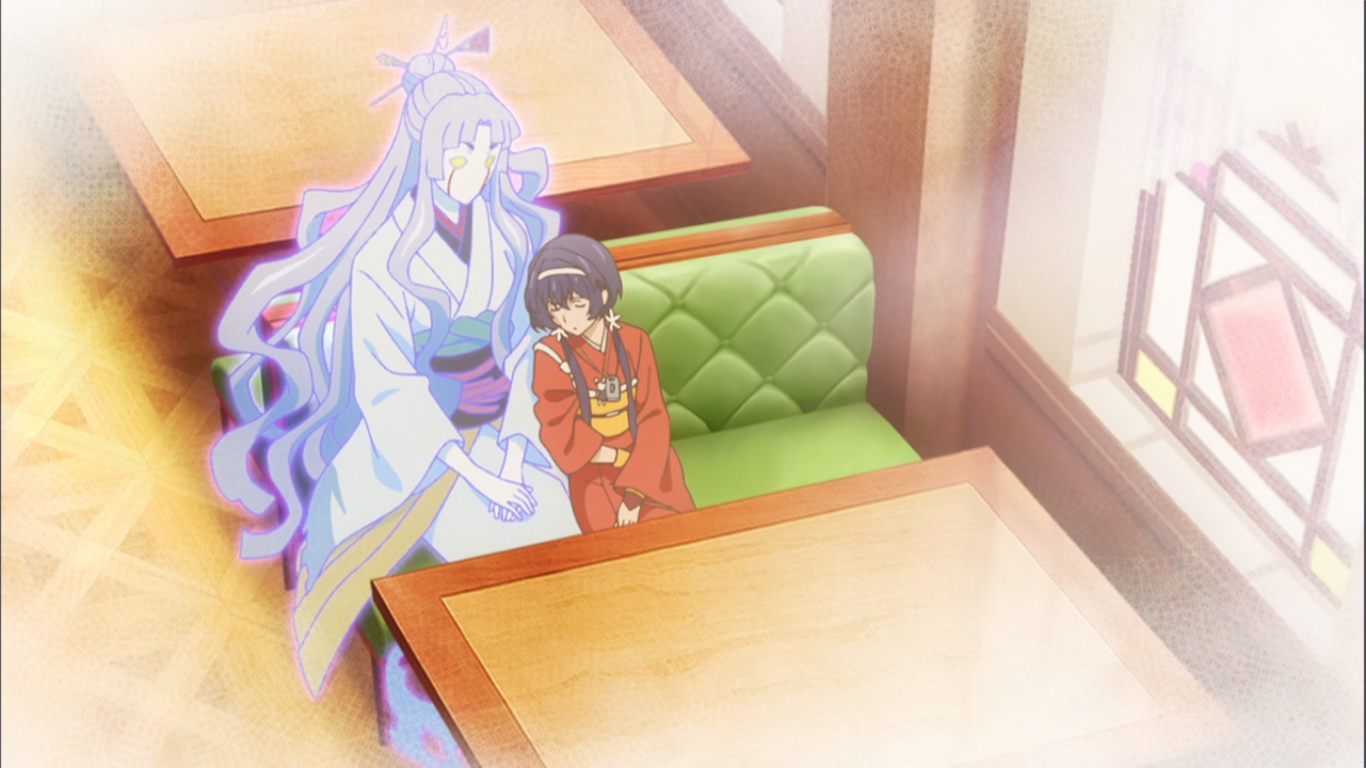 Like last week’s episode, this week’s episode of Bungo Stray Dogs featured two separate but slightly interconnected stories. And while neither of them really does anything about the overhanging arc of Fyodor Dostoyevsky, “Herurisu / Portrait of a Father” correct some long-assumed misconceptions.

The first story in “Herurisu / Portrait of a Father” deals with Kyouka and Atsushi – with the sometimes help of new diner maid Lucy Maud Montgomery – trying to track down a briefcase in order to transport it. The briefcase doesn’t contain money, as they’ve been led to believe, but a report about the death of Kyouka’s parents. Kyouka has believed that her ability – Demon Snow – went rogue and killed her parents. In fact, assassins broke into their house, and someone involved with the attempt seems to have an ability that allows one to possess another by blood transfer. Kyouka’s father got possessed and ordered his wife to kill him; when she got possessed, she ordered her ability – Demon Snow – to protect Kyouka. 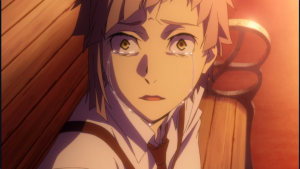 The second story deals with Atsushi and Tanizaki investigating a man being hit by a truck; they must suspect something supernatural, as witnesses say the man just ran into the street. It turns out that the deceased is Atsushi’s old headmaster, who horribly abused him all of his life. When all the evidence seems to point towards the man coming to Yokohama to congratulate Atsushi on his work with the Armed Detective Agency, he has a mini-breakdown, remembering all of the torment he went through as a child. However, during his breakdown, he realizes that his headmaster wanted Atsushi to hate him so that he wouldn’t hate himself. Cool motive, still child abuse.

The two stories in “Herurisu / Portrait of a Father” share a common theme; that is, sometimes we cannot trust our memories. Pretty much everyone on Bungo Stray Dogs has a tragic past – that’s a given – and learning this new information about Kyouka and Atsushi doesn’t change everything that they’ve suffered or the trauma they went through, but it does put a new perspective on it. It adds to their character development by allowing them to move on from their pasts and grow as individuals. I, for one, am very excited to see how these revelations may affect these two as we continue on.

That said, both Kyouka and Atsushi learning about their pasts felt like a lot to happen in one episode. Both stories felt very rushed; not that I would want to spend much more time not focusing on the main arc, but each of these could very easily have been a full episode.

Have you seen “Herurisu / Portrait of a Father”? What did you think?