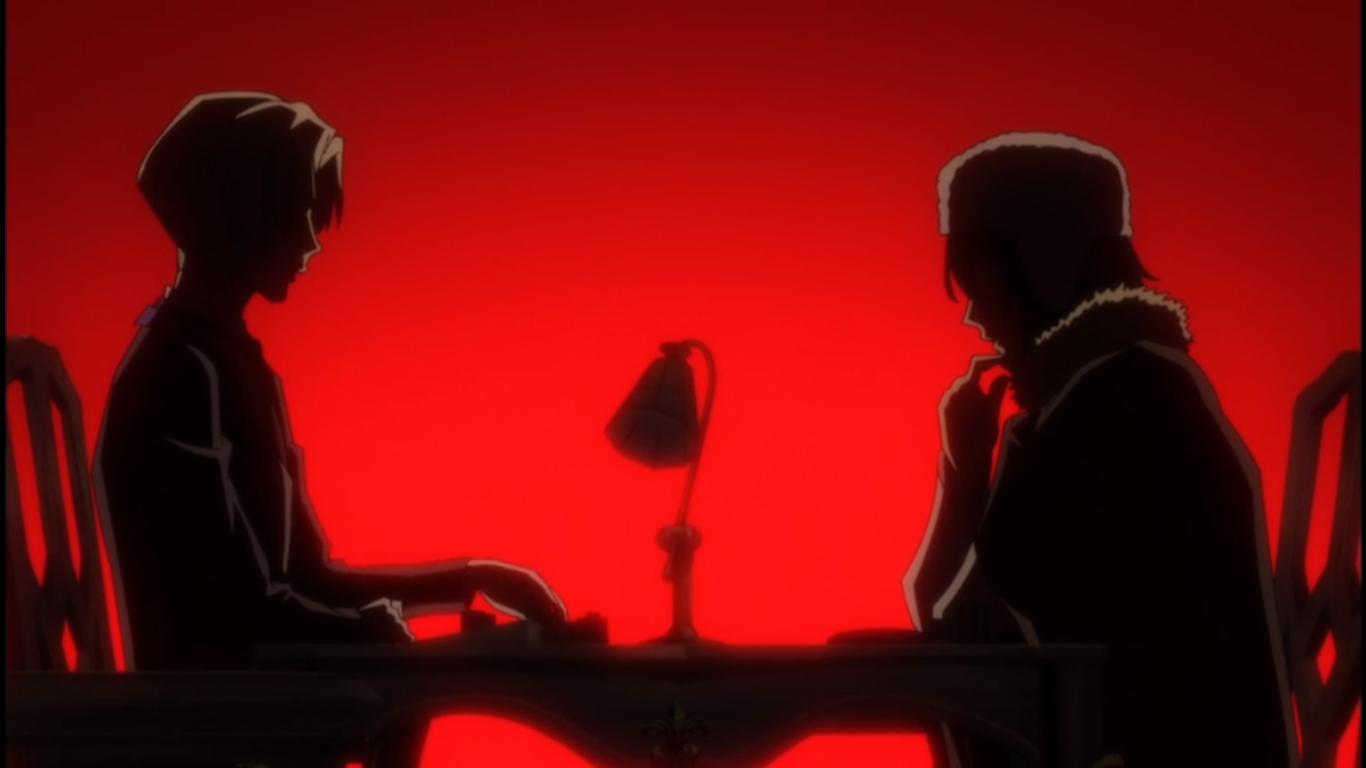 Bungo Stray Dogs isn’t a light-hearted show, despite its moments of levity. I sometimes forget that, because there’s dark and then there’s dark. “My Ill Deeds Are the Work of God” is one of those episodes where you think, “Damn, this show goes hard core.”

“My Ill Deeds Are the Work of God” is the first episode of the season set in present day, and rather than featuring any of our mains, it works on re-establishing the villain. Fyodor Dostoyevsky was last seen terrorizing the Armed Detective Agency and the Port Mafia in Dead Apple, but he is now a captive of one of the Port Mafia’s five executives – a man named Ace. Ace seeks to add Fyodor to his collection of collared slaves, but Fyodor manages to gamble his way to freedom, at the cost of Ace’s life – and the lives of all his slaves.

This episode was bleak from start to finish. Ace’s ability involves draining someone’s life force and turning it into gems, and he doesn’t hesitate to demonstrate it on one of his slaves. Yet the most dangerous man in the room is Fyodor, who is not only observant and intelligent but psycopathic to boot. As Ace showed no remorse killing one of his slaves, Fyodor kills everyone on the ship – including the young boy narrating the episode. (I expected him to be around longer, but that’s because he was narrating and I didn’t expect the narrator to die.) 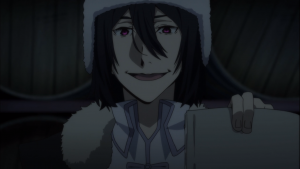 Fyodor as a villain is terrifying. He wasn’t in enough of Dead Apple to get a sense of him, but “My Ill Deeds Are the Work of God” does a fantastic job of establishing who he is and how he operates. Akira Ishida absolutely nails the menacing quality of his voice – there’s a calmness and a complete lack of emotion that are just chilling.

I love when a plan is executed without the viewers’ knowledge, especially when it’s based on deception. That Fyodor was able to carry out his plan so well had an even bigger impact with the audience being unaware of his actions. I, too, believed that he was manipulating the cards to have his desired outcome; but the biggest shock was learning that he fed false information to his kidnapper, causing Ace to take his own life, thinking he was escaping a mindspace. Then he makes off with a list of all the special abilities of the Port Mafia members, which means some of our favorite criminals are in for a rough season.

I am very excited to see where we go from here, and how the events of Dead Apple may or may not tie in (if at all).

Have you seen “My Ill Deeds Are the Work of God”? What did you think?