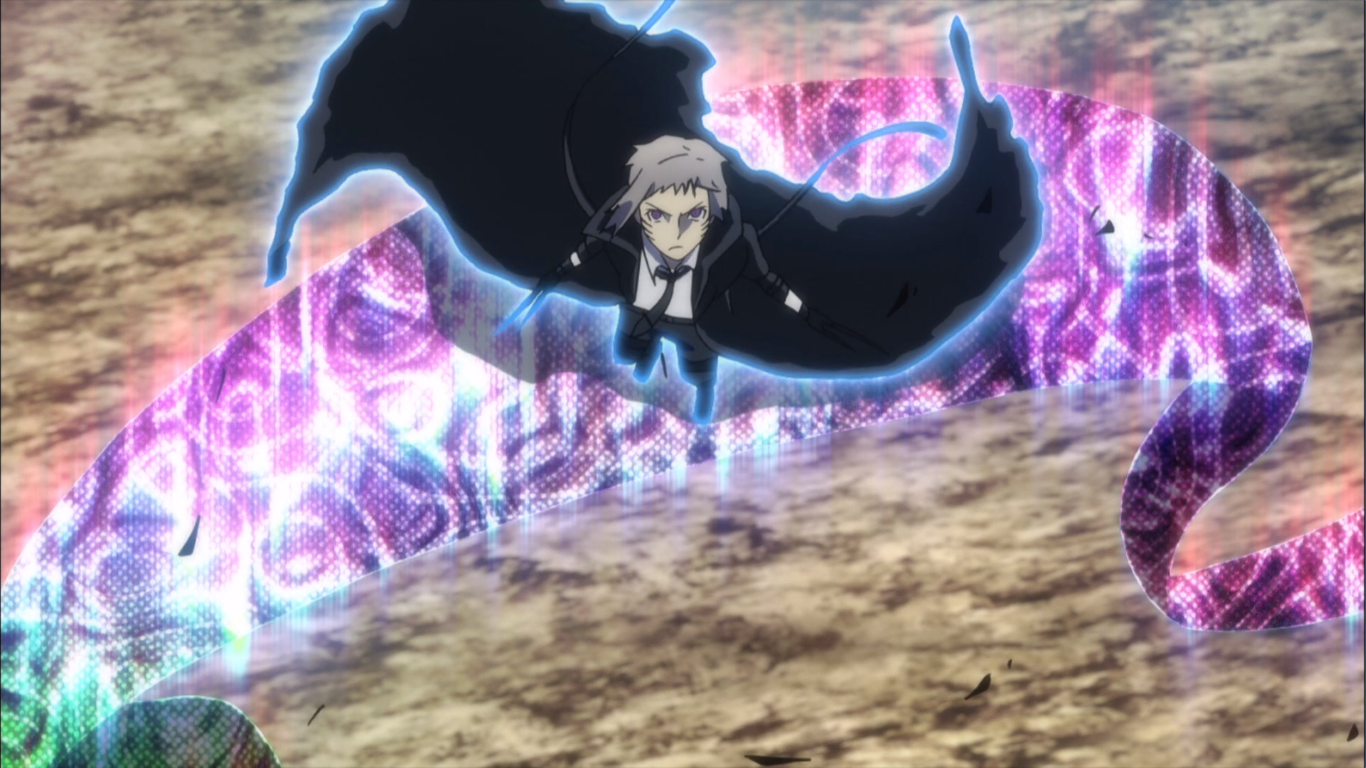 The pacing was a little off in Bungo Stray Dogs Season 3, and that made certain elements of “Echo” a little more lackluster than they should have been. Despite this, it was still probably my favorite episode of the season.

Bungo Stray Dogs Season 3 was like a weird mishmash of stories that didn’t come together as coherently as they did in the first two seasons. I liked all the elements separately, but together I don’t think they worked. Between the prequel arc, the Fyodor-centric episode, the Francis-centered episode, and the split episodes, the main thread of Fyodor as the villain felt woefully underdeveloped. “Echo” had a lot of excellent moments that I felt were not handled as well as they could have been. The most intense, amazing moment for me was the combination of Akutagawa’s and Atsushi’s abilities, and it happened to fight a guy who wasn’t even introduced until this episode.

That said, how awesome is that combination power? I really enjoy it when the two of them work together. I know they’re sworn to loathe each other for all eternity, but they have more in common than I think they want to, and that makes them a surprisingly good team. Also, considering how much I love Oda, I got all misty-eyed at the nod to him at the end of the episode, with Dazai comparing the two of them to Akutagawa and Atsushi. 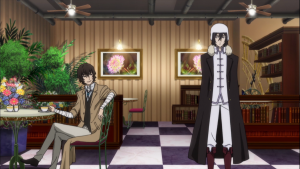 Speaking of Dazai, I legitimately giggled when Fyodor turned in the cafe and he was just chilling there waiting for him. (The look on Fyodor’s face!) We didn’t get to see much of Dazai in the main arc (on account of that whole getting shot thing) and I sometimes forget just how clever he can be. In this case, it wasn’t so much clever as resourceful. He turned to Francis for assistance, which makes his entire episode make so much more sense. We definitely haven’t seen the last of Fyodor, so I’m looking forward to Francis and Dazai teaming up again.

I am bitterly disappointed that we didn’t get to see any of Ranpo and Chuuya trapped in a mystery novel. And Chuuya is still trapped there! I would be very interested in getting to see some of it – perhaps as an OVA? I think it would be hysterical.

“Echo” was a really great episode – the music and animation were phenomenal, as always – but it would have been even better if they had spent more time developing certain parts of it. As I mentioned, introducing Ivan this episode seemed like such a waste, because it kind of cheapened the epic moment of Atsushi and Akutagawa combing their gifts. I kind of wish we had seen more of Francis, although him showing up out of the blue at the cafe was a nice touch. Mostly I just would have preferred the separate arcs to tie together more succinctly.

Previous:The Yanket: The Blanket Nobody Asked For
Next: Melissa McCarthy in Early Talks to Play Ursula in Disney’s Live-Action “The Little Mermaid”