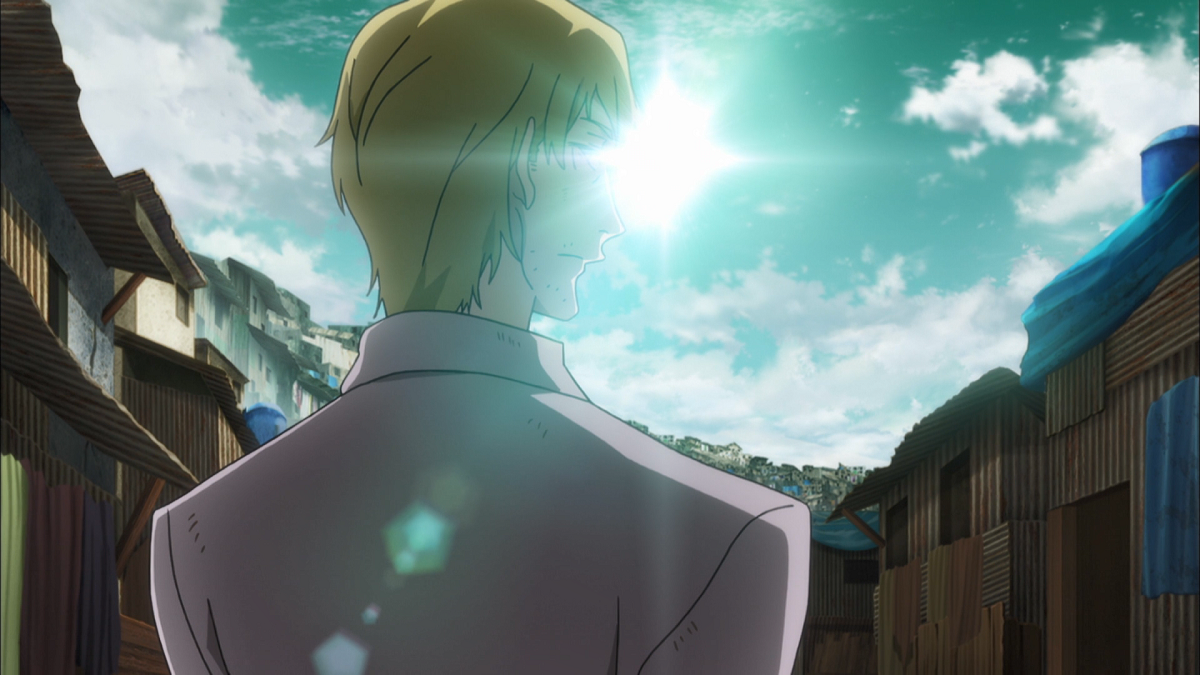 After two weeks of split episodes, “Fitzgerald Rising” focused primarily on the return of last season’s main antagonist, F. Scott Fitzgerald, and strayed away from the Armed Detective Agency – who appear only briefly, and for reasons directly related to Fitzgerald.

I’m not sure I like that Fitzgerald was able to so quickly return to power in “Fitzgerald Rising”, especially considering that it took an entire season to bring him down before. It feels a little cheap, bringing him back. That said, it was actually quite well done. I enjoyed the scheming and backstabbing, and how he played the company’s boss into incriminating himself in order to cheat him out of the company. It was clever without being convoluted. 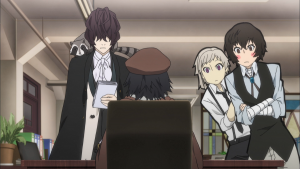 I miss the Armed Detective Agency. Even with the past two episodes, we’ve barely seen them. The only time they worked all together was in “Slap the Stick & Addict”, and that was only for the first half. Otherwise, they’ve very much been split off on separate missions. Still, their two brief scenes in this episode were pretty great. I’m very much liking the dynamic between Atsushi, Kyouka, and Lucy. And I love that Ranpo is in continuous enough contact with Poe to not only know that he’s working on a new novel but also to expect a copy.

I like that Louisa sent Poe to the Armed Detective Agency when Fitzgerald asked her to look into the murder. I suspect that Fitzgerald knew she would end up there, and I appreciate the acknowledgement that they are actually quite good at their jobs.

I am intrigued to see where the show goes from here. Will Fitzgerald take revenge on the Armed Detective Agency for ruining his plans previously? I think he doesn’t seem very inclined to do so; he repeatedly mentions the book that he must find, and it sounds like that is his primary goal for now. Will everyone team together to fight Dostoyevsky? This one seems slightly more likely, if only because Dostoyevsky is as yet an unknown and multiple Guild members are friendly with, or at least on civil terms with, the members of the Armed Detective Agency. Most importantly, how do the events of the flashback arc fit into the rest of the story?

Have you seen “Fitzgerald Rising”? What did you think?