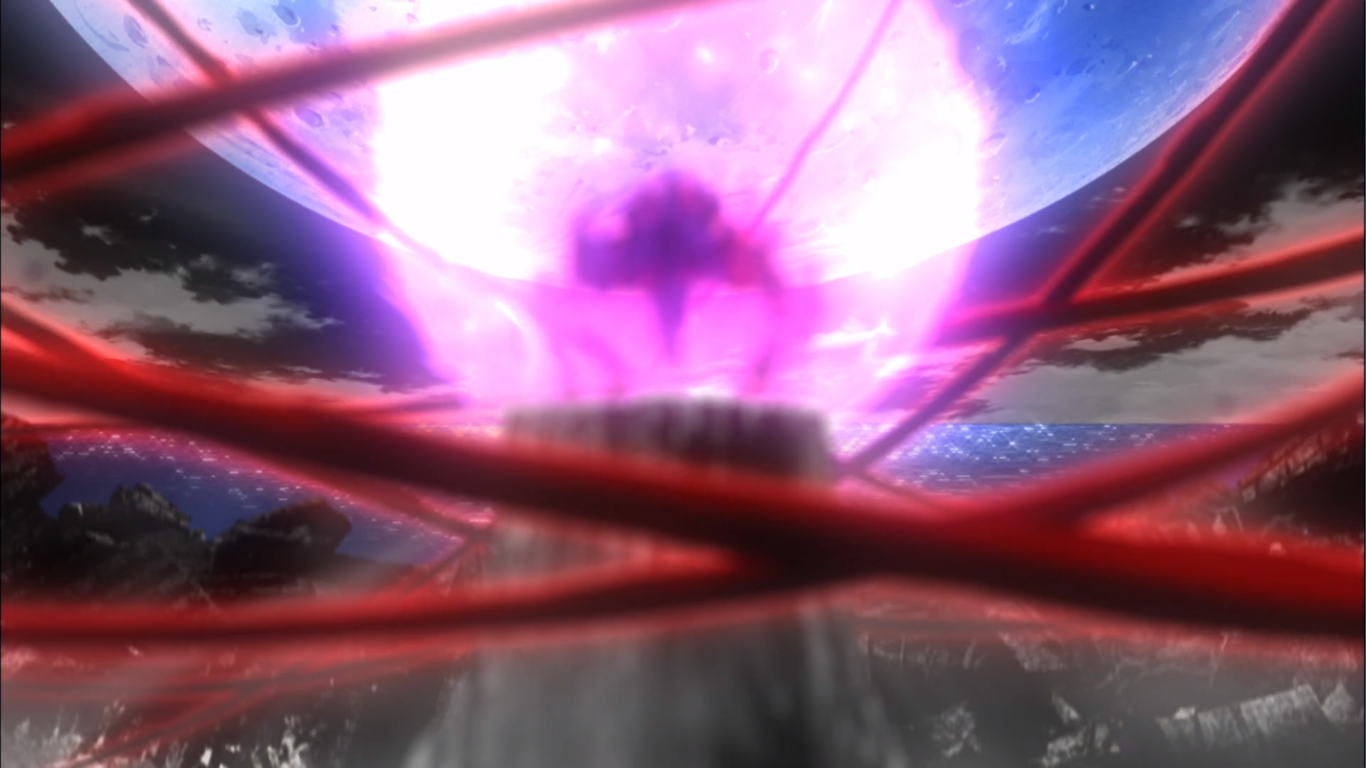 This prequel arc is fast making Chuuya one of my favorite characters in Bungo Stray Dogs. No one will ever top Oda but honestly Chuuya is getting close. “God of Fire” reminded me of events in Dead Apple, which is good because the villain from that film is going to be a major player in the rest of this season.

Before this season, I honestly could take or leave Chuuya. I don’t know why I never realized quite how amazing his ability is; I suppose I was a little mystified by it because it seems to be a catch-all kind of power where it does whatever he needs it to. Even after Dead Apple, I didn’t really understand it. After “God of Fire”, though, I’m a fan. His fighting style, his scream before he burst through the window to tackle Randou, everything was great.

It makes total sense that he is Arahabaki, and that’s probably something I should have picked up on without needing to be told, simply based on the color. Seeing Chuuya’s power let loose in Dead Apple, Arahabaki resembles his “berserk mode”, though no explosion like that happens; it’s possible that he’s since learned to control it. When Dazai comments on his fighting style, I wonder if he fights that way so he doesn’t lose control. 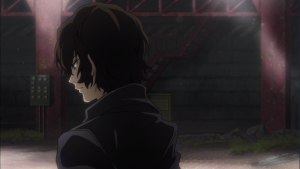 Speaking of Dazai, it’s very interesting seeing him this early in his Port Mafia career. He’s almost a completely different person. Mamoru Miyano is extremely talented – he is able to change Dazai’s tone and attitude so flawlessly. I was a little taken aback by him gleefully shooting a dead man – repeatedly – to spare him pain, and surprised that it was Chuuya who got him to stop. I don’t think I’ve ever seen Dazai act like that before; it was unnerving, especially since he was sporting such a creepy smile while he did so. 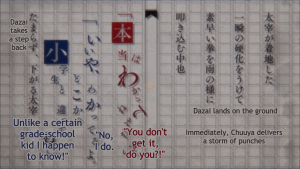 I continue to love Dazai and Chuuya’s interactions, but I think the best part of the episode was the middle where they suddenly switched styles, describing the action on paper instead of showing us. I was starting to think it was a clever way of saving money instead of having to animate a fight scene – instead it was hiding the fact that the two of them are playing a video game. Brilliant! This show is clever in ways I never expected, and so stylish I almost can’t stand it.

Have you seen “God of Fire”? What did you think?