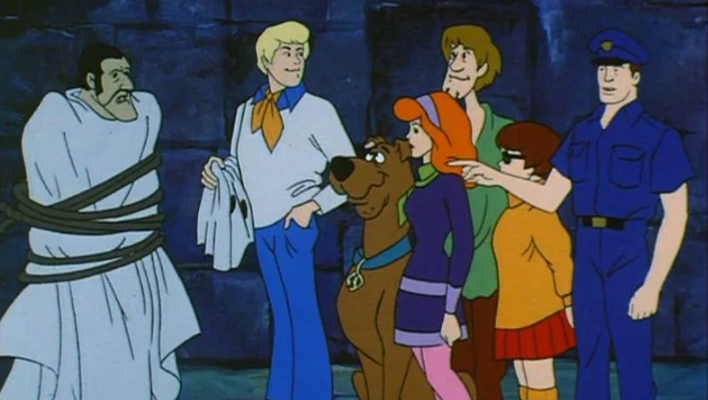 Our favorite mystery-solving sleuths are finally returning to theaters! A first glimpse at Scooby-Doo‘s newest animated look and some new details about the movie’s plot have been released!

Back in early March 2019, it was officially revealed that Scooby-Doo and the rest of the Mystery Incorporated gang would be returning to the big screen for the first time since 2004’s live action Scooby-Doo sequel movie, Scooby-Doo 2: Monsters Unleashed. The announcement of some finalized casting decisions for the newest animated movie made big waves on the internet—for both good and bad reasons.

A lot of fans were excited to find out that Scooby-Doo would be officially back in our box offices, myself included. Others were hesitant and slightly frustrated to learn that the long-time team of voice actors, who have provided the voices for Fred Jones, Daphne Blake, Velma Dinkley, and Shaggy Rogers in countless Scooby-Doo animated cartoon shows and movies, wouldn’t be reprising their roles for this new movie. Instead, it was revealed that new actors and actresses would be taking on the task of playing these characters.

Thus far, it has been revealed that Zac Efron and Amanda Seyfriend will take on the roles of Fred and Daphne, while Gina Rodriguez and Will Forte were already previously announced to voice the characters of Velma and Shaggy. It is also worth mentioning that Frank Welker, the great voice actor who has provided the voice for Fred Jones since the original Scooby-Doo: Where Are You series back in 1969, will join the cast. And although he won’t reprise his role as Fred, he will take on the role of Scooby-Doo, which is a talent he has provided Scooby-Doo cartoons and animated movies for some time now.

The official first look and details about the movie come from the 2019 Annecy Festival website—which looks to be an animated film festival set for June 2019, wherein new information regarding upcoming animated movies will be released to fans and festival-goers. On their website, the official title for the new Scooby-Doo movie (Scoob!) was indexed with reference information about the movie’s plot. It also included an official promotional picture of what Scooby will look like in his newly animated form.

“Scooby-Doo is the hero of his own story in “SCOOB!,” the first full-length, theatrical animated Scooby-Doo adventure, which reveals how he and his best friend Shaggy became two of the world’s most beloved crime busters. The story takes us back to where it all began, when a young Scooby and Shaggy first meet, and team up with Daphne, Velma and Fred to launch Mystery Incorporated.”

Personally, I think that this incarnation of Scooby looks fantastic! He looks so much more similar to his cartoon counterpart than any of the other CGI-animated versions of the same character have ever looked. I can’t help but be curious as to what the other characters will look like with the same type of animated treatment.

But what do you guys think about this new information? Are you excited to see Scooby-Doo and the gang back on the big screen? What do you think about Scooby’s new animated look? Let us know in the comments down below!

Previous:“Slaughterhouse Rulez” Arrives on Digital And In Select Theaters This May!
Next: Bungo Stray Dogs 3×02 Review: “God of Fire”