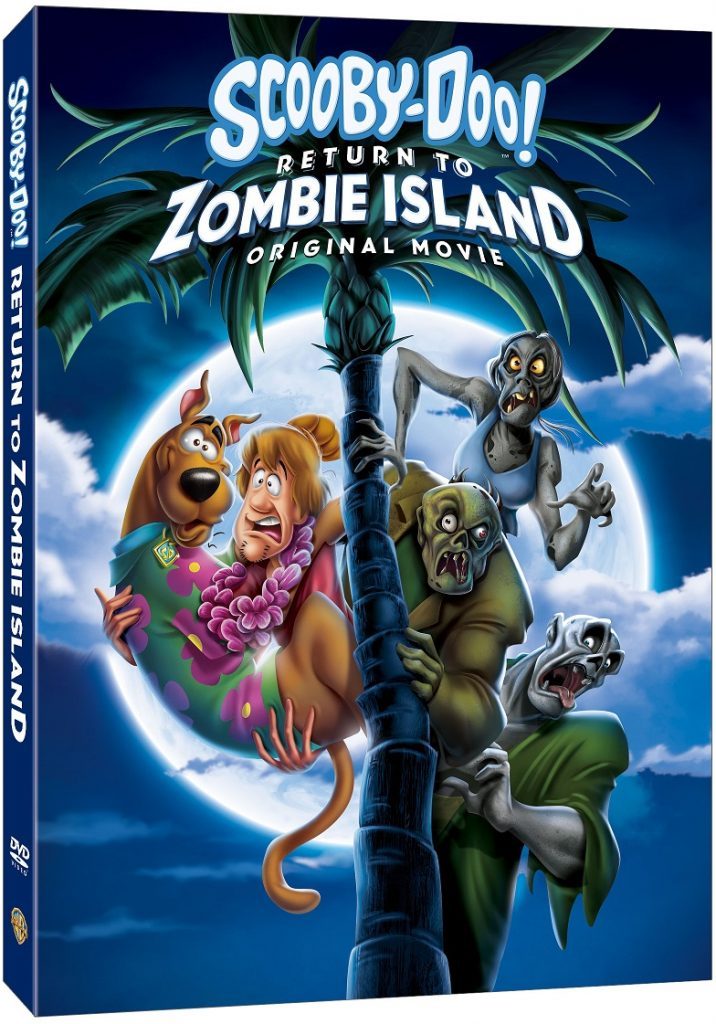 Scooby-Doo! Return to Zombie Island is a follow-up to the classic Scooby-Doo on Zombie Island. The Digital release will cost you SRP $14.99 while the DVD will be available for SRP $19.98.

On Scooby-Doo! Return to Zombie Island, Scooby-Doo and his pals win an all-expense paid vacation and embark on a trip of a lifetime to a tropical paradise. Their destination, however, turns out to be Zombie Island. As soon as they arrive, they realize the place looks strangely familiar and is reminiscent of a trip they took years ago, in which they became wrapped up in a mystery involving zombies. The gang soon learns that their trip to paradise comes with a price when the zombies re-emerge and attack their hotel. Will Scooby-Doo and the Mystery Inc. gang finally solve the mystery behind Zombie Island?

“Zombies are a very popular theme in entertainment now and we wanted to create a fun, family-friendly version of this genre for Scooby-Doo! fans. So we brought back a Scooby-Doo! classic and continued the original story but created a captivating new plotline,” said Mary Ellen Thomas, Vice President Family & Animation Marketing. She added, “Scooby-Doo! Return to Zombie Island is an entertaining, original film that will appeal to a wide audience. It’s classic Scooby-Doo! with a contemporary look and feel, a fun storyline and engaging characters. This release is a must for your home entertainment library.”

The prequel was released back on September 22, 1998. It was well-received by viewers and critics.

In interesting news, the latest movie will have its World Premiere during SDCC 2019.