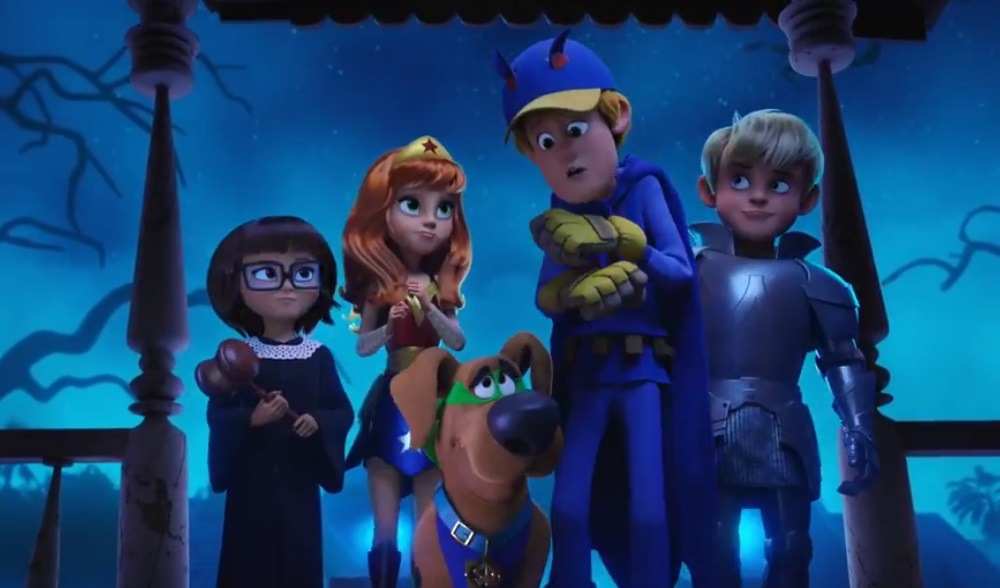 I was looking forward to watching Scoob ever since the first trailer came out. Now that Universal has released the animated film online during these unfortunate times, I can’t help but think Scoob! would have worked better as a second or third film in the Scooby-Doo animated franchise the studio’s planning.

Superhero films have the potential to make almost a billion dollars at the box office. Studios are clamoring to create expanded cinematic universes similar to the MCU. And who can blame them? Every studio wants to rake in the big bucks. However, not every creative team has what it takes to replicate the success of the MCU. Warner Bros continues to try with the DCEU, and now the studio has picked the Scooby-Doo franchise (and the Hanna-Barbera brand) for another experiment titled Scoob!

And the result is… Well, while I had fun watching Scoob!, I can completely understand how it does come across as a superhero-crazed cash grab and how it might leave audiences wanting more. Heck, it might even make certain Scooby-Doo fans wonder why this film exists in the first place.

Scoob! does offer a reboot of the iconic characters for the newer generation. The opening sequence had a very young Shaggy meeting a puppy Scooby for the first time. I didn’t like Shaggy being the one to give Scooby his name, though. Anyway, from there the two ended up meeting Fred, Velma, and Daphne during Halloween. The young gang, unexpectedly, found itself working together to solve their first mystery in a haunted house.

The scene where Shaggy thought Velma was dressed up as a character from the Harry Potter franchise is hilarious. And Fred’s literally a white knight in shining armor because of course, he would dress up like that.

For me, the opening sequence contained the magic that has allowed this franchise to last over the decades. In a sense, I wouldn’t have minded if Scoob! only starred the younger versions of Mystery Inc. and we got to know them a bit better.

Imagine a story with the kids trying to solve various mysteries around town with their parents trying to break them up for their own safety. And what if one of their parents or a relative was the mysterious villain?

But alas, the writing team behind Scoob! had other plans. This animated film was about connecting Mystery Inc. to other Hanna-Barbera properties and creating a connected world. So, if you were looking forward to a mystery-centric narrative that would also dive into the gang’s personal dynamics, well, you won’t be getting that.

The premise dealt with Shaggy and Scooby feeling unwanted due to Simon Cowell‘s interest in investing in the Mystery Inc. and helping the team grow. Velma’s the brain. Fred’s the tank (which, why? Wasn’t it Fred who always came up with the elaborate traps?). Daphne’s the empath. And Scooby and Shaggy, in Simon’s opinion, just exist.

After the disheartened Shaggy and Scooby walk away from their meeting with Simon, they’re attacked by Dick Dastardly because he needed Scooby for something. (Don’t worry. I don’t be giving away major spoilers.) Blue Falcon and Dynomutt rescue the duo and the film becomes a globe-trotting adventure to thwart Dastardly’s plans and save Earth.

There are definitely numerous gags and humor to please fans of the Scooby-Doo franchise, but keeping the Mystery Inc. apart for most of the movie, in my opinion, took away from the magic. Also, one of the most important things in the Scooby-Doo franchise is about the supernatural not being ‘real’ and there always being a creepy human behind the strange occurrences.

Scoob! doesn’t care about that because there’s definitely a whole lot of actual paranormal stuff going on to (I guess) force the story to make some kind of sense and drive the plot.

When in doubt? Use magic!

The end credit sequence really knocks you over the head with what Warner Bros has planned for the animated world the studio’s trying to create. We see quick shots of Blue Falcon recruiting more iconic Hanna-Barbera characters for his team. Johnny Quest’s father appears and it looks like Dastardly’s minions are the predecessors of the Jetson’s Rosie?

I’m all for expanded cinematic universes – if they don’t feel forced. Universal failed big with the Dark Universe. The DCEU is still struggling. So, what is not clicking with the writers?

Scoob! would have worked better as a standalone Mystery Inc. film which connected to other properties in sequels down the line. The first film should have been given time to breathe. Dropping the audience right into the expanded world (with a messy narrative) is just too much.

However, having said all of that, I did have fun watching Scoob! Maybe because I have a soft spot for this franchise?

The script did have moments where I laughed out loud. But the overall narrative issues are too glaring to be ignored, in my opinion. And again, what purpose does Scoob! really have other than being a blatant announcement to the world that Warner Bros wants an animated superhero cinematic universe?

Developing the first movie in a franchise while keeping in mind all of the planned sequels and spin-offs doesn’t always work. Operating like that takes away from the focus the first movie deserves. Don’t tell me about the sequels I should look forward to when the first installment is going to make me think how much better it could have been.

With Scoob! being released online instead of the planned theatrical release, let’s see how much of a profit it collects for the studio and if the Hanna-Barbera animated universe will actually continue.

Have you watched Scoob! yet? What did you think?