“Nancy Drew and The Hidden Staircase” Releasing This March (Updated) 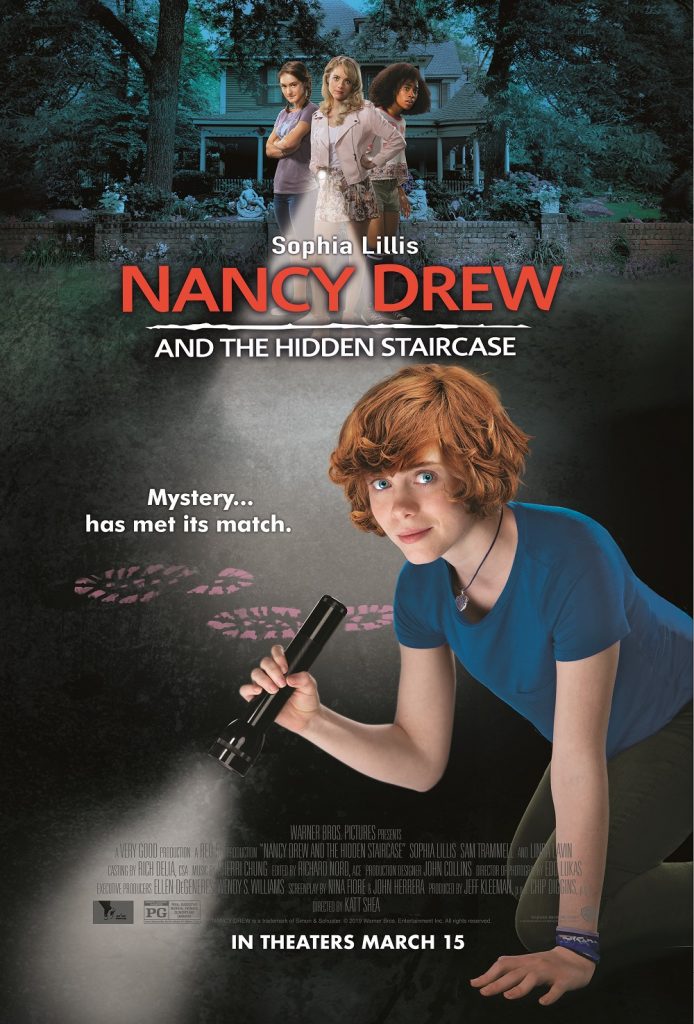 Fans of Nancy Drew have a new film to look forward to. Nancy Drew and the Hidden Staircase will be released in theaters on March 15, 2019, by Warner Bros. Co-produced by Ellen DeGeneres, the film stars Sophia Lillis in the titular role.

I’m not a huge fan of Nancy Drew, but I still like her as a character. With Nancy Drew and the Hidden Staircase featuring the iconic mystery-solving teenager in a modern setting, it will be interesting to see how many people will gravitate toward it.

Along with Sophia Lillis (IT, Sharp Objects), the cast also includes Sam Trammell (True Blood, This is Us), and Linda Lavin (The Good Wife, Alice). The plot follows the young detective “in her new town, making new friends and on a mission to solve the case!”

Here’s the trailer! Lillis looks like a younger version of actresses Amy Adams and Linda Cardellini.

After the death of his wife, Carson Drew decides to leave Chicago behind and make a fresh start with his daughter in River Heights. But for 16-year-old Nancy Drew, life in a small town is mighty dull. She longs for excitement, adventure, and the chance to make a difference. Nancy gets that opportunity when she is asked to help solve the ghostly activity at the Twin Elms mansion. Can she help explain the creaking footsteps, exploding lightbulbs and the ominous creature? Is it the handiwork of high-school bully Derek Barnes? Or is it possible that the ghost of original owner Malcolm Colfax is back for revenge? Recruiting her best friends George and Bess, along with local “mean girl” Helen, Nancy Drew is on the case!

Nancy Drew made her first appearance back in 1930 and since then has continued to be a well-known fictional character. Her legacy includes books, comic books, TV series, films, and games.

Are you excited to watch Nancy Drew and the Hidden Staircase on March 15, 2019? 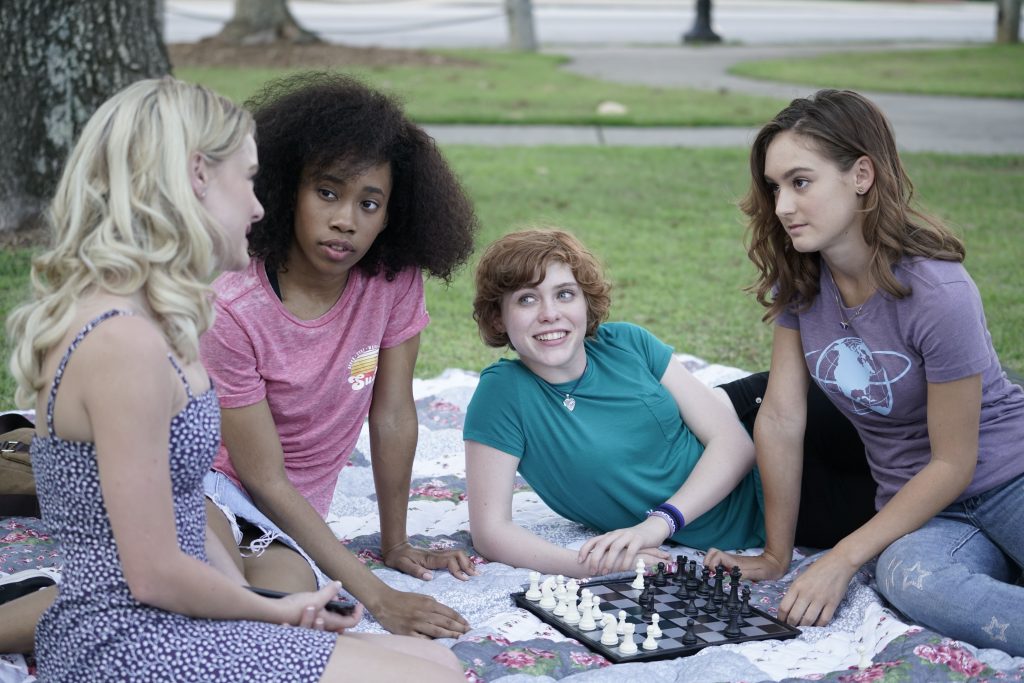 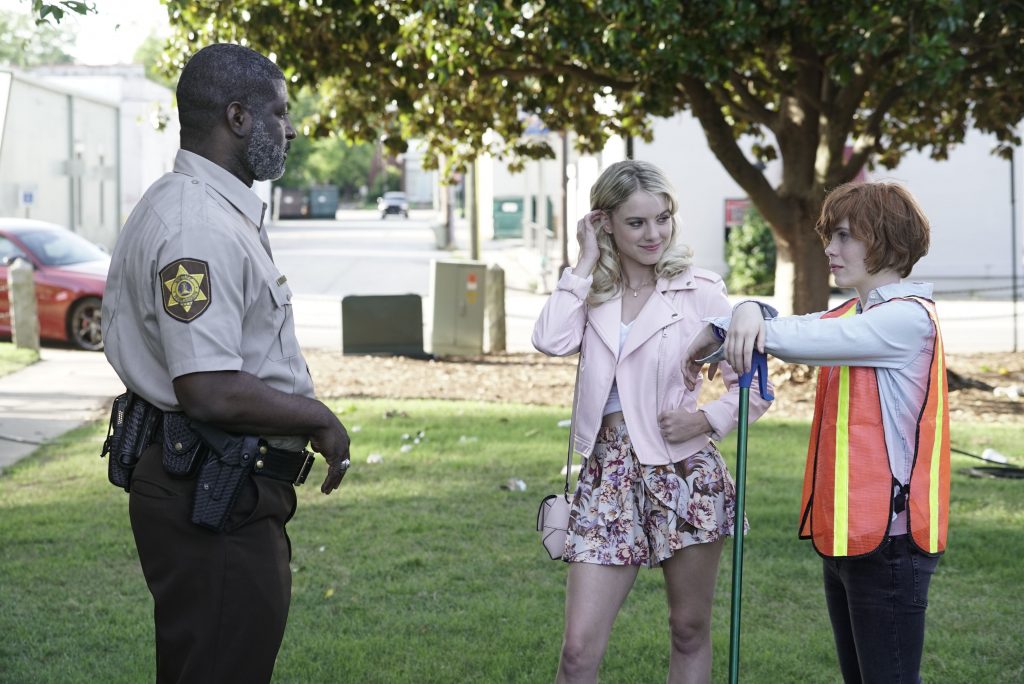 In “Nancy Drew and the Hidden Staircase,” Nancy’s extracurricular sleuthing gets her in trouble with the law — and sentenced to custodial duties as community service. In this scene, Nancy (Sophia Lillis) and her friend Helen (Laura Slade Wiggins) are confronted by Sheriff Marchbanks (Jay DeVon Johnson). Photo Credit: Warner Bros. Home Entertainment 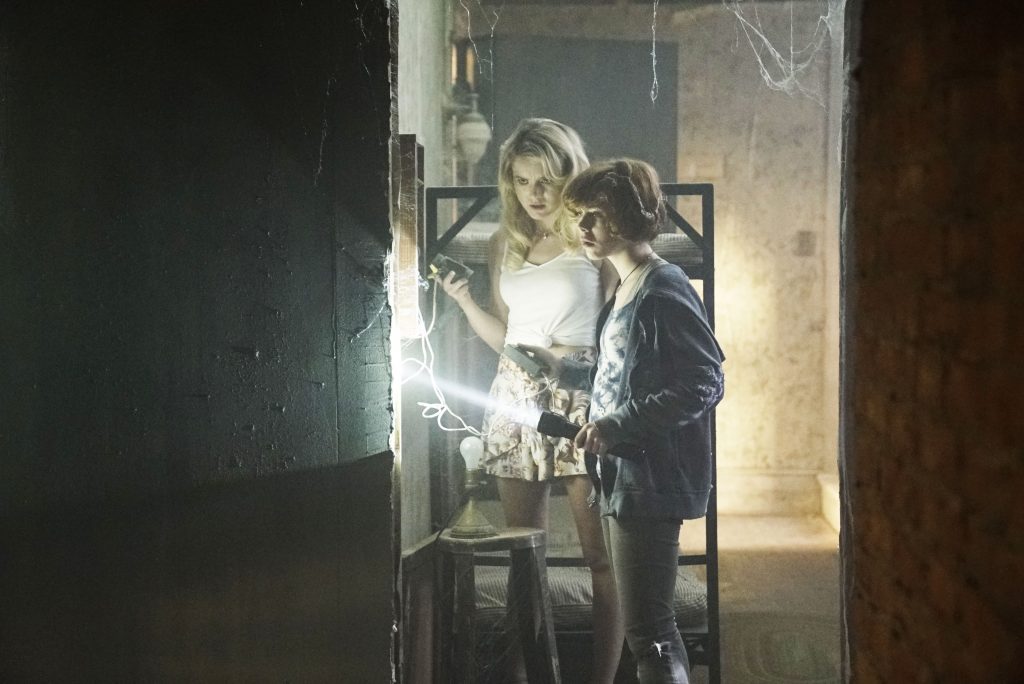