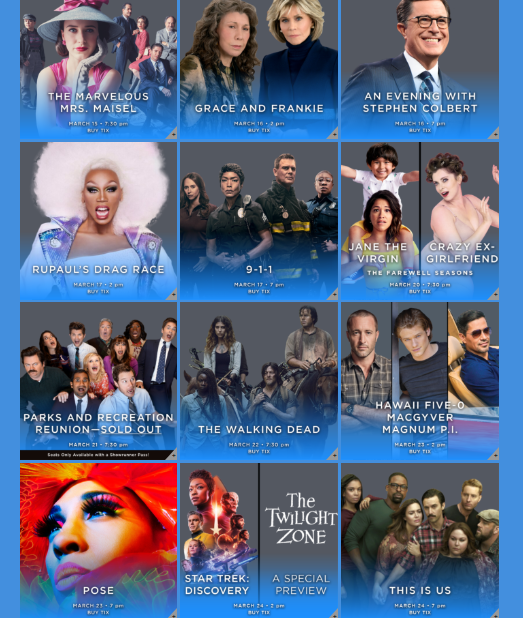 A few weeks ago, the first details for PaleyFest Los Angeles 2019 were released, and now we have more details on the scheduled guests for the event.

The annual event will take place March 15th-24th at the Dolby Theater in Los Angeles, and with it will be quite a few panels from a wide variety of TV shows, including a Parks and Recreation reunion.

March 17th will see 2 panels taking place. At 2pm VH1’s RuPaul’s Drag Race will sashay their way on to the stage with RuPaul, Michelle Visage, Carson Kressley, Ross Mathews, and Executive Producers Pam Post, and Tim Palazzola schedule to be present. More guests for this panel will be announced later.

Wednesday March 20th will only have one panel, but it’s a dual panel for the farewell season of both  Jane The Virgin and Crazy Ex-Girlfriend from the CW scheduled at 7:30pm.

Saturday March 23rd will have two panels with CBS’s Hawaii Five-0, MacGyver, and Magnum P.I. sharing the stage for a 2pm panel with stars including Alex O’Loughlin from Hawaii Five-0, Lucas Till, Tristin Mays, Meredith Eaton from MacGyver, and Jay Hernandez, Zachary Knighton, Stephen Hill, Tim Kang, Amy Hill from Magnum P.I. as well as Peter Lenkov, who is the Executive Producer for all three shows.

PaleyFest Los Angeles will wrap up on March 24th with CBS All Access’s Star Trek: Discovery and The Twilight Zone getting the 2pm slot.