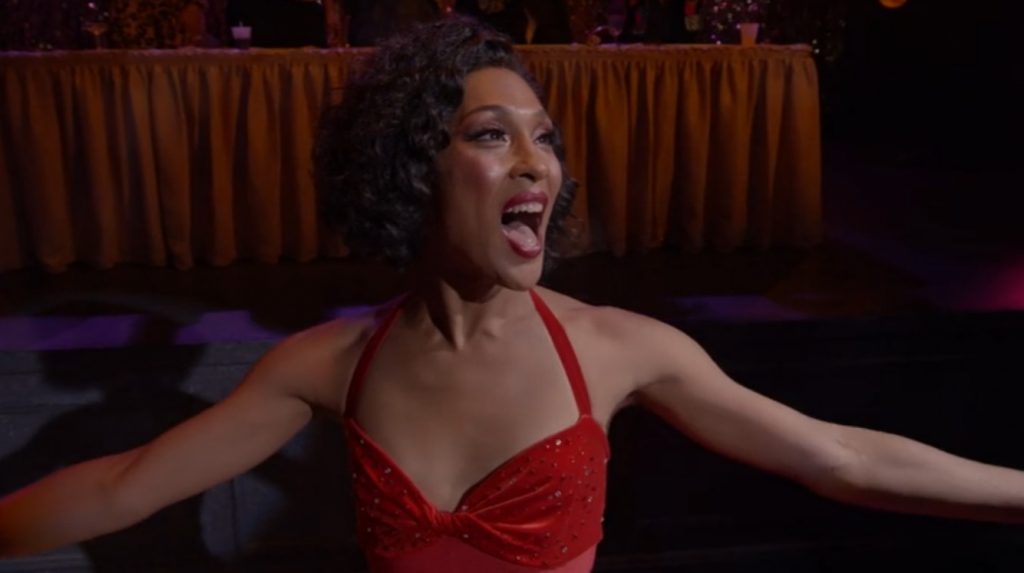 Blanca during ‘In My Heels’ (Image: Screengrab)

The second season of Pose came to end with ‘In My Heels.’ For some reason, it felt like a series finale. However, the show will be coming back for a third outing. So, yay!

Pose Season Two has been a bit weird for me to enjoy. Certain narratives felt disjointed while a number of plotlines were introduced, then hastily forgotten (Angel’s drug problem was definitely swept under the rug). Having said that, Pose is still an amazing show that’s deserving of all the love it can get.

‘In My Heels’ offered an enjoyable finale that showcased the strong sense of family in Ballroom culture. I didn’t like the writers trying to use a death-scare twice, though. They did it with Pray Tell in episode 6 and then did it again with Blanca during the finale. I hope the writers focus more on interactions and moments that feel natural going into the third season instead of using tropes to elicit an emotional response.

The title for this episode made sense because of the Ballroom-centric issue Elektra shared with Pray Tell. Having trans women be continuously judged by a panel of cis gay men just doesn’t look or feel right. I liked seeing Tell understand where Elektra was coming from and then getting the other panelists to make changes.

It’s not being easy being a woman in a male-dominated society, let alone a trans woman. We got to see a bit of that through Frederica’s story, too (especially during ‘In My Heels’). Even though she’s a successful businesswoman, she’s still not given any respect by men in her line of work.

The entire second season has been about fostering strength within an ostracized community, something many in the LGBTQ+ community would like to see even today. While the first season was more about the competition between different houses, the show’s second outing has been about giving more time to members of various houses doing what they can to support others in need. I enjoyed the change in Elektra’s personality. She is still the Elektra we met during the first season, but a better version. Growth!

The LGBTQ+ community has always been about perseverance. No matter how many times it falls down, it never fails to get right back up again. The arcs of the main characters were about being persistent. Angel, with help from her fiance Papi, didn’t let go of her dream of becoming a model. Damon completed his studies and pursued a career in dance. Blanca continued to be a good mother for her children while opening a nail salon and battling HIV.

Even when Pose became tear-jerkingly emotional, it always showed a ray of hope to bring home the idea that there’s always a path forward no matter the trouble.

I’m excited to see what happens in the third season.

Previous:YouTube Premium’s “Impulse” Second Season Drops This October!
Next: The Star Wars Hotel is Coming and My Wallet is Crying