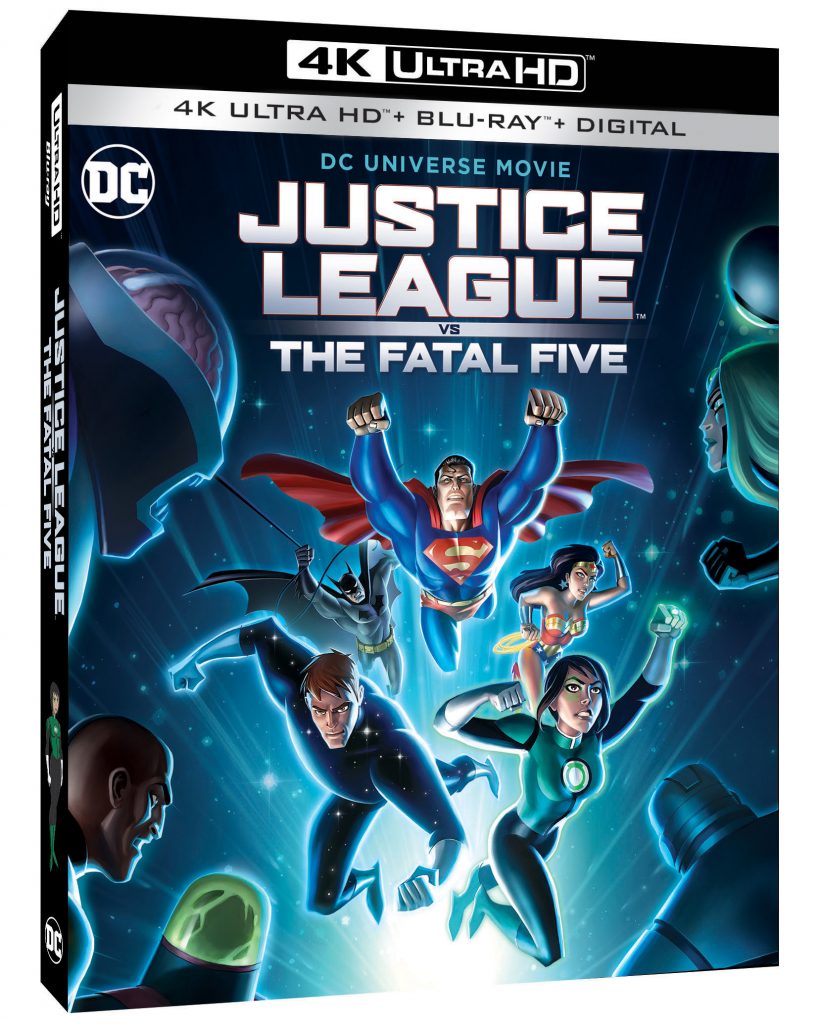 Fans looking forward to watching Justice League vs. The Fatal Five won’t have to wait too long. The next entry in the DC Universe Movies will be released by Warner Bros. Home Entertainment on Digital come March 30, 2019. The 4K Ultra HD Combo Pack and Blu-ray Combo Pack releases will follow on April 16, 2019!

The upcoming animated movie, produced by Warner Bros. Animation and DC, will feature a plot where “the fate of the planet rests on the shoulders of a reluctant Green Lantern and an unstable hero from the future.”

Justice League vs. The Fatal Five finds the Earth’s future hanging in the balance when the Justice League faces a powerful new threat – the Fatal Five. Superman, Batman and Wonder Woman seek answers as the time-traveling trio of Mano, Persuader and Tharok terrorize Metropolis in search of budding Green Lantern, Jessica Cruz – whom they need to free remaining Fatal Five members Emerald Empress and Validus in order to carry out their sinister plan. But the Justice League discover an ally from another time in the peculiar Star Boy – brimming with volatile power, could he be the key to thwarting the Fatal Five? An epic battle against ultimate evil awaits!

Producer Sam Liu (Reign of the Supermen, Gotham by Gaslight) directed Justice League vs. The Fatal Five from a script by Eric Carrasco (Supergirl, Justice League Action) and Jim Krieg (Batman: Gotham by Gaslight) & Alan Burnett (Suicide Squad: Hell To Pay). The film is based on a story by Carrasco. Burnett and Krieg are also co-producers. Amy McKenna (The Death of Superman) is a producer. Co-Executive Producers are Benjamin Melniker and Michael Uslan. Executive Producers are Sam Register and Bruce Timm (Justice League/Justice League Unlimited, Batman: The Animated Series).

Are you excited to watch Justice League vs. The Fatal Five? Let us know.

Previous:“Nancy Drew and The Hidden Staircase” Releasing This March (Updated)
Next: Gail Simone Is Poking Food Brands On Twitter To Ask: Marvel or DC?