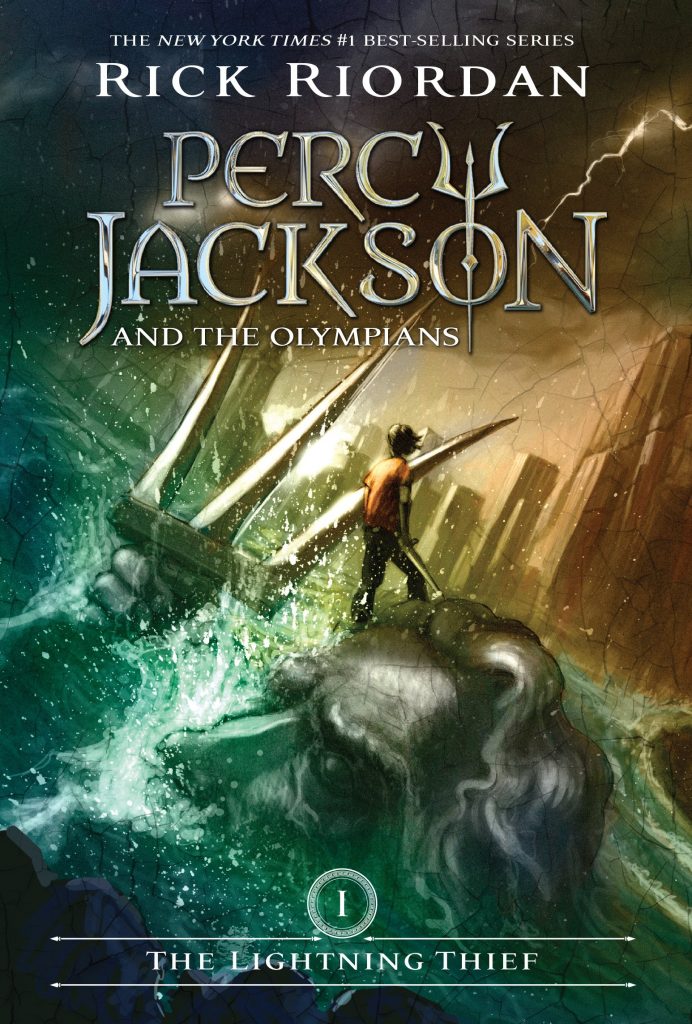 Rick Riordan shared some fantastic news on his social media channels this afternoon. After months of negotiations, a brand new Percy Jackson series is coming to Disney+! Get ready, demigods, this is gonna be good!

The Percy Jackson series is still in its early stages, so not much is known about it other than what Riordan said in his short statement. It looks as though the series will follow in the footsteps of other book-based series like Game of Thrones and Outlander in adapting one book per season. Riordan and his wife, Becky, will be actively involved.

After the Disney-Fox merger was finalized last year, Percy Jackson fans (including me!) began speculating that Disney, which publishes Riordan’s best-selling series (as well as all of its spinoffs), would reboot the series with a new live-action adaptation. We were hoping that there would be an announcement at last year’s D23 convention, but there wasn’t, and Riordan has spent the last nine months coyly answering any questions about a remake.

20th Century Fox previously owned the movie rights to the franchise and put out films of the first two novels, The Lightning Thief and The Sea of Monsters, in 2010 and 2013 respectively. Unfortunately, the movies were received poorly, and fans were put off by all of the unnecessary changes made to the story and the characters. (I never even saw the second movie because the first movie bungled the plot so badly.) Riordan was not involved with the films and often avoids discussing them when asked.

Luckily, in the statement that Riordan posted on Twitter and Facebook, the new series should align more closely with the plot of the books.

Hey Percy Jackson fans, for the past decade, you’ve worked hard to champion a faithful on-screen adaptation of Percy Jackson’s world. Some of you have even suggested it would be a great series for Disney+. We couldn’t agree more! We can’t say much more at this stage but we are very excited about the idea of a live-action series of the highest quality, following the storyline of the original Percy Jackson five-book series, starting with The Lightning Thief in season one. Rest assured that Becky & I will be involved in person in every aspect of the show. There will be much more news in the future, but for now, we have a lot of work to do! Buckle up, demigods. It’s going to be a fantastic, exciting ride!

I highly recommend picking up the series if you haven’t already (and continuing onto its sequel series, Heroes of Olympus), but for those wondering what will be different, for starters, Percy and his friends are younger in the books – 12, instead of the films’ 16. The relationships between the gods and their children are much different and a huge driving force of the overarching plot. Also, it aligns much closer to actual Greek pantheon rather than a bastardized version of Judeo-Christian religious beliefs.

There are likely to be concerns about Riordan being so involved, as authors don’t necessarily make good showrunners, but I consider this to be a good thing. I don’t expect him to be doing everything, and I don’t think that’s what he means; I believe he will have influence over the direction of the series, and this will help prevent the show from drifting off course the way the films did.

One of the reasons that The Lightning Thief filmed failed so spectacularly is that it rushed through the beginning in order to get to the larger plot – which it then also proceeded to mess up. In the books, much like in the Harry Potter series (to which the current franchise is often compared to), there are a good eight or nine chapters of setup before we even get to the main mystery. The world of Camp Halfblood is vast and detailed, and the film did not do it justice.

A television series, unlike a film, has the time to give exposition in a more natural way, rather than cramming it all into a five-minute scene that includes announcing one of the book’s biggest reveals in a completely nonchalant manner.

I am extremely excited about this news. I have been waiting for this since August, and I could not be more thrilled. I trust that Riordan has his finger on the pulse of what Percy’s fans want, and I’m optimistic about the new Percy Jackson series. I’ll be on the edge of my seat until this hits Disney+.

Hmm… I think it’s time for a reread.