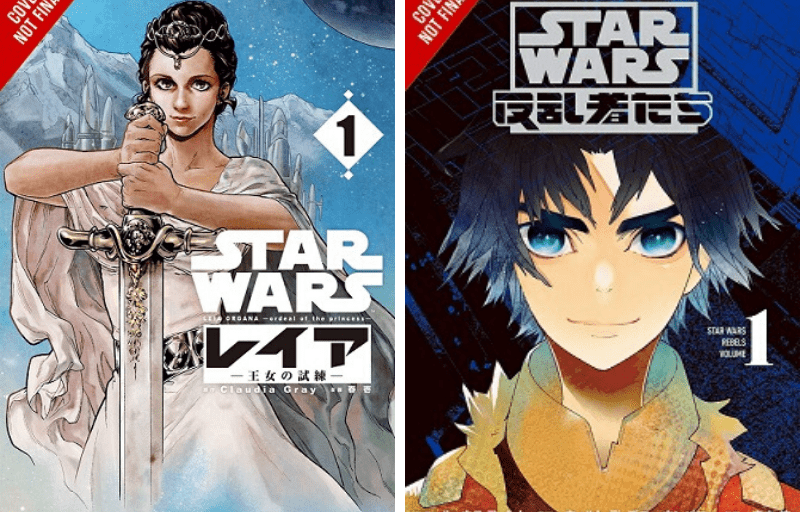 Star Wars has been getting manga adaptations since way back in 1998, when the original trilogy was adapted by Dark Horse Comics. Now we have new Star Wars manga to look forward to: Star Wars Leia, Princess of Alderaan and Star Wars Rebels.

Like all previous Star Wars manga so far, these books are adaptations of much-loved stories from the combined Star Wars Universe.

Star Wars Leia, Princess of Alderaan is based on a young adult novel by Claudia Gray, who also wrote the manga adaptation. The story follows Princess Leia before she joined the Rebellion – back when she was preparing to take the throne on Alderaan. She goes from trying to figure out why her parents are being weird to learning about the Rebellion. Once she learns her parents’ secret she has to decide if she wants to help and how far she’s willing to go.

Leia, Princess of Alderaan isn’t Gray’s first outing with manga, or even the first Star Wars manga she’s written. She did the adaptation of her Star Wars: Lost Stars novel (with Yuusaka Komiyama handling the art).

Haruichi Furudate is doing the art for Leia. He’s best known for his work on Haikyū!!.  Between his art and Gray’s work on past Star Wars manga, we have a good idea of what to expect stylistically from this book.

Star Wars Rebels is (obviously) based on the animated show about Ezra, a Force-sensitive con artist who gets pulled into Galactic politics. (That’s such a weak description, but seriously if you haven’t seen Rebels love yourself enough to watch). Art and story are by Akira Aoki.

This one is going to be under a lot of scrutiny. Rebels is one of the best-loved additions to the Star Wars Universe, and I’m a little surprised to see a relative newcomer on the title. The Japanese version has been out since December, though, and the art looks solid from what I’ve seen.

Plus, both Disney and Lucasfilm are riding herd on these books to various degrees. I find it hard to believe they’s choose someone who couldn’t handle the work. I’m reserving judgment until I can read for myself.

Let’s hope the quality stays high for these books. They’re both set to launch this fall, so we’ll let you know when we know more!