While there was a  lot of first day Disney+ content to choose from, I’d be lying if I said I spent even a second considering any other option besides The Mandalorian.  I’ve been waiting for this day ever since they first announced that it would be on the streaming service, and I knew way back then that I was going to have to buy it to keep up-to-date with Star Wars.  And I was oddly okay with that.

After the long wait, I was treated to a nearly perfect pilot episode that has given me confidence in this particular direction that the Star Wars franchise is moving in.  If this is what Disney has in store for us, we’re in good hands.  I know there’s a lot of people out there who haven’t been a fan of what the franchise has been doing lately, but this feels different. I don’t necessarily think we should cave into every demand of the loudest critics, but it felt like ‘old Star Wars,’ which may be enough to please a certain segment of this crowd.

Like Rogue One and Solo, this is set prior to our current trilogy, playing around in the timeframe of the original stories. While the aforementioned two films are set prior to A New Hope, this one takes place after Return of the Jedi.  This means that it could conceivably directly cross over with the films.  I don’t think that’ll happen here to any significant degree, however.  There are a few tidbits that remind you that stuff is going on in other parts of the galaxy, but it feels so very far away and disconnected from what’s playing out on the show so far.

A huge part of me is relieved that we are taking a few steps further away from the Skywalker family drama that dominates the franchise. Yes, I know they are the main characters and I’ve enjoyed the series, but man, there’s a HUGE universe out there to explore, and I’m excited to see something else for a change.  Please show me the dirtier, grittier edges of the galaxy, and tell me the story of someone who isn’t tied to the Skywalker clan.

The unnamed Mandalorian seems to be a perfect protagonist for the series, which is probably the hardest thing to execute when attempting to portray a kick ass bounty hunter who is constantly hidden behind a helmet. At first I was afraid that he would be a one dimensional killing machine that we can’t connect with, but I was wrong. Pedro Pascal somehow emotes through the visor, showing that our protagonist has imperfections, a sense of humor, and a dash of unresolved trauma that he desperately needs to grapple with.  There’s a person under that helmet, and somehow he’s relatable. Thank you, Pedro Pascal.  You nailed it.

I think my favorite moment in regards to the protagonist’s relatability is the goofiest moment in the whole episode.  We know that he’s a complete badass, and we’re treated to many scenes proving just that, but when he tries to mount the blurrg, we see that he can be imperfect at times, and a wee bit silly too.  And sometimes we do have to remember that Star Wars can get silly, and just roll with it. The Mandalorian sucks at riding blurgs. It is what it is.

This was the exact thing I needed to alleviate my fears about being stuck with an unrelatable main character.  If they can play the badass protagonist off as kind of silly while still kicking ass and taking names, they might be able to strike the right tone for the series overall.  We don’t need a perfect badass. We need someone we can find something in common with. Maybe looking like a dumbass once in a while is just that thing.

Werner Herzog also delivered on all fronts.  And while I half expected him to break into his  soothing documentary commentary voice over at any moment, he also fit into the role of a bounty hunter client quite well.  I still couldn’t quite detach him from the filmmaker I’ve grown to love over the years, but I found that it wasn’t distracting to the point of being detrimental.  I hope to see more of him.  But honestly who knows? Now that the Mandalorian is off on his mission, the client’s role in the plot may be done. We’ll see I guess.

The music was also spectacular, setting the mood for the story playing out on screen perfectly.   No, it’s not John Williams. But that’s alright. Ludwig Göransson brought something different to a very different story.  The vibe is great, and only adds to the feeling that we are stepping further away from the Skywalkers and into something totally new.  However, that idea might not be all that appealing to the certain critical segment of fandom that wants to return to old Star Wars entirely. But again, the rest of the episode felt like old Star Wars, so maybe it won’t cause too big of a backlash. The music was great, guys. It’s okay that it’s different.

Now remember I said this was NEARLY perfect.  There is one glaring flaw here that we need to talk about. How can they have an ending that franchise-altering and not have the series released internationally at the same time?! You have made the Internet a hellish minefield for global geeks everywhere.  While I certainly won’t talk about this episode openly right away, after a few days – certainly after a few episodes maximum – we are going to want to start chit-chatting about it on social media.  Memes are going to happen. Fanart is going to get produced. Headcanons and meta commentary is going to start to spread across social media.  You can’t possibly expect that secret to stay hidden for months?

So I guess the flaw isn’t so much with the episode itself, but with this unfortunate release schedule. Outside of that, I can’t think of a single thing that I disliked about it. Bring on Chapter Two! 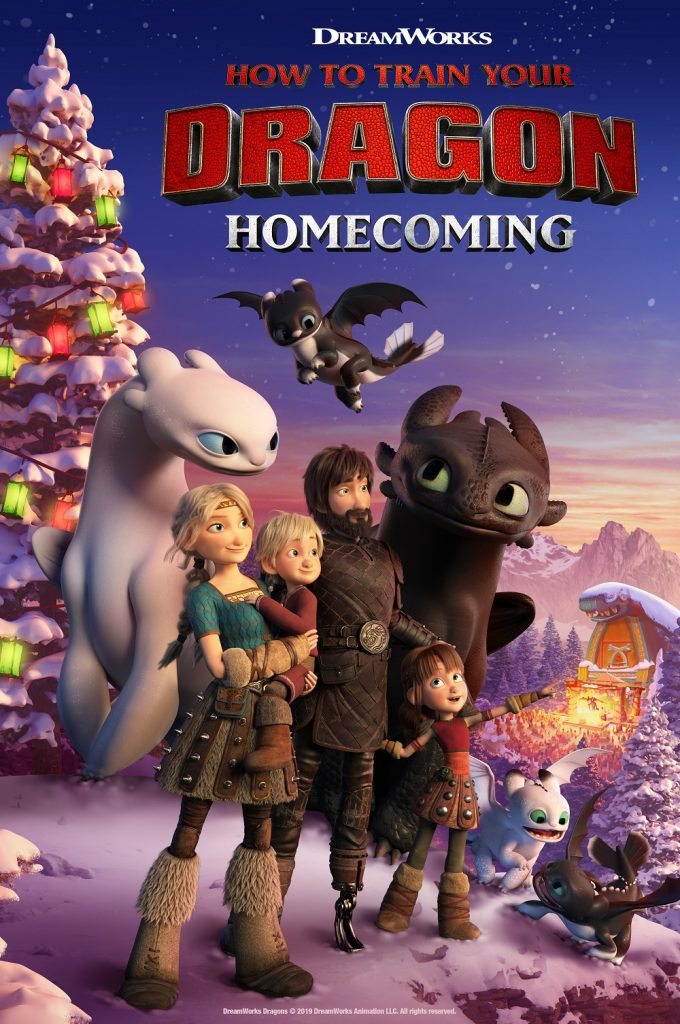 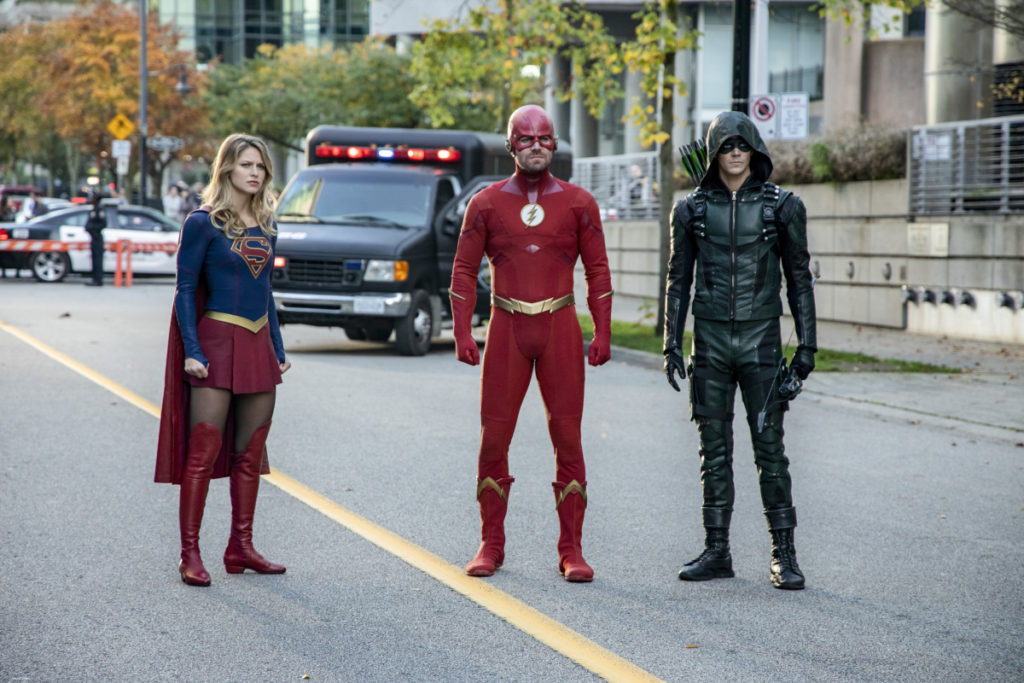 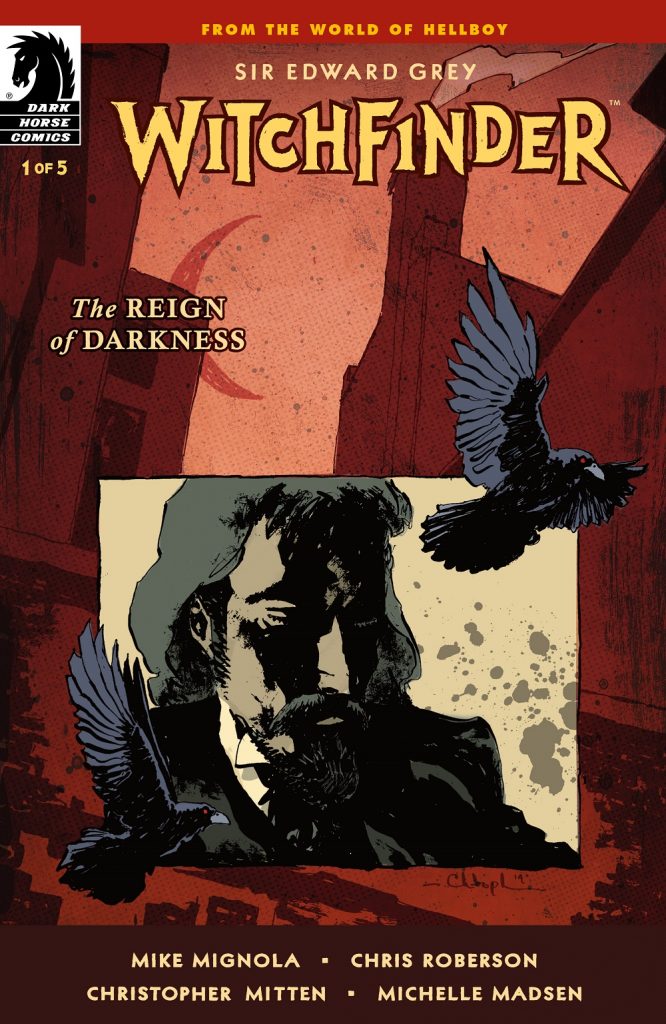