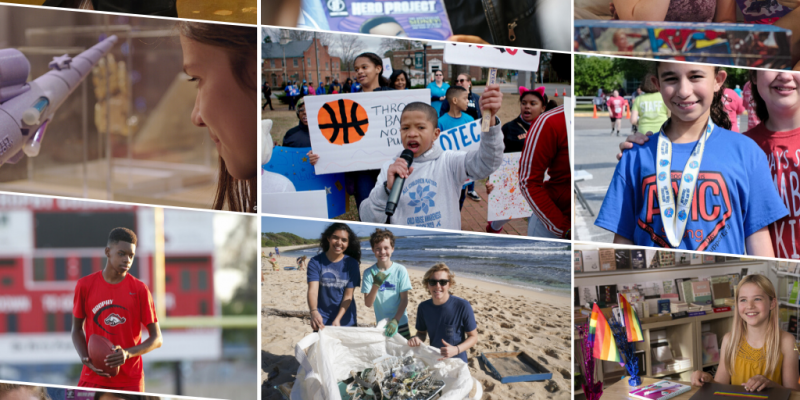 Disney+ launches in just over a week, along with a flood of classics and new content. That first day is going to be a global binge-fest. One new show we think shouldn’t get lost in the chaos is Marvel’s Hero Project. The project puts the spotlight on kids from wildly different walks of life who are making a difference in their community and gives them the hero treatment – complete with their own comic books! Liza Wyles gave The Geekiary some insight into putting this show together with so much heart.

Liza Wyles is one of the Executive Producers for Marvel’s Hero Project, Marvel Entertainment’s first venture into unscripted television, and it’s awesome. After watching a few episodes, I can tell you it’s going on my “happy shows for a bad day” list. Real talk, I had a small fear because it could so easily have drifted into questionable territory, like other shows that seem to exploit disabled, marginalized, or disadvantaged populations for ratings.

That isn’t the case here. The creative team manages to avoid being maudlin or condescending by having the Heroes and their families tell their stories in their own ways. They also use talented industry professionals to make the comic books and introduce each episode. Everything combines to creates a powerfully genuine feel to the stories. Here’s what Wyles has to say about how everything came together and what we can expect for the future.

The Geekiary: Marvel Entertainment hasn’t done any unscripted television before. Why did they choose the Hero Project as the first, and how did you get attached?

Liza Wyles: I haven’t been with Marvel that long, just over a year. On my first day, this project had just gotten the go-ahead to go into production, so I was here from the beginning of the pre-production period. We already had a production company on board to work with us on it.

The genesis of the idea had come from a discussion that one of the executives had with their kid, where they asked, “What if kids could be superheroes? Like real kids, for real?” That launched a discussion of what that might look like and how we can continue to tell the stories that our audiences have grown to expect from us at the quality they’ve come to expect from us, in the real-life space. That was an exciting composition and a new challenge for us to take on. 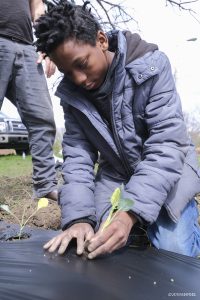 What really hits me is how casual these kids are about what they’re doing- almost embarrassed sometimes, like, “Of course I’d do this, it needs to be done, what’s the big deal?”

TG: There are so many kids doing good out in the world. How did Marvel choose the Heroes we’re going to see on the show?

LW: Our production company put in a lot of time researching from all over, from things they maybe heard about on the news to very, very small communities getting local recognition in a local paper. We wanted to put the spotlight on kids who were recognizing the need for a change within certain communities – most of them within their own communities – and really sticking around and seeing their work through to make that change. There were results.

[The Heroes] were putting in the work and getting results at a local level and doing so altruistically, because they wanted to. They thought it was the right thing to do, not because they had some kind of goal or wanted to get a bunch of followers on Instagram or they had to do it for a school project. It was all homegrown effort.

TG: Looking at the kids we’re going to see in the show, they’re dealing with a lot of really important and sensitive issues – child abuse, trans rights, homelessness, racial inequality. Are you working with any advisers in those areas or will the heroes be the ones presenting the education?

LW: It’s [presented] less from an educational standpoint. We’re leveraging real-life experiences, so the people who are speaking about these issues… the issues touch them. They’re working against them, or they’re living in communities where it affects them directly. These are first-hand accounts of people dealing with a lot of these issues. It’s not a cause they’re just striking up in most cases. I can think of one or two kids who are trying to work towards change outside their immediate community, but it still has an effect back home for the better.

TG: You’re a parent yourself. Can you talk a little about what it’s like as an adult to be working with kids who are diving into problems that even some adults shy away from?

Liza Wyles: I think that was illuminating to me as a parent. Kids have big plans and big ideas, you know. We listen to them as adults and go, “Oh sure, when you grow up you can. When you get older you can.” But what we’re failing to hear is that they want to do this now. Why not try to look for ways to support them with our adult brains and experience helping to realize their big, big dreams and big goals?

I have to say, as a parent, I’m listening more closely to what my kids are saying. Instead of just saying, “Yes, one day”, it’s like, “Okay, let’s get into it now! Let’s start training now for whatever you want to be. Let’s do it.”

TG: Was there anything you learned from the Heroes that surprised you – just something you didn’t know?

LW: I think what surprised me was just how many people are out there doing great stuff. On a day-to-day basis, we are bombarded with a lot of bad news. We hear news and just calibrate towards, “Oh, it’s bad news” right? But this is good news, and we forget that we can shine a spotlight on this stuff too. It’s just reminding me that, the bad is always there, the good is always there, but we can really amplify the good.

I think that’s what Marvel is trying to do here by telling these kids stories in the way only they can, with the inclusion of creating heroes out of the kids that show up in their own comic books. It recognizes that real-life heroism deserves that spotlight and deserves a special place. Especially because it’s so inspiring for other people to want to follow in those footsteps. 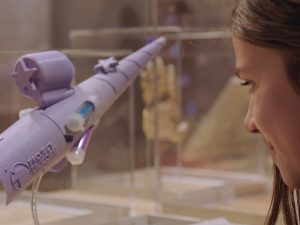 The first episode is about a girl who (among other things) designed and built a wearable prosthetic GLITTER CANON. How cool is that?

TG: So, without spoilers, we know the heroes are going to get the superhero treatment – comic books and things made just for them. Comics take a while to make. Is this a total surprise to the kids, or do they kind of know it’s coming?

LW: They had no idea! Part of the joy of working on this show is literally seeing their faces light up when they are completely surprised, completely celebrated. Then they open this box and they see themselves as a superhero. I think it shows up in a lot of the episodes, when the parents reflect on that moment, it’s: “What a thing for someone else to see my child the way I do. I think my kid’s great, but all these other people are recognizing the hard work this kid is doing and the change this kid is making, they see it, too.”

TG: Were there any kids you wanted to feature, but it just didn’t work out?

TG: Do we think there will be a second season?

TG: The kids are getting their comic books put up online for everyone to read. Are there any thoughts about if one of them takes off and people love it, maybe integrating that hero into other lines and comics we love? Or is this something in the “maybe” column?

LW: We call them all Issue #1 for that particular hero, because that’s how we start every run of a comic. But we haven’t yet delved into that. We haven’t even launched yet, so we’re still seeing what the reaction is. I’d like to think we can keep creating great stories around the people we feature in the show.

Thanks to Liza and Marvel for the interview! Watch Marvel’s Hero Project when Disney+ launches on November 12. We’ll be doing episode reviews here every time an episode drops – weekly, so you can easily fit this into your binge schedule.

Also, watch this space because we have an interview with one of the Heroes in the works!