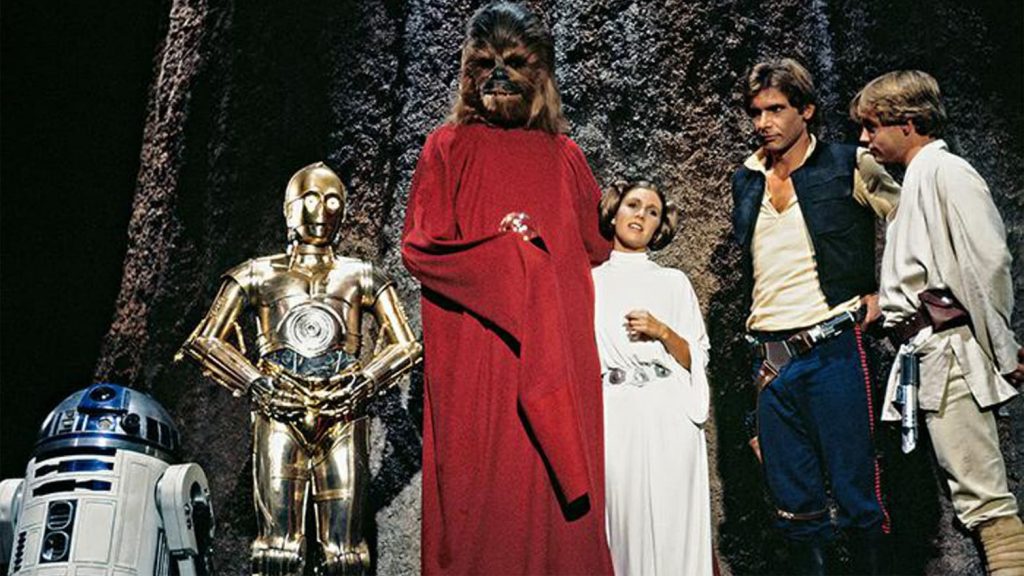 When Disney+ launched, the Star Wars Holiday Special was notably absent.  But Jon Favreau may have plans to bring us a new spin on the infamous film.

The Star Wars Holiday Special has been almost universally panned, becoming an infamous piece of Star Wars fandom lore that is generally forgotten about unless it’s being made fun of.  When Disney+ launched I looked for it, but wasn’t entirely surprised that it was left off the roster.  Jon Favreau, though, seems to be on board with giving it another shot.

In an interview with Variety, he said the following:

I would definitely be interested in doing a holiday special. And I’m not going to say who I would be interested in. But one of the people is the member of the cast in an upcoming episode of [The Mandalorian]. So we’ll leave it at that for now. I’ve been thinking about it. It’s ready, the ideas are ready. I think it could be really fun. Not as part of this, but there’s an excitement around it because it was so fun and weird, and off and not connected to what Star Wars was in the theater.

The Mandalorian has already made Life Day canon, so it’s not too many more steps to have a full blown special about it again.  And maybe this time it’ll be a bit less terrible.  Or at least it’ll be terrible in an interesting fashion.

It’s a bit too late to make that idea a reality for this season.  These types of things take months if not years to plan and produce.  Unless they’ve been keeping it under wraps like that bombshell of a plot twist at the end of the first episode of The Mandalorian, we’ll be stuck with the 1978 special for this holiday season.  But could we get a Life Day celebration for 2020? I’m hoping so! Come on, Favreau.  Make it a reality.