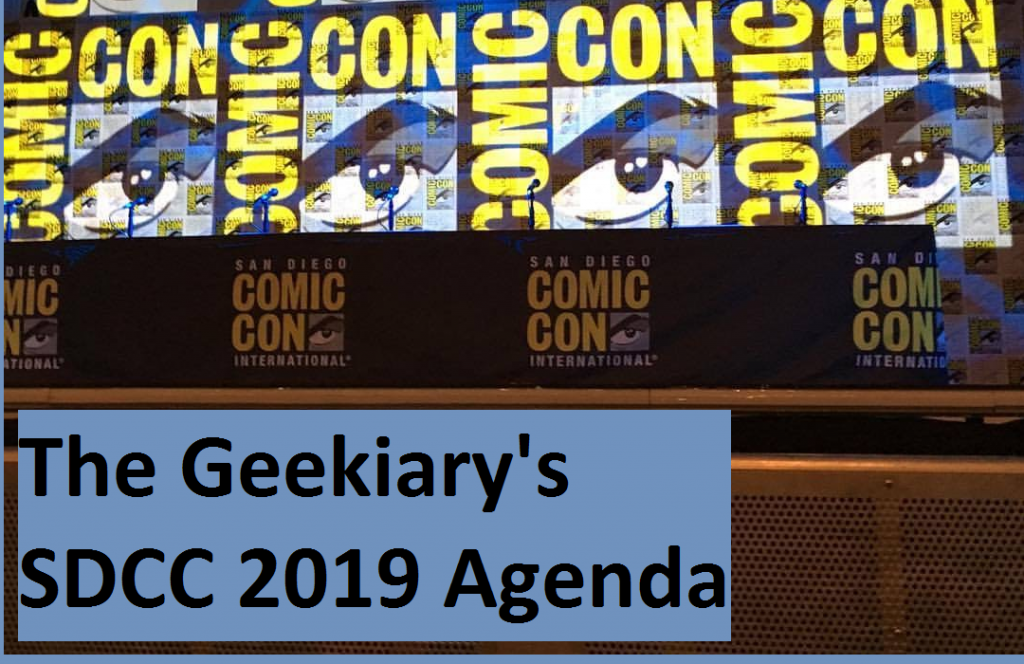 We here at The Geekiary are embarking on our 6th year of SDCC coverage and we’re excited to share our agenda for this year with you!

This agenda will be updated right up until the first day of the con, so check back frequently!  We’ll include information about panels we plan attending, anticipated press rooms, off site events, and more.  We’ll include links to where you can follow our SDCC coverage and our expected scope.  *Coverage is subject to change.*

If you are interested in attending SDCC 2020, please check out our SDCC Badge Guide, SDCC Hotel Guide, and SDCC Newbie Guide for more information.

Join us at 6:00 pm Eastern/3:00 pm Pacific on our YouTube channel for our live Pre-SDCC webcast!  This year’s theme: SDCC on a Budget.

Jamie, Erin, Angel, and Tara will walk you through the ins and outs of attending the biggest pop culture con in the United States while on a tight budget.  We’ll tell you how we navigate the pricey hotel room situation, get cheap or free food, and still manage to party all without breaking the bank.

We take a quick break from our con coverage to travel to Batuu for a look at Galaxy’s Edge.  Admin Angel and contributor Dan will live tweet the experience on the official Geekiary Twitter account as well as their personal accounts.  We’ve already written about tidbits gleaned from early previews of Galaxy’s Edge, but we get to experience it live and in the flesh ourselves just a few days before con.  Follow us and stay tuned for coverage!

Check out our Twitter account shortly after noon Pacific Time for some sneak peeks at the Amazon Studios offsite featuring The Expanse, Carnival Row, and The Boys.

Throughout the day, keep an eye on our Facebook and Instagram accounts for live video and photos from around the convention as things get set up and the energy ticks up a few notches.

Join us at 7:00 pm Eastern/4:00 pm Pacific on our YouTube channel for our Live SDCC webcast!  Jamie, Erin, Dan, and Angel will go over all of our plans for the week (much like this post!) and show you some of what we’ve experienced so far.

Angel will spend the morning hitting up various sites on the Exhibit Hall floor including Toynk Toys, Con Rangers, Graphitti Designs, and more!  Stay tuned for a conversation with the women of the Hollywood Game Changers panel, too.

Jamie plans on hitting the Exhibit Hall and perhaps an offsite or two (like the Amazon Experience, since she’ll still be on a plane when everyone else is going) before braving Hall H for the His Dark Materials panel! Make sure you follow her tweets from the panel on our Geekiary Twitter account (if she’s able to get in!). 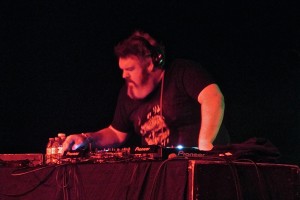 At noon, Tara will be hosting her panel at the Neil Morgan Auditorium, San Diego Central Library: A Song of Ice and Fire: Game of Thrones Fan Discussion.  If you’re at the con, go check it out!

Erin has several press rooms throughout the day, including Van Helsing and The Order, so be sure to watch our YouTube channel for breaking video interviews. She will also be attending the Van Helsing panel, and continuing to document via Facebook Live.

Thursday evening, Erin and Angel will be hitting up ‘Rave of Thrones,’ a party held at the Omnia hosted by DJ Kristian Nairn.  Newsworthy? Probably not. But hecka fun? You betcha.  We may share updates across all of the Geekiary’s social media from this event as well as from our personal accounts. Meanwhile, Jamie will be popping by the Den of Geek Magic Mayhem party at the Horton Grand Hotel!

Angel will be spending all day in Ballroom 20 live tweeting Veronica Mars, Steven Universe, Brave Warriors, The Boys, and Carnival Row.  Follow our tweets on our Geekiary Twitter account.

Jamie will be panel-jumping for much of the day, starting off with She-Ra and the Princesses of Power followed by the official Shonen Jump panel. She also has an interview with illustrator Rosemary Valero-O’Connell about her new graphic novel Laura Dean Keeps Breaking Up with Me.

Erin has several press rooms throughout the day, so be sure to watch our YouTube channel for more breaking video interviews. She will also be doing some Facebook Live from around the convention. Who knows, you may even get to join her for some off sites and party action! 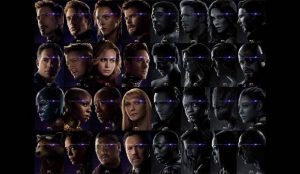 Buckle up because Angel is doing a second day in a panel room.  This time we’re live from Hall H!  The highlight of the day will be the Marvel Studios panel at 5:15 pm PT.  But there’s lots of programming before the big event.  We start at 11:30 am with the Enter the Star Trek Universe panel, followed by Westworld at 1:30, an animation block in the afternoon (no live tweeting during screenings, unfortunately!), and Women Who Kick Ass at 4:00 pm.  It’s going to be a long day, but there will be tweets the entire time.

More panel-jumping for Jamie! She’ll be kicking off her day with either The Dragon Prince or Seis Manos and hopefully will be able to squeeze into Supergirl and Brooklyn Nine-Nine in the afternoon. If not, there is a panel about the 50th anniversary of Apollo 11 that the space nerd in her just can’t ignore. She also has an interview with author Mary E. Pearson about her new book Vow of Thieves.

Erin has more press rooms throughout the day including one of our favorites, The Expanse, so be sure to watch our YouTube channel for video interviews.

Join us later that night for the Carnival Row party hosted by Amazon Studios!  Entry is at 7:30, with a screening at some point that night.  We don’t have the exact break down of events, but we’ll tweet what we can when we can.

Thanks for joining us for another amazing year of San Diego Comic-Con!  See you at SDCC 2020!