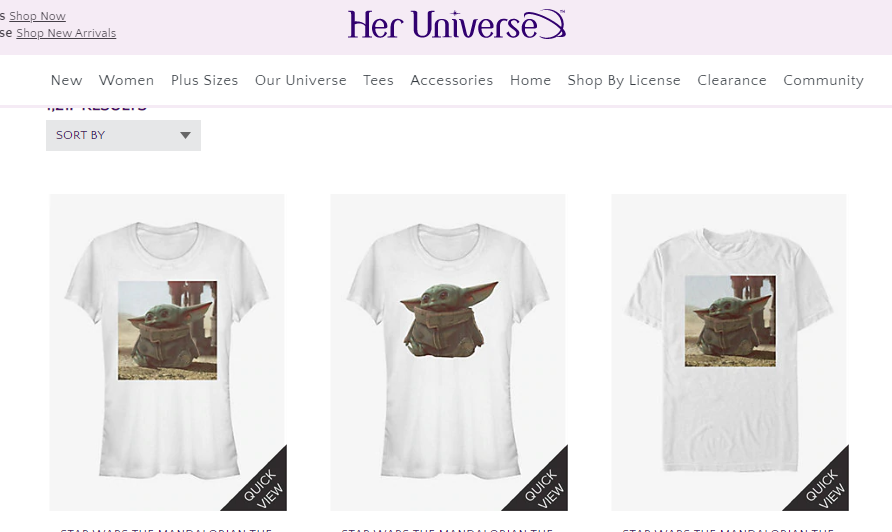 Baby Yoda merchandise is inevitable, but will it be released in time for the holidays? We might get lucky. The first officially licensed merch is starting to pop up, and we’re watching closely.

The apparent winner of the Official Baby Yoda Merch race seems to be Her Universe. There have been rumors that merch could hit shelves in Target, Hot Topic, Box Lunch, and a few other select stores as early as last Friday, but I sent my retail friends on a hunt to find this stuff and they all came up short. There’s a ton of bootleg merch already, because of course there is, but the official stuff is hard to find. Her Universe is the first crack in the dam, and I hope we start getting flooded quite soon.

The official merch on Her Universe is fairly simple so far. It’s a plain white shirt in four different cuts (1, 2, 3, 4) with a picture of the concept art. It’s a fairly quick and dirty design, and it’s not the usual stylish geekware we usually get from this company, but it’s the first. And you know what? I can understand wanting to rush something out fast to shout “first!!!” on what is clearly an incredibly anxious and excitable market. 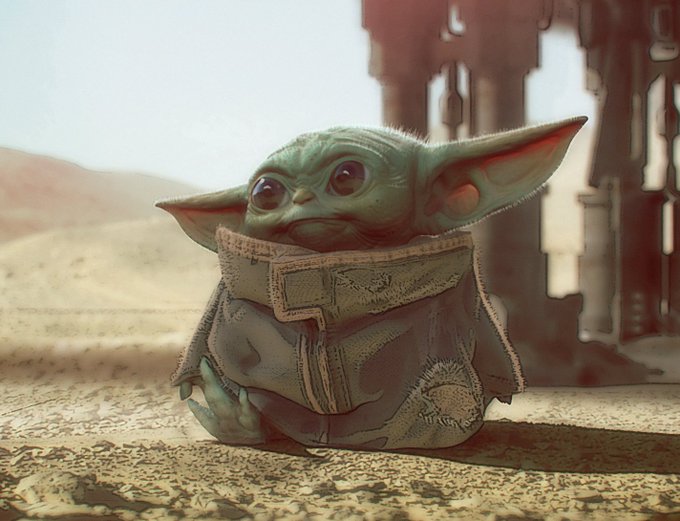 Her Universe is calling the creature ‘The Child,” which is what the show has listed him as so far. But it’s possible that at a later date we’ll have an official name or species that it might be marketed under. In this sense, Her Universe has played it fairly smartly here, because there’s no official name printed on the shirt like there would be on, say, a Funko POP!

I’m most excited for a Baby Yoda plush, which is definitely going to be a thing that we eventually get. But we may have to wait until The Child is officially named in the series before we get that type of merch. Even just sending toys into production could cause leaks for parts of the show that the creators don’t want out yet. But we’ll continue updating you all on Baby Yoda/The Child/Whatever We Will Call This Cute Baby merchandise as new stuff rolls out! Keep an eye out for updates.

UPDATE: And THERE’S MORE! And it’s all the same, basically.