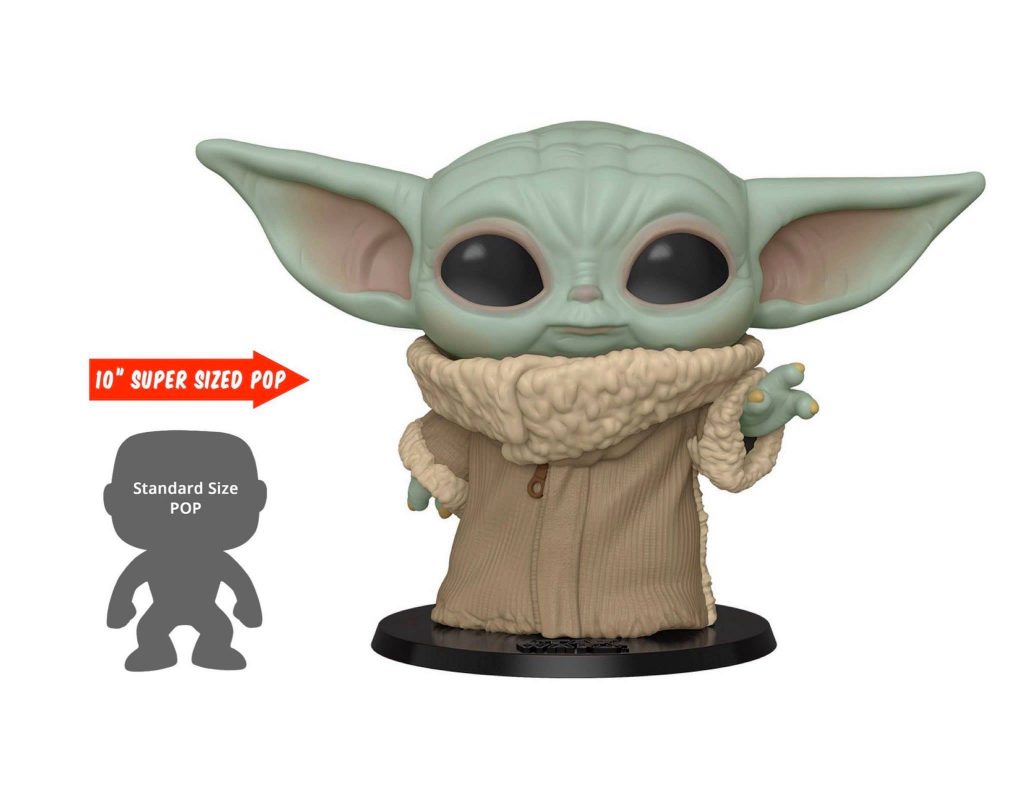 As mentioned in Update #3, a Baby Yoda Funko Pop! is on the way!  We also found a plushy, though the expected release date is many months out.

Like the initial leak from Update #3, it’s been posted so many times I can’t be certain where the leak initially came from.  But it’s out there now.  Thank you to whoever graced us with this fantastic preview picture.

There was also a baby Yoda plushy briefly listed on the Wal-Mart website, though now the link redirects to general Star Wars toys.  While it was up, however, it was shown as being available for pre-order with an expected delivery date of June 2020, which was then very briefly changed to May 2020 before being removed altogether. 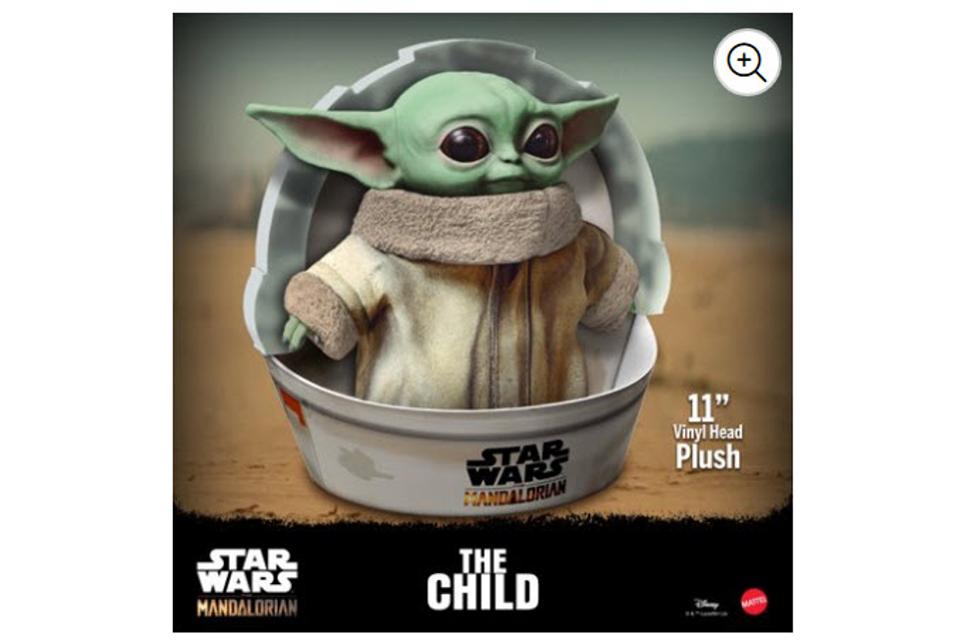 It’s possible Wal-Mart jumped the gun on this one and was forced to take it down.  Though why Disney would do such a thing, I have no idea.  People are dying for both a Funko Pop! and a plushy, so they’d surely make bank if they’d let this go to pre-order now.

UPDATE: Looks like The Child plushy is up on Entertainment Earth now, so maybe whatever embargo was initially up has now been lifted.  They have the Pops! too! Update to the Update: And the Disney Store!

Even though we wouldn’t get it in time for Christmas, we could at least have a picture of the item to place in a big fancy box and place it under the tree.  This happened to me a few times as a kid and happened with the first Star Wars toys back in 1977 so it’s not without precedent.  It’s a common tactic in regards to popular toys that might not be able to be on hand prior to December 25th.

It’s possible Disney wants to be the first to release this item, though.  Back in Update #1 and Update #2, we noticed that places like Target and Her Universe were stuck with very generic and basic T-shirts while the Disney Store actually had some variety with their apparel.

Speaking of variety with apparel, we’ve finally got some decent T-Shirt designs!  Check these two from Amazon (1 and 2). 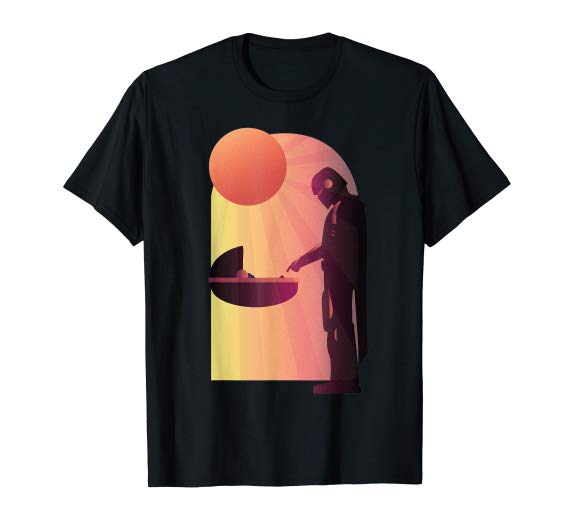 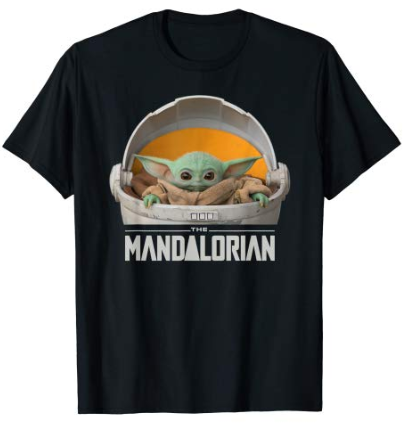 Thank goodness we’ve expanded beyond that one piece of concept art.  While that initial image was fantastic, and certainly something I shared across ALL my social media platforms, I definitely would rather have one of these two designs on a shirt.  I especially like the silhouette design from the end of season one.  If anyone who is looking to shop for me for Christmas happens to be reading this… *HINT* *HINT*  That’s a great one.

It seems that at this point we are definitely going with ‘The Child’ as the name of our precious little womp rat.  I had been speculating that the delay in merch was to keep the name or species name a secret, but we’re running with this vague moniker now.  This makes the delay in merchandise fairly egregious, but I suppose I am thankful that they managed to keep the initial reveal a secret.

The dam has broken and merch is starting to spill out across the Internet!  BRING IT ON!

Previous:Prepare Yourself for “Crisis on Infinite Earths” – Trailer Breakdown