Entertainment Earth just released a HUGE amount of Hasbro Baby Yoda merchandise, marking probably the biggest release of items since I started tracking it back on November 20th.

The Entertainment Earth Baby Yoda merchandise drop includes six different Hasbro figures/toys available for pre-order, all of which should be available by May 2020.  Merchandise began to roll out a couple weeks ago with a rather disappointing selection of shirts and mugs with the same design (Update #1 and Update #2), but then slowly started to introduce some Pops and dolls (Update #3 and Update #4).  Then we got some new artwork, which was thrown onto MagicBands, magnets, phone cases, and some shirts on Amazon (Update #5).

Having this release of six adorable figures is a fairly large and significant merchandise release, considering the previous updates. While the initial wave of shirts may outpace it on the sheer number of items available, it was all the same and hard to really consider as individual separate pieces.

The new dolls are as follows: 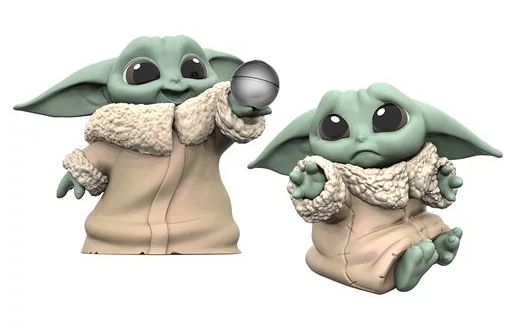 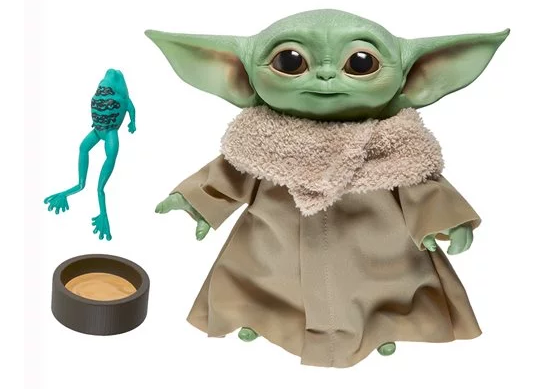 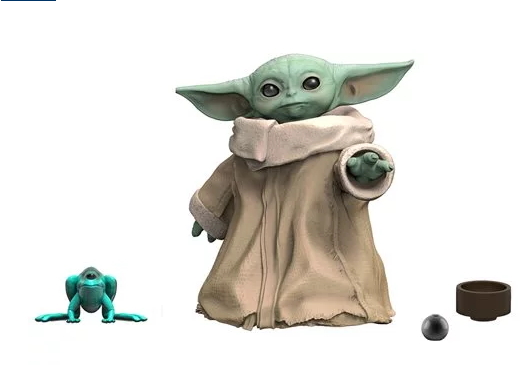 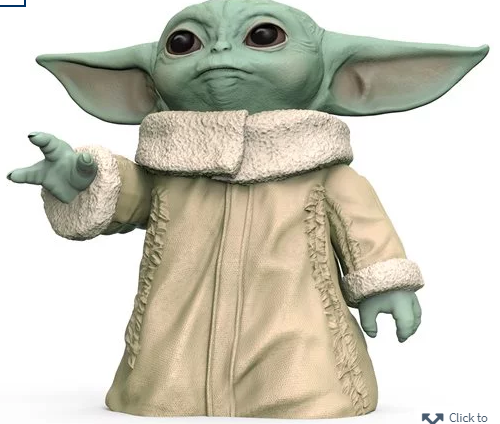 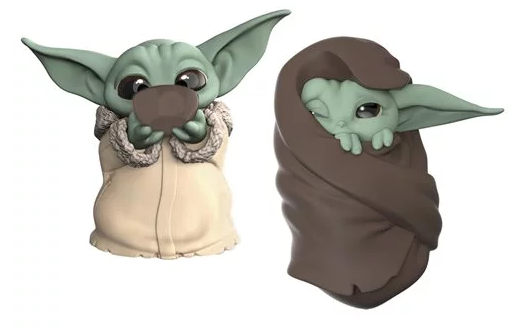 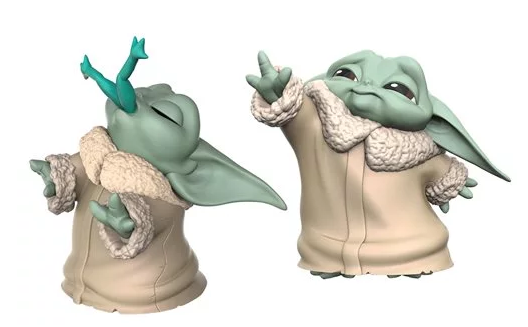 I’m personally a big fan of all the mini-fig designs.  They are by far the cutest.  I don’t really collect mini-figs yet, but this might drive me to at least have THESE particular figs.

Entertainment Earth also has some other cute Baby Yoda merchandise available and, while they aren’t as jaw droppingly amazing as these toys and figures, it’s still worth checking out.  They have these mugs (1, 2, 3), which seem to be the same design that came out during Update #5 for the MagicBands and Amazon shirts.  Then there are these two mugs (1, 2), which are just screen shots from the show with sassy words.  But then there’s this mug, which is a design I have not yet seen before.  It’ll be interesting to see if this art shows up elsewhere.

Meanwhile, other Baby Yoda merch dealers seem to be taking the new designs and slapping them on shirts, mugs, and pop sockets.  Amazon has been particularly on the ball about churning out new stuff with whatever design Disney allows them to have.  I’m a big fan of this shirt design.  Her Universe and Hot Topic are dragging a little bit, which is disappointing because I’m usually a big fan of each of their clothing designs.  It’s weird, but I guess not surprising that Amazon is winning the merch competition.

None of these awesome toys or figures will be available in time for Christmas, but you can still nab the shirts, mugs, and tote bags.  And, if you happen to be in Florida, you can swing by Walt Disney World for the MagicBands, phone cases, and magnets.  But if you want to still give the toys ‘for Christmas’ you can always bring out a picture of the item and place it in a box under the tree with the promise it’ll arrive in a few months time.  I had that happen to me for some hard to find items when I was a child, and the same thing happened with Star Wars in 1977, so it’s a legit strategy.

UPDATE: The Hasbro figures and toys also seem to be available at Target now.
UPDATE 2: And the Disney Store.