‘Star Wars: The Ultimate Pop-Up Galaxy’ Is A Beast And It Will Suck You In 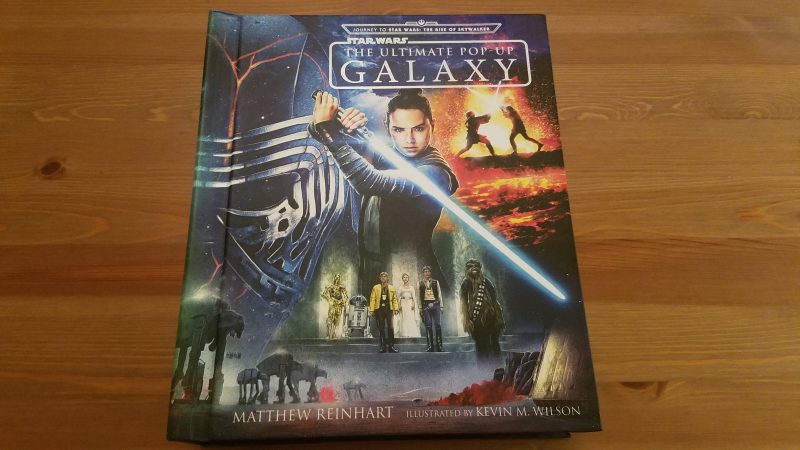 Remember when you were a little kid and you’d get a pop-up book with a frog or something, maybe a little pull tab to make the frog eat a bug? That was vaguely what I was expecting when I opened Star Wars: The Ultimate Pop-up Galaxy. I was very wrong. This is an incredibly detailed book with surprises around every corner. Once you open it, you’re going to be sucked in for at least an hour (maybe more).

Editor’s Note: I received a free review copy of Star Wars: The Ultimate Pop-up Galaxy. The opinions are my own.

I saw a GIF of the whole book unfolding a while back, when we first heard about the Pop-up Galaxy. It looked cool enough to get me excited and tweet about it, but I don’t think I really realized what was coming. I didn’t see any of author Matthew Reinhart’s previous Star Wars pop-up books or the ones he made for properties like Game of Thrones and DC comics. After staring in awe at the Pop-up Galaxy for most of an afternoon, I’m going to have to fix that soon.

Exploring the war-torn battlefields of the Clone Wars, the Rebels’ last stand over the Death Star, the Resistance’s harrowing clash with the First Order on Crait, and more, this one-of-a-kind pop-up book takes fans on a unique interactive adventure that brings the Star Wars saga to life in a whole new way. 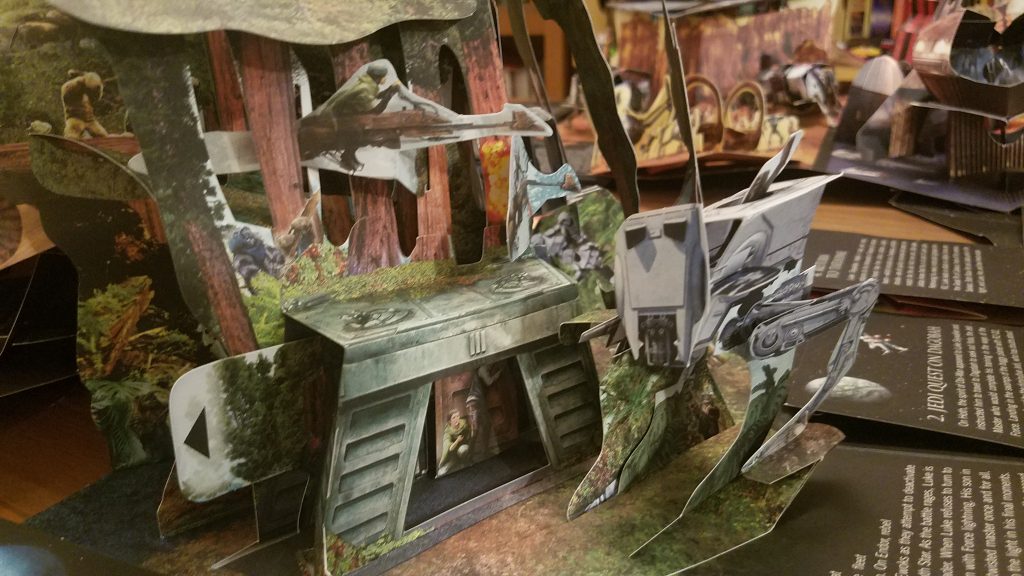 The tab for this scene makes Leia on her bike fight with the AT-ST. Very cool.

That $85 price tag is a little daunting, but honestly I’m surprised it’s not higher. The Pop-up Galaxy has a lot of moving pieces and intricate folds. Each of the five major scenes has at least a couple smaller side bars hiding articulated pop-ups. Every major scene has tabs that launch action scenes or reveal hidden characters. You can look at the pop-ups from any angle and spot something new – and it’s not just new material. I noticed elements from all 11 Star Wars movies. Reinhart and the illustrator, Kevin M. Wilson, must have spent months trying to pack this much into one book. 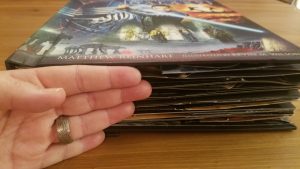 This is going to take up so much real estate on my bookshelf and I don’t even care.

Of course, they have a lot of room. The book is absolutely massive. It’s just under a foot tall and about three inches thick. That isn’t filler – you can’t safely squish the book down much at all without tearing something. I couldn’t unfold the entire thing on my desk, either. I had to move to the my dining room table, and even then I had to scoot it a few times as I unfolded.

Unfolding the book is an adventure in itself. There was a sheet with very technical instructions on coaxing the full Pop-up Galaxy from its folded state tucked into my book.  Think “rotate ninety degrees and move counterclockwise, unfolding the extension flap”. Personally I work well with this kind of direction, but if you’re buying this for a younger fan or someone who doesn’t like puzzles, you definitely want to help them unfold it the first few times. And fold it, too. Don’t forget to put the tabs back in to keep it tightly together!

On that note, this book stood up to a very hair-raising unfolding process in which I’m pretty sure I did everything wrong the first time. It’s a nice book – good thick paper, secure attachments, and a nice cover. As long as you’re moving slowly, you don’t have to worry about ripping everything.

There were a couple things I didn’t like. A few of the flat-to-the book pull tabs were hard to get my fingers under at first. A couple were stiff and had to be carefully yanked a little bit to reveal the cut-out. I think these problems will ease in time, especially the stiff pulls. Please double check before yanking on a tab, I about gave myself a heart attack a few times.

Also, the text descriptions on the pages and side bars are a little bland. There’s nothing wrong with them, but trying to reference 11 movies in 5 scenes is going to result in some stilted phrasing in places. Let’s face it, though – that doesn’t really matter. It’s not the main appeal of the Pop-up Galaxy anyway. I didn’t even read the text until the second time I unfolded the whole book. 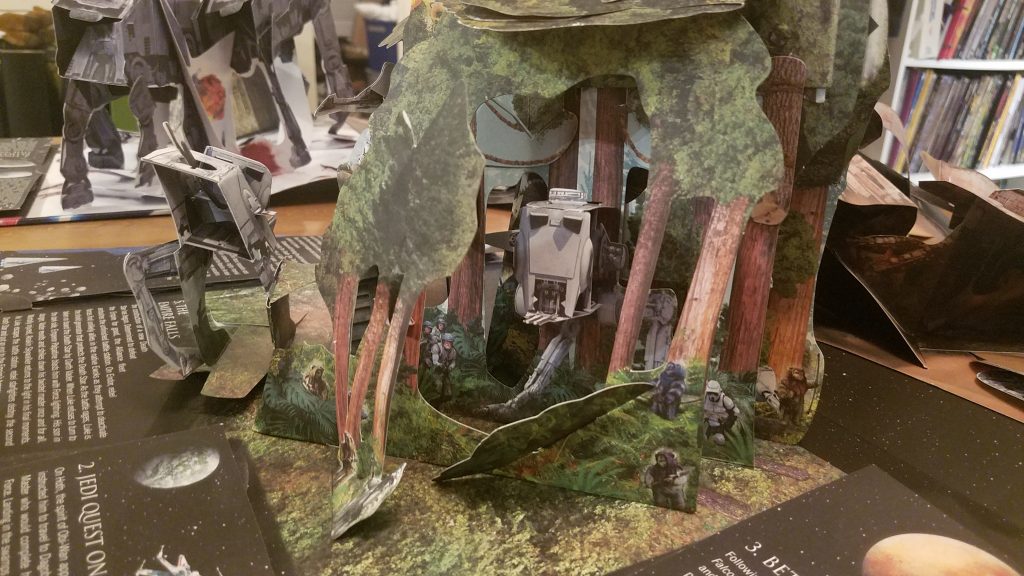 Every single angle of the dioramas has something new to see. I am still spotting new things hiding in pictures as I post these.

You probably want to help kids with this if they’re small. Older kids and teens should be able to handle it.

This is something you could easily buy as a gift for the geek in your life who’s usually hard to shop for. There’s a reasonable chance that if they haven’t showed this to you, they don’t own it yet. (Source: I couldn’t help texting pictures to my family group chat as I was unfolding it.) It’s also something you can treat yourself to if you’re a Star Wars nerd, because sometimes self care is spending a full afternoon figuring out how to unfold a Star Destroyer.

Our own Farid used the video I took while going through the Pop-up Galaxy to make a video tour. Have a look!

Order Star Wars: The Ultimate Pop-up Galaxy online at Insight Editions’ store or look for it at Barnes and Noble.

Have you gotten a look at the Star Wars: The Ultimate Pop-up Galaxy? Tell us what you think!