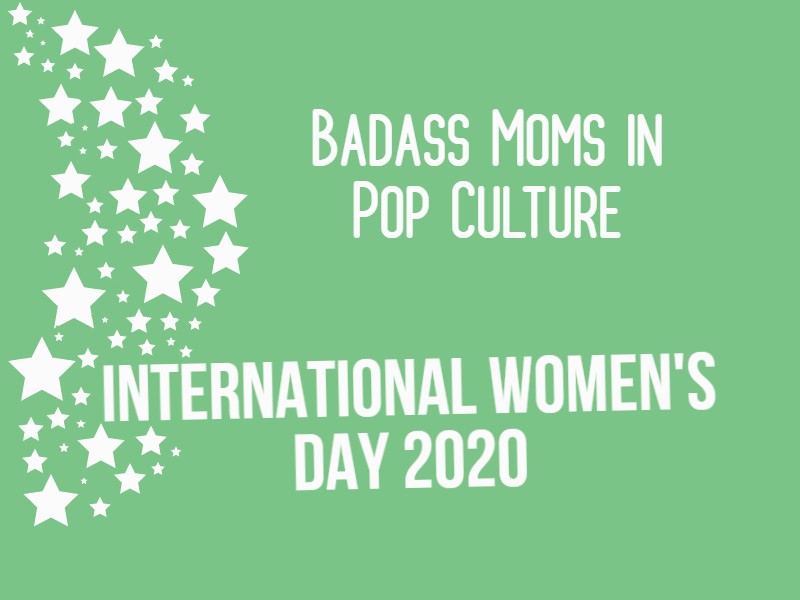 I realize that we already have a day that exists for honoring mothers and that this day should be about celebrating all women regardless of whether or not they have children. (Because all choices are valid!) But here at The Geekiary, we try to do a little something special for this day every year, and I was struggling for ideas for International Women’s Day 2020. My original idea didn’t quite pan out, and I was scrambling to come up with something to post today, which as I said is also my mom’s birthday. Thus, this list! 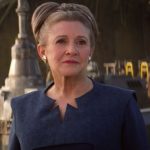 Is there any list of ours that isn’t going to include our favorite space princess turned general turned resistance leader, the almighty Leia? We didn’t get to see her do a whole lot of parenting, due to the time jump between Return of the Jedi and The Force Awakens, but this mom wasn’t willing to give up on her son, even when he was, like, a really, really awful dude. She also played mom to a whole bunch of members of the Resistance. We still miss her. 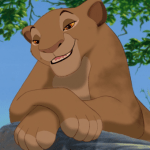 Tell me you don’t get shivers during that scene where Sarabi oh-so-calmly walks up to Scar, the power-crazy (and quite possibly just full-on crazy) dictator who took over leadership of the Pride Lands after the death of her husband and presumed death of her son, and has the nerve to talk smack to him. It’s so rare in Disney films for the mother to live, so I really wish we had gotten to see more of her, but I’m really glad she was there to just exude awesomeness all over the savannah. 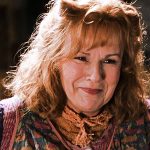 Fandom seems to go back and forth on Mrs. Weasley, because while she stepped in and tried to parent Harry, she could also be quite cold when she felt wronged – like freezing out Hermione when she thought she was cheating on Harry, even though they never dated. That just means that she was flawed, like everyone else. It must have taken a spine of steel to raise seven children, especially when you have children like the Weasleys. And this is the woman who fought Bellatrix Lestrange and won because Bellatrix was threatening her daughter. 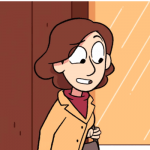 The beleaguered and bewildered Johanna doesn’t fit what has become the traditional definition of “badass”, but she nonetheless makes our list because she is what many parents aren’t – supportive and even encouraging of her daughter’s eccentricities. She works hard to give Hilda what she thinks is a “normal” childhood, but she understands that maybe that isn’t what her daughter wants. She listens to her and never dismisses her seemingly ridiculous stories and theories, and she recognizes her daughter’s strengths. 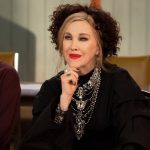 Sure, Moira is a little, shall we say, unique, but over Schitt’s Creek‘s six seasons, you can very clearly tell how much she loves her children and how supportive she is of them and their choices. It’s not crazy to say that losing their fortune made the entire Rose family into better people, and while Moira is still vain and self-centered, she is now able to acknowledge when it’s not about her and step in to give her kids the comfort or emotional support they need. 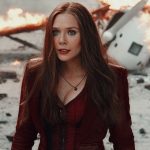 This is a woman who will annihilate the world if it means bringing her children back, and unlike most mothers, she has the ability to do it. There was some excitement when the first teaser for the upcoming Disney+ show WandaVision was released and showed Wanda and Vision standing in front of two cribs, leading many to hope that the series will introduce Wanda’s sons, Wiccan and Speed, into the Marvel Cinematic Universe. 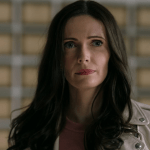 It can’t be easy raising a super-powered son, but even though she doesn’t have superpowers herself, Lois Lane is no ordinary woman. This is the tough-as-nails journalist who stands in the face of adversity and says, “Not today.” And she still gets her articles in on time. With the upcoming Superman & Lois focusing on the couple as parents, we’ll get to see more of her role as a mother. 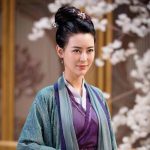 She’s not the most affectionate of mothers, but there’s no doubt that she cares fiercely for her children, sending her son (and her adopted son) off to safety before taking on the powerful enemies who will ultimately kill her. She’s proud and prejudiced, and don’t you dare walk into her house and act like you can order her or her people around, or she will get you with her Zidian. 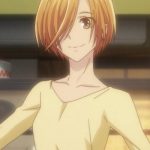 It’s weird including Kyoko on this list, since she dies before the story starts, but on the other hand, it would be a shame not to include her. Kyoko Honda personifies badass mother – a woman who was literally in a street gang as a teenager, who matured, fell in love, and raised a daughter who is her exact opposite. Kyoko suffered after the untimely death of her beloved husband and rebounded because she knew she had to take care of Tohru. She also acted as surrogate mother to Tohru’s wayward friend, putting her on the straight and narrow. Her dying wish was that Tohru be taken care of. 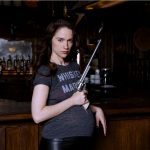 I’m usually not a fan of using an actress’s pregnancy to make her character pregnant, but in Wynonna Earp’s case, it was actually pretty genius. Whiskey-drinking, evil-fighting, take-no-crap-from-anyone Wynonna Earp being pregnant was able to bring out some storyline possibilities that don’t usually exist in this situation. Wynonna proved that being pregnant did not slow her down one bit, and her ultimate badassery was proven when she let her newborn daughter be smuggled out of town to safety at the end of season 2. 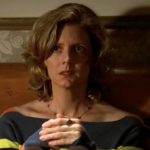 For those of us of a certain age, I’d wager few fictional deaths hit us quite the way Buffy’s mom’s did. Joyce Summers was a mother at her wits’ end, dealing with a daughter who suddenly developed behavioral problems and couldn’t be controlled. Her reaction to learning that her daughter was some mythical vampire killer was honest and real, and the way she integrated herself into her daughter’s circle of trust and even became proud of her daughter’s abilities was magical. When Joyce dies of a brain tumor in season 5, we all were affected.

This list of moms is in no way complete! This is just a small sampling of the badass female characters who also happen to be mothers that we are singling out for International Women’s Day 2020. If we have left out your favorite mother, let us know!