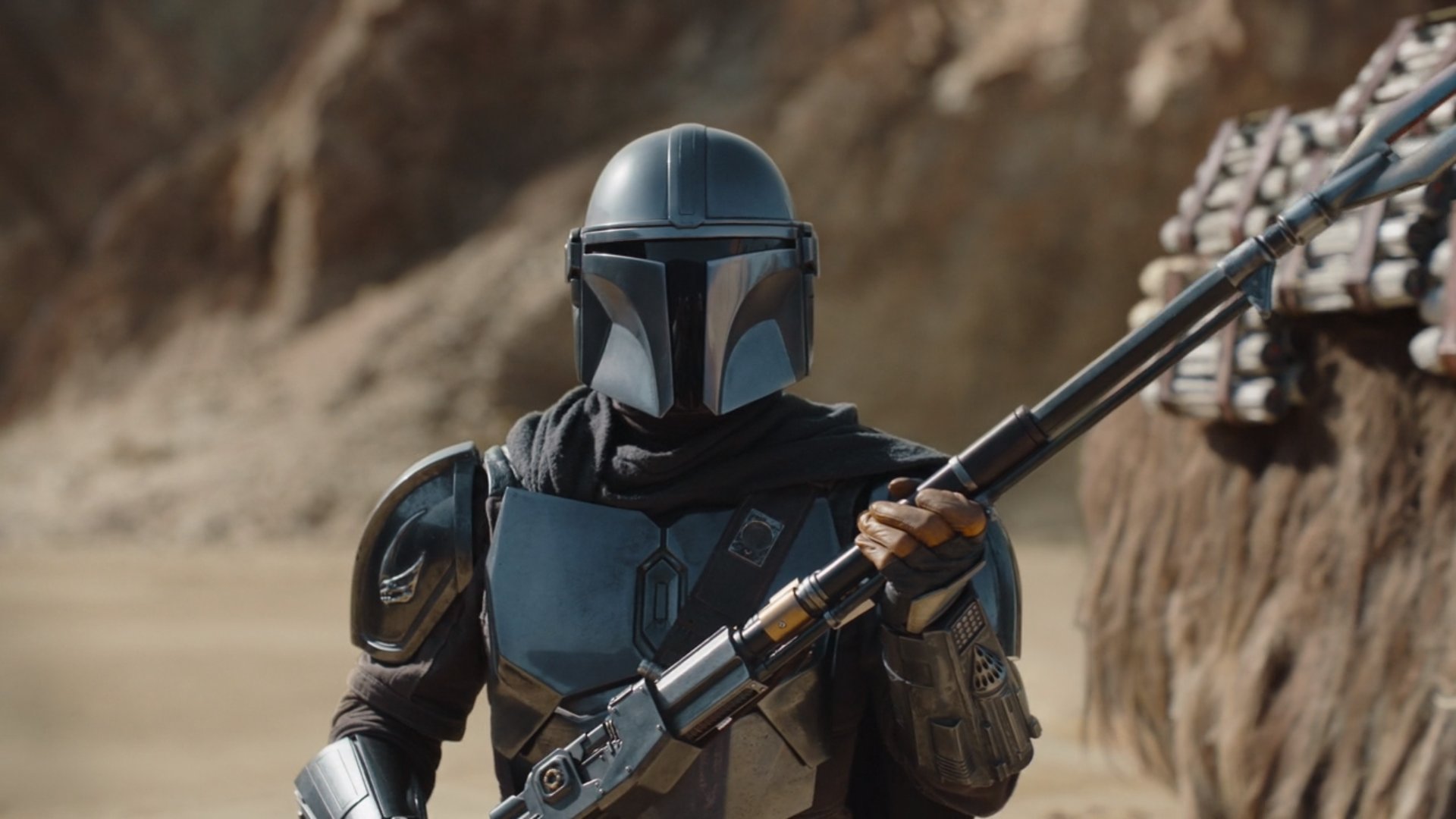 “Chapter Nine: The Marshal” starts the new season off with a bang. The adventures of Mando and Baby Yoda are back!

“The Marshal” brings us to Tatooine, which is filled with the type of familiarity and nostalgia that long-time Star Wars will certainly enjoy. It brings us back to where it all began in A New Hope. We have Sand People. We have Banthas. We have a Krayt Dragon – but, like, a living one this time. Even the cantina that we get a glimpse of has a style about it that brings up imagery from the original film. I’d be lying if I said these things didn’t make me stupidly gleeful.

The story starts off as a continuation of the ongoing plot – our Mando needs to return Baby Yoda to his own kind. In order to do so, he needs to find another Mandalorian, whom is apparently living on Tatooine. This brings us to Mos Pelgo, which is an extremely tiny community of miners living in a remote desert far from any of the major cities of Tatooine. It’s so small that it’s not even visible on any maps or really thought of much by the locals. Pelli Motto doesn’t even really know much about the town, but she at least sends Mando off in the right direction.

There he finds the other Mandalorian… or so he thought. 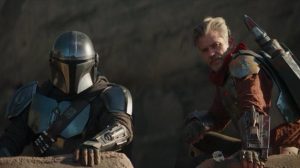 The person in the Mandalorian armor ends up being the town Marshal, Cobb Vanth. This character is definitely one of the more intriguing ones we’ve come across on The Mandalorian so far and I hope they bring him back as they did for many of the one-off characters back in season one. It feels like we’ll be hanging out on Tatooine for a while, so I’d say chances of him coming back are fairly high.

Cobb Vanth initially acts as an antagonist to our Mando. He’s wearing Mandalorian armor and is unwilling to give it up as it helps him defend his town from the many threats that living out in the desert present to them. He seems like he’s even going to kill for it. But before we have a chance to even get to that point, their confrontation is interrupted by the Krayt Dragon and an alliance between Cobb and Mando is formed as a result.

He also brings up an interesting view of the morally gray aspects of being part of a community so far from civilization. Yes, he was going to kill Mando for the armor, but that doesn’t make him bad. His primary goal is to protect the townspeople, and sometimes that takes some questionable actions. A character like him is needed to keep the community alive. I love it.

Cobb is just… fun. Yes, he’s a bit of an archetype for a town sheriff, but Timothy Olyphant really sells it. He brings a kind of easy-going humor and badassery that makes every scene he’s in really fun to watch. And sometimes having a bit of fun is really the most important thing. I don’t care that he’s an archetype. He’s an entertaining archetype and I want more of him on my screen.

The Krayt Dragon issue brings the residents of Mos Pelgo into an alliance with not just Mando, but with the local Sand People as well. This isn’t easy as the Sand People frequently raid their town, but the threat of the Krayt Dragon overpowers any sort of objections and the two groups of desert-dwellers end up working together as a team to bring down the beast. Years of tension and antagonism are set aside for the greater good. It’s a lesson that we, here in the real world, could pay attention to right now, honestly. We aren’t forgetting the conflicts, but there’s a bigger fish to fry at the moment. And maybe we can emerge out the other side with a tentative peace deal.

The entire portion of the episode where they battle the beast is incredibly well done. I kept checking how much time we had left for the episode because I wasn’t sure when they’d actually take it down. It was an unpredictable battle that had me on the edge of my seat. It reaffirms my belief that The Mandalorian is truly one of the best new additions to the franchise since the original series. More of this, please!

The setting of “The Marshal” has more of a purpose than just being a fun nostalgia trip, though. Indeed, the episode that at first has the feeling of a filler episode ends up bringing us back to an important character: Boba Fett. Y’all, Boba Fett LIVES!

Yeah, we sorta kinda knew that he was alive already when rumors of Temura Morrison’s casting in the series got out. And fans have been speculating for years that he somehow survived the Sarlac Pit. So maybe it’s not the biggest bombshell ever. The appearance of Baby Yoda at the end of the first episode of the season certainly made more waves. HOWEVER, it still had enough of an impact among fans to make his name trend for most of Friday morning.

I don’t have any real complaints about ‘The Marshal’. Yes, there wasn’t much Baby Yoda, and you’d think that’d bother me as the official Baby Yoda Correspondent of The Geekiary, but no. Baby can spend an episode clinging to his dad’s feet and hanging out in the riding sack and I’m still happy with the adorable glimpses we got of him. Pushing Baby Yoda to the side while focusing on the action for a bit isn’t a flaw, and I’m pleased with what we got.

Overall, this was a phenomenal start to the season. I’m incredibly excited to see what comes next. Bring on Chapter Ten!

2 thoughts on “The Mandalorian 2×1: Chapter Nine – The Marshal”