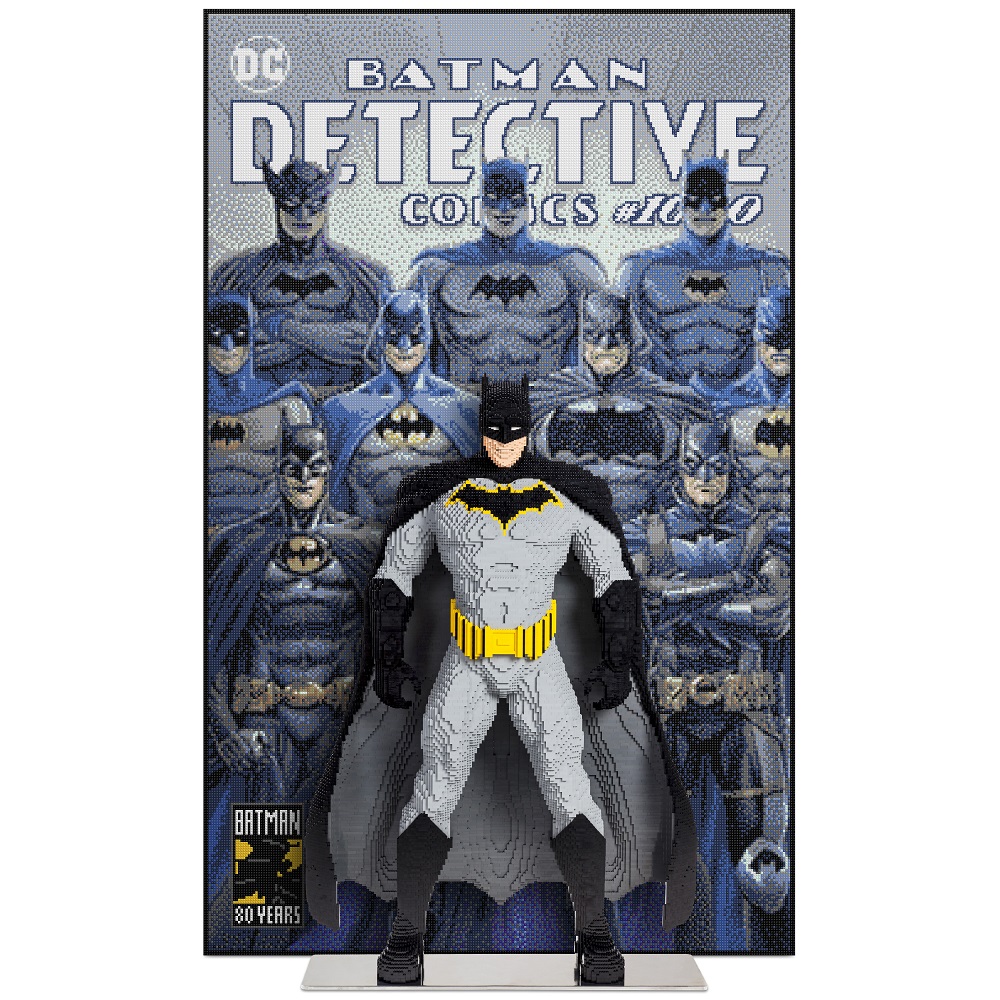 LEGO is ready to make an impact at San Diego Comic-Con 2019 with exclusives and show-stopping life-size models that will be on display at the LEGO booth (#2829 in Hall D).

LEGO Systems, Inc. has a whole lot for fans to enjoy. Along with highlighting classic characters and famous franchises, the SDCC 2019 attendees can build their own comic book, and the custom LEGO minifigure photo stations invite fans to express their LEGO creativity. Of course, new building sets will be showcased. Exclusive SDCC retail sets will be offered along with minifigure giveaways.

“For years we’ve been helping fans celebrate their passion for the characters, vehicles, and worlds of the biggest pop culture and entertainment properties through LEGO bricks and minifigures,” said Amanda Madore, senior brand relations manager, LEGO Systems, Inc. “We’re excited to debut interactive experiences that let Comic-Con attendees further personalize those passions as well as to connect socially with fans around the world who aren’t able to make it to the show floor.”

As for the two fully interactive and custom in-booth activities, they are:

Fans can put themselves in the center of the action of their very own custom comic book! First, fans will create a custom digital minifigure character. Next, they’ll be able to choose a theme for their comic, courtesy of partners at DC, Marvel, and Lucasfilm. Finally, after answering a few questions to help guide the story, fans receive a limited-edition physical comic book, featuring the first appearance of their custom minifigure character.

This new interactive exhibit is designed through the eyes of the LEGO minifigure. Attendees can build a custom minifigure and capture custom content in a series of 18 minifigure sized brick-built art installations created by various LEGO artists, featuring both familiar and new fantasy worlds – including Star Wars, DC, Marvel and more.

Here are the showpieces!

An exclusive collectible building set featuring the iconic hero in a diorama of Gotham City, complete with Bat-Signal, will be available for purchase exclusively for select attendees who registered on Comic-Con’s Exclusives Portal prior to the show. Additionally, a show-exclusive LEGO minifigure of Zebra Batman will be given away to lucky attendees during a giveaway on July 20. 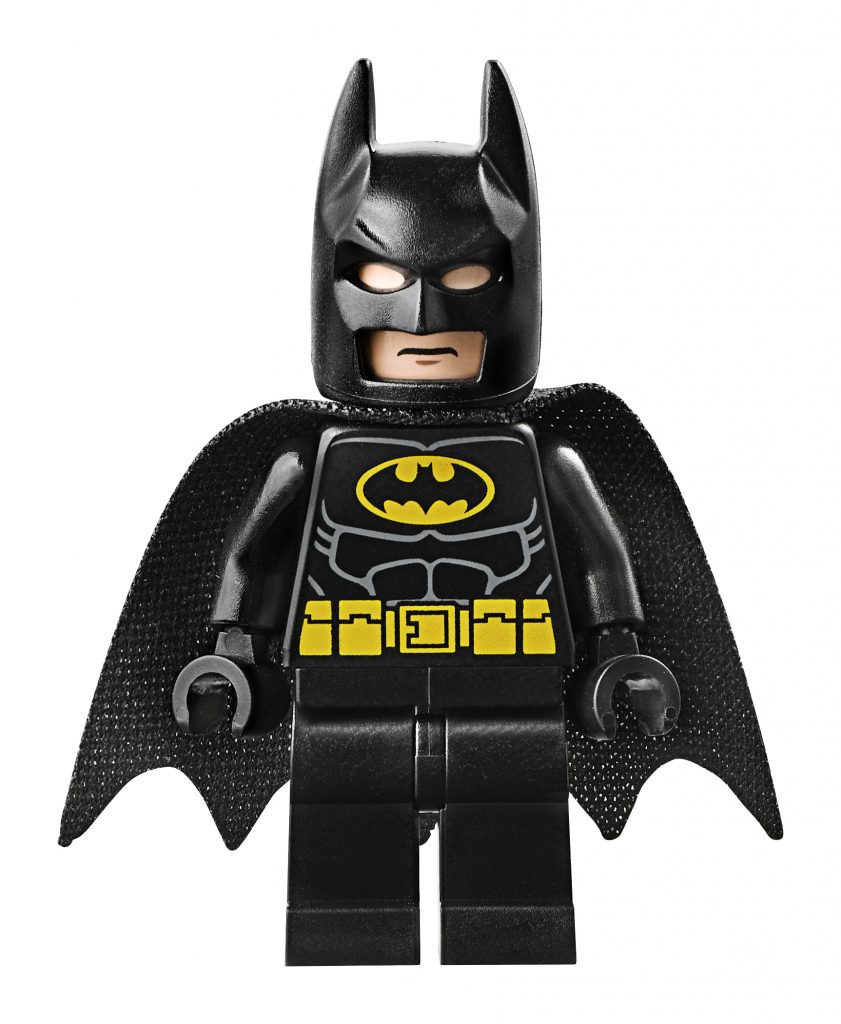 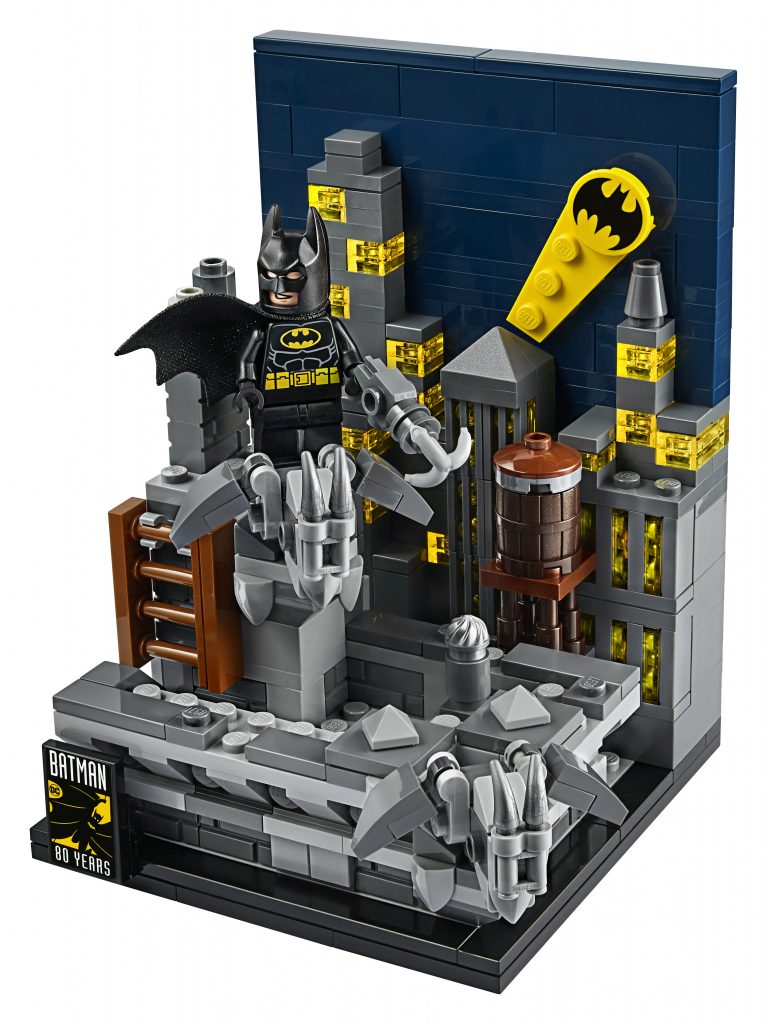 A life-size LEGO model of Iron Man wearing the gauntlet, as he appears in Avengers: Endgame will debut. The 35,119-brick model is six-and-a-half-feet tall and took LEGO Master Builders 255 hours to design and build. 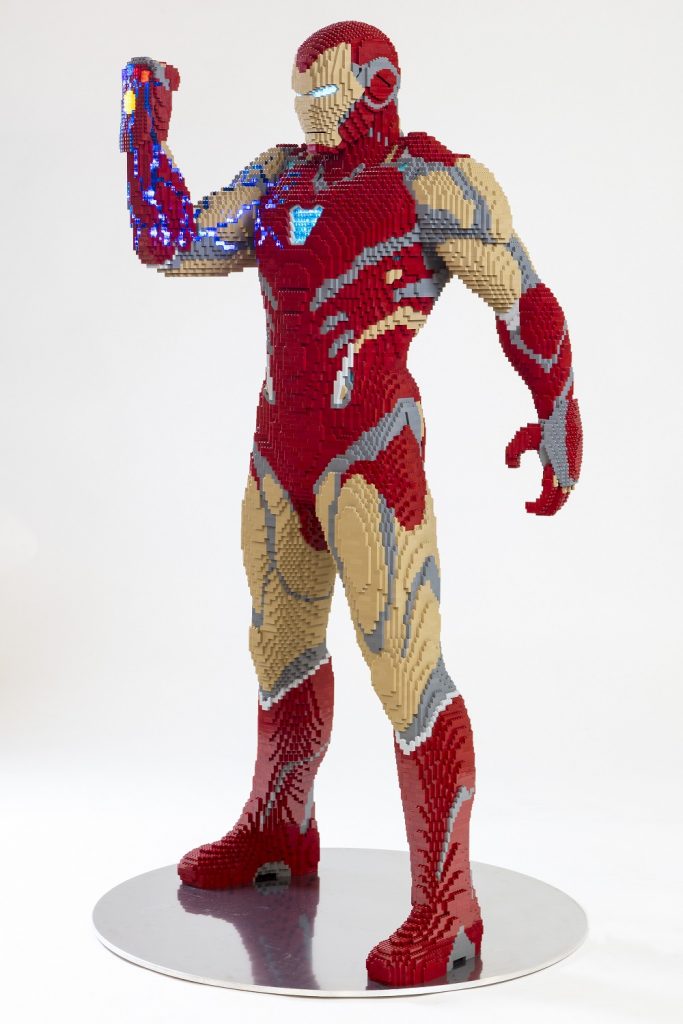 Fans will get a sneak peek of a new building set called the Avengers Hulk Helicopter Drop ($59.99) before it is available in stores November 25.

Inspired by her breakout film earlier this year, Captain Marvel and the Asis come to brick form in a limited-edition building set which will be exclusively sold at Comic-Con to select attendees who were chosen after registering on Comic-Con’s Exclusives Portal prior to the show. 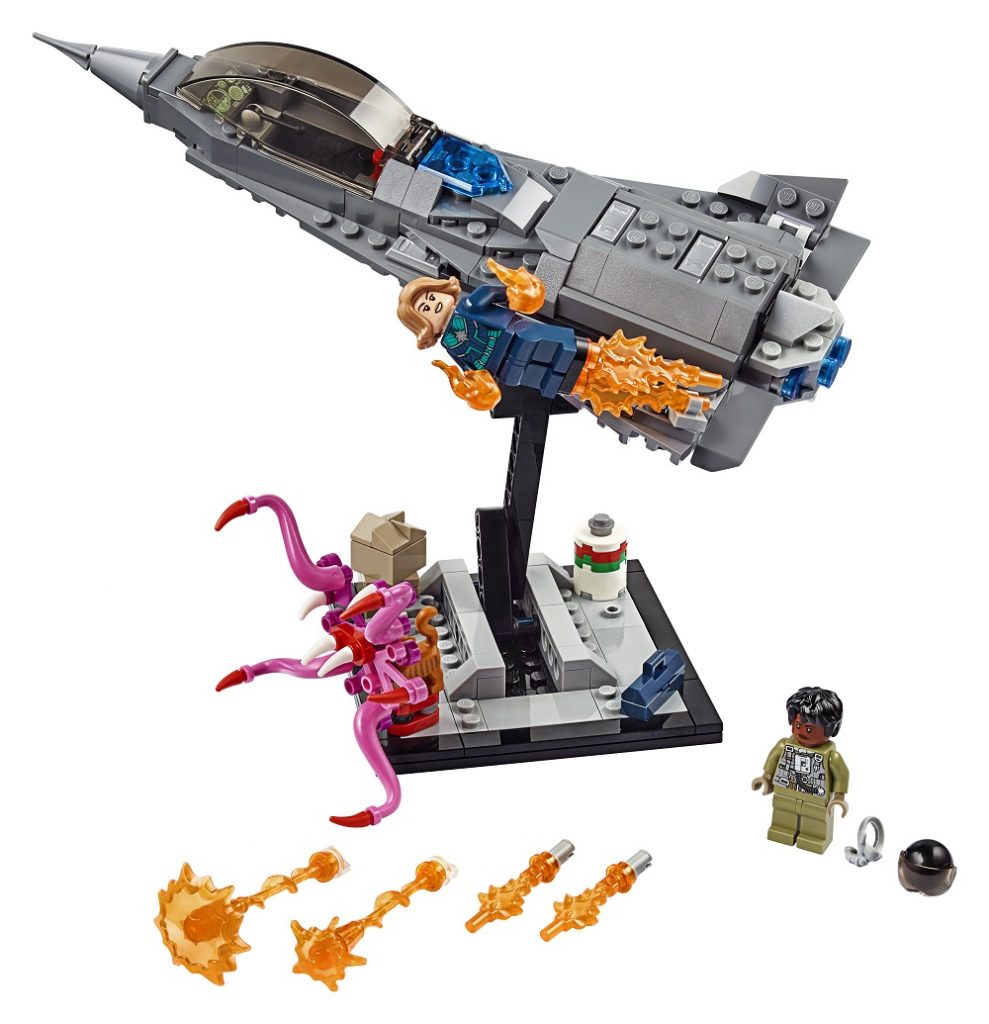 Spider-Man in his Advanced Suit, as he appears in the popular PS4 video game Marvel’s Spider-Man, gets the LEGO minifigure treatment and will be given away exclusively to lucky fans on July 18.

LEGO Star Wars is celebrating 20 years since the property debuted with LEGO by showcasing classic and upcoming elements of the saga in brick-form at SDCC. With anticipation for Star Wars: The Rise of Skywalker building, a life-size LEGO look at an upcoming character from the film, a Sith trooper, will be displayed at the LEGO booth. LEGO Master Builders used 34,307 bricks and spent 259 hours designing and building the six-foot-two model. 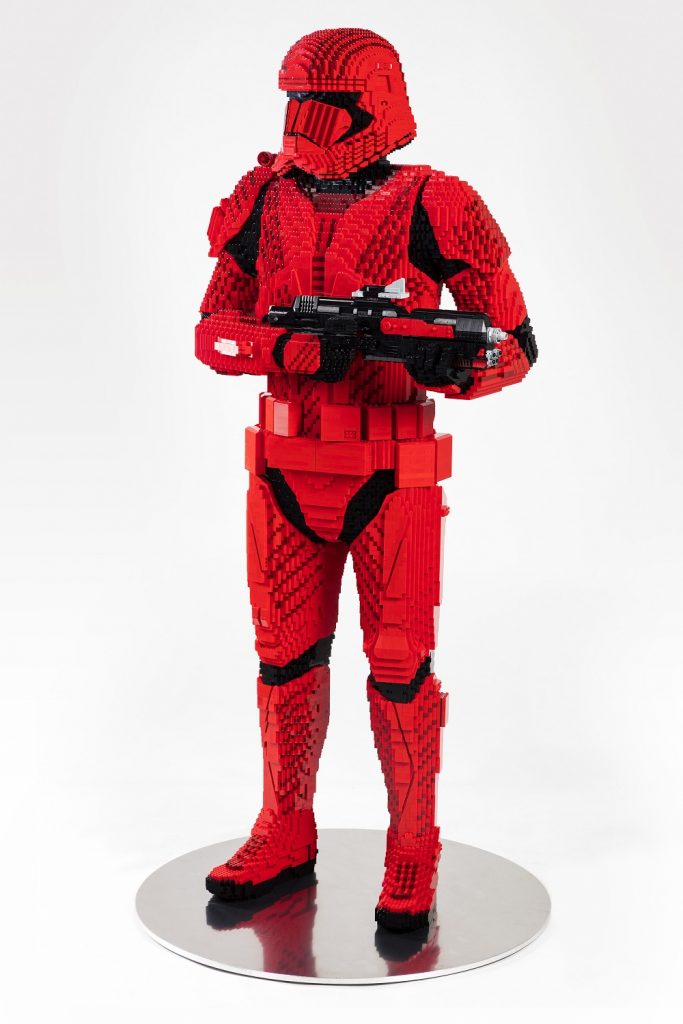 Attendees can take a piece of the dark side home with a show-exclusive collectible LEGO Star Wars Sith Trooper Bust building set, available for purchase for select attendees who register on Comic-Con’s Exclusives Portal in advance of the Con. 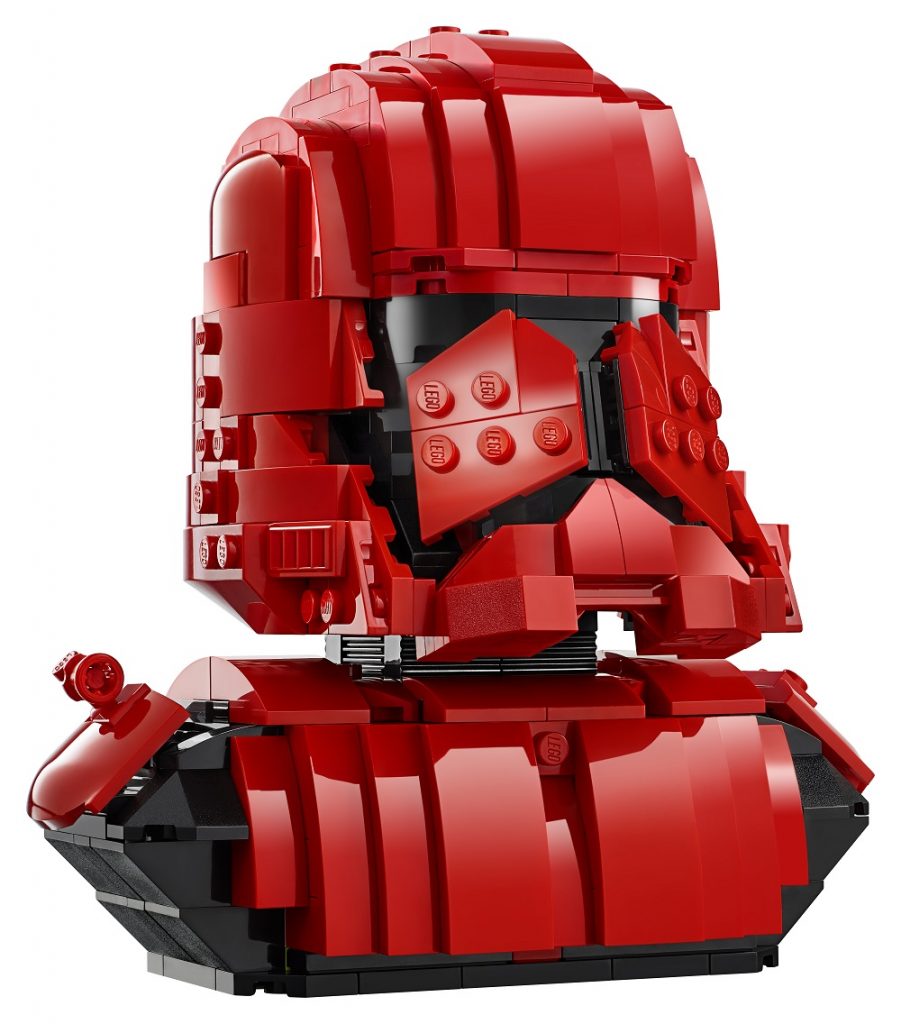 A disturbance in the Force has also allowed two never-before-seen LEGO Star Wars sets, Obi-Wan’s Hut and Luke Skywalker’s Landspeeder, based on iconic scenes from Star Wars: A New Hope, to be displayed in the LEGO booth, long before they become available in January 2020 for $29.99 each. 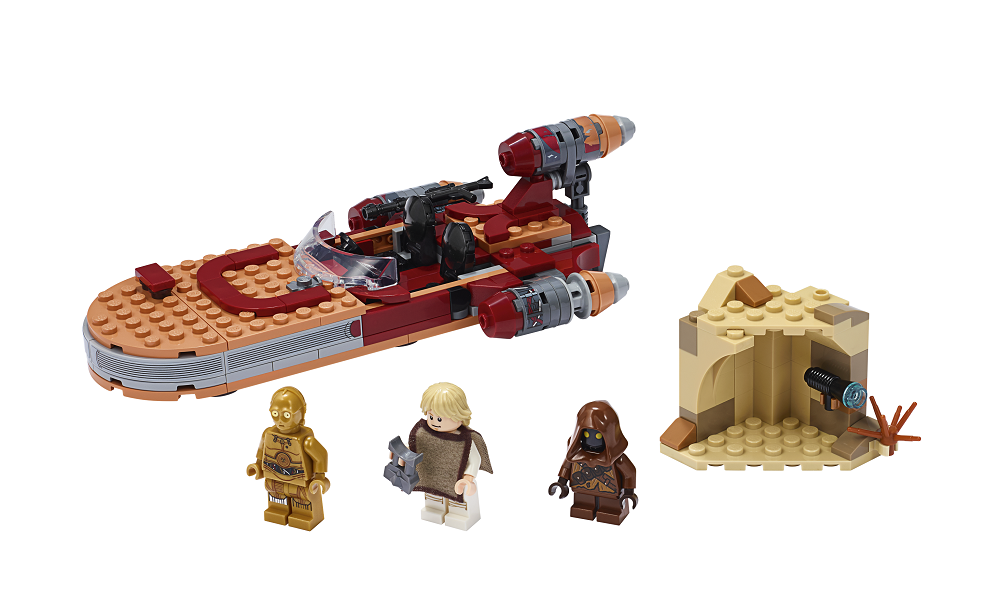 New heroes arrive in two new LEGO Overwatch sets, Wrecking Ball ($19.99), piloted by fan-favorite Hammond the hamster, and Junkrat & Roadhog ($49.99), inspired by the Junkertown map, which will be seen for the first time at the Blizzard Entertainment booth (#140) at San Diego Comic-Con before they are available in October this year. 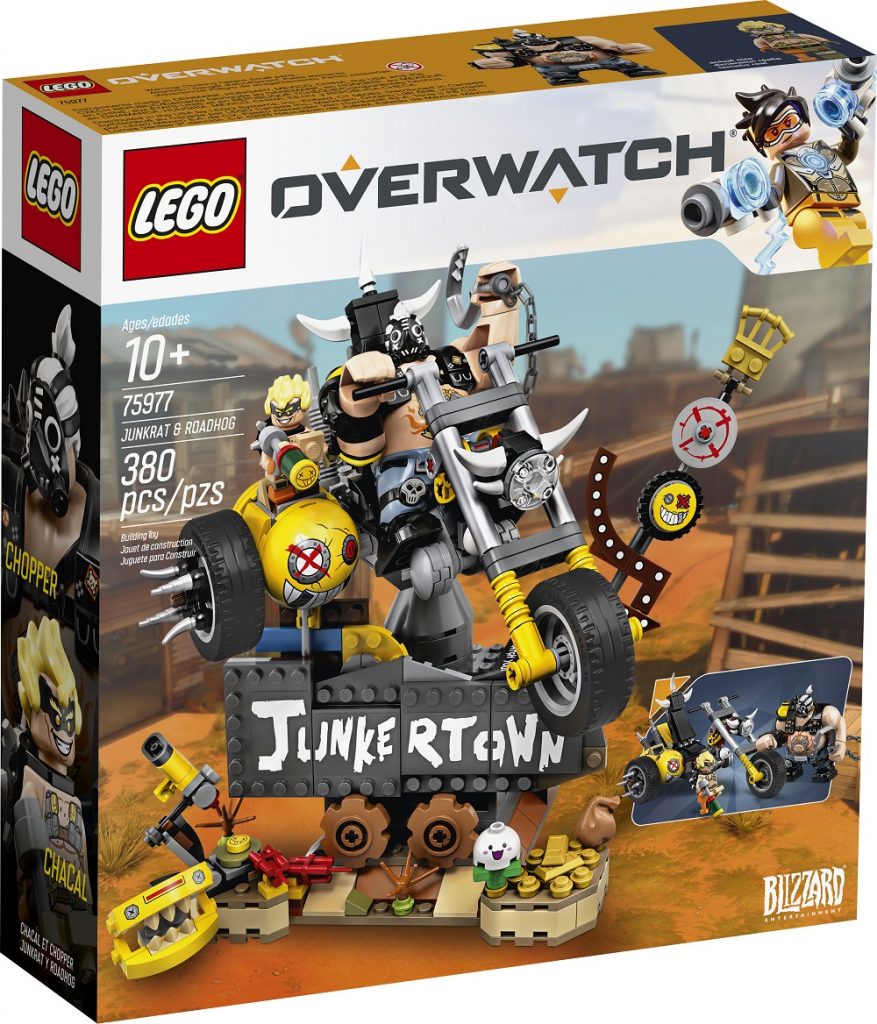 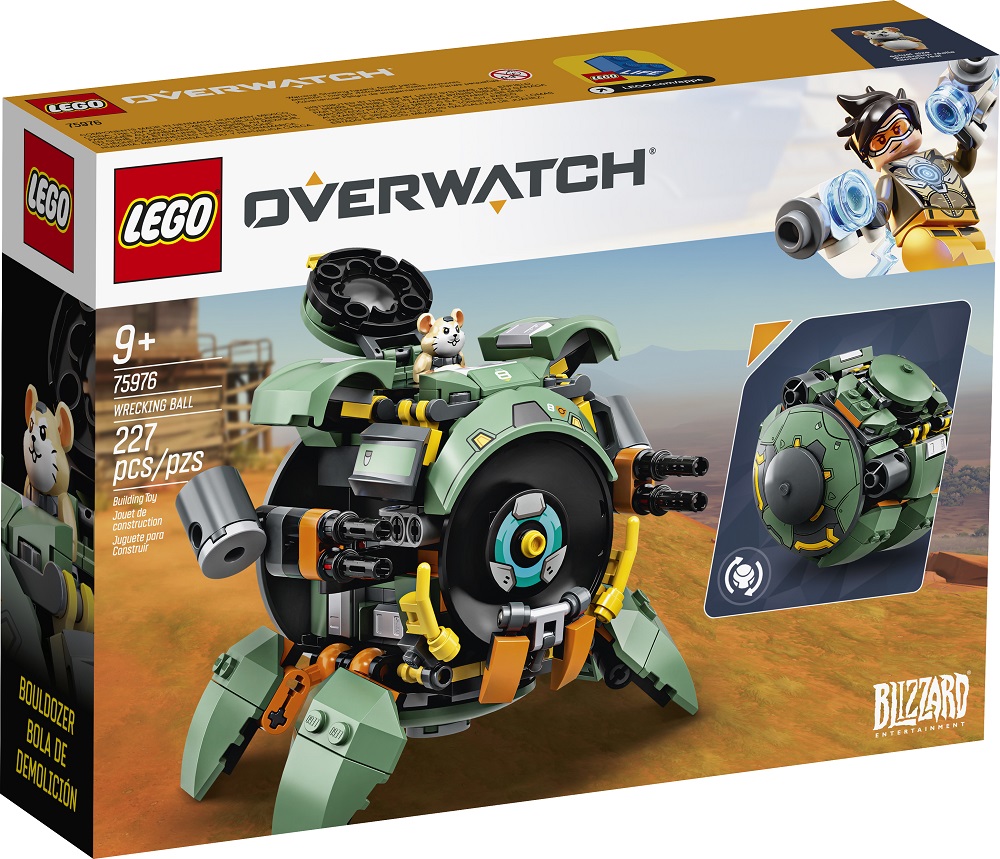 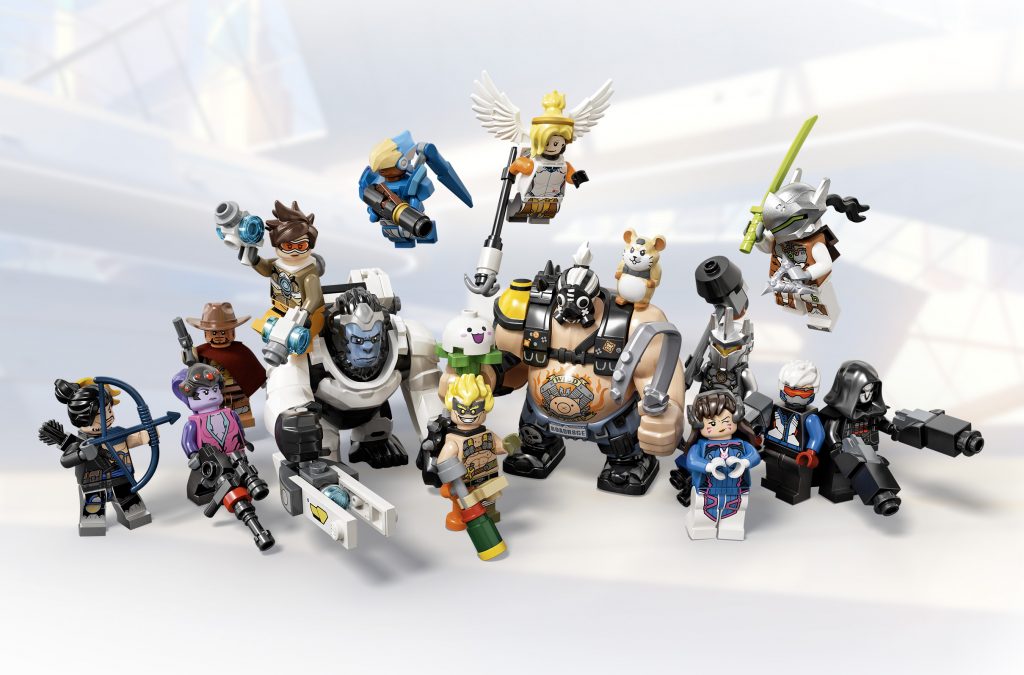 To secure an opportunity to receive an exclusive LEGO minifigure giveaway, show attendees must visit the Sails Pavilion beginning at 9:30 am each day to enter an instant drawing giveaway, to be fulfilled on the spot while supplies last. One drawing per person per day. 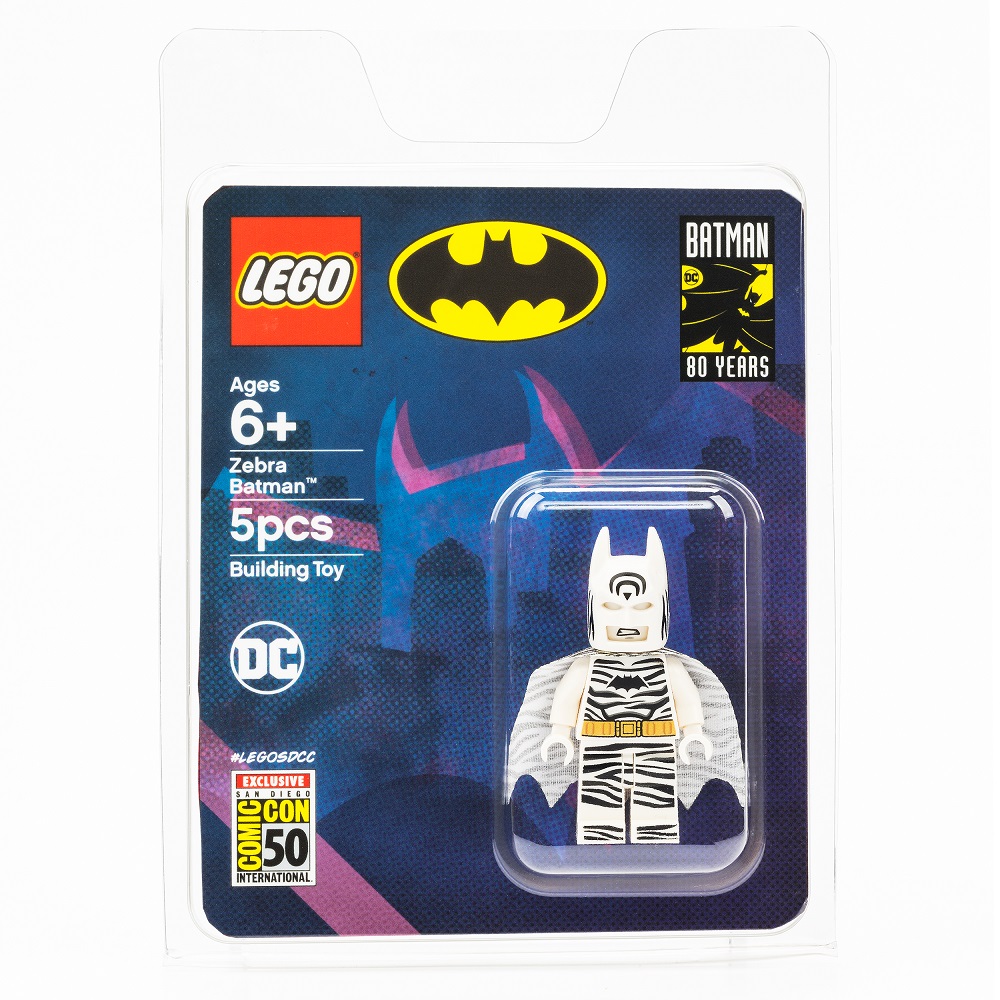 On Saturday, July 20 at 11:15 am in Room 6A, the first-ever cross-franchise LEGO panel will be presented to fans and show attendees. Panelists will discuss current and upcoming LEGO branded content, including the stories behind the content development, and will debut never-before-seen footage of upcoming content.