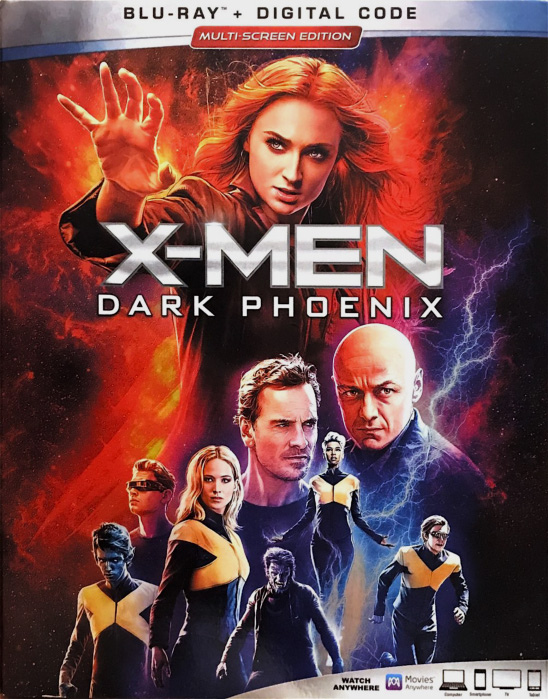 It’s been 20 years since the beginning of 20th Century FOX’s journey into bringing the X-Men to the big screen. X-Men: Dark Phoenix closes the curtain on the decades-long adventure… and now you can own it on DVD/Blu-Ray!

“I was provided with a free copy of the X-Men Dark Phoenix Blu-Ray edition that I reviewed in this Blog Post. The opinions I share are my own.”

It’s absolutely crazy to think about the fact that it’s been twenty years since the live-action X-Men movie phenomenon kicked off and set the stage for the modern superhero flick craze that we see today. Before the success of the Marvel Cinematic Universe, it was the X-Men. And being such a huge fan of these marvelous mutants, I grew up with these movies—despite the muddied cinematic timeline and questionable creative decisions.

Dark Phoenix wasn’t well-received by fans, not before nor after its official release in the theaters. This was FOX’s second attempt at translating the infamous Dark Phoenix Saga into live-action and it was by no means what fans were looking for. But although this movie was more of a whimper to close out this 20 year old franchise, I personally thought that the movie was far more watchable and thrilling than X-Men: The Last Stand (2006). Even when I stepped out of the movie theater after seeing it for the first time, I felt compelled to watch it again.

The film comes with a few “lows”. Most notably, the complete deviation from the original source material that this movie is supposed to be based on, a mistake that was made back in 2006 with the first attempt. It’s frustrating because the Dark Phoenix Saga is such a huge highlight in the history of these characters and to not even bother trying to make things work just hurts my fanboy soul. I am aware that there were original plans for this film to be a 2-part movie with the Shi’ar Empire and a space battle. Still, I can’t help but be disappointed with the end result.

Another low is the film’s illogical decision to not focus on the main characters of the X-Men. Yes, Xavier, Magneto, and Mystique are big players in the comics. However, they’re not the main members of the team that fans wanted to see. Back in Apocalypse, we were introduced to rebooted versions of Cyclops, Storm, Jean-Grey, Nightcrawler, and Jubilee, a perfect mix that would have brought so much joy to fans of the mutant superhero team. And yet, much like Apocalypse, this movie squandered the potential to give us the fun family-dynamic that we’ve never quite received from this franchise. The closest we ever got was the Rogue, Bobby, and Pyro “trio” in X2: United. 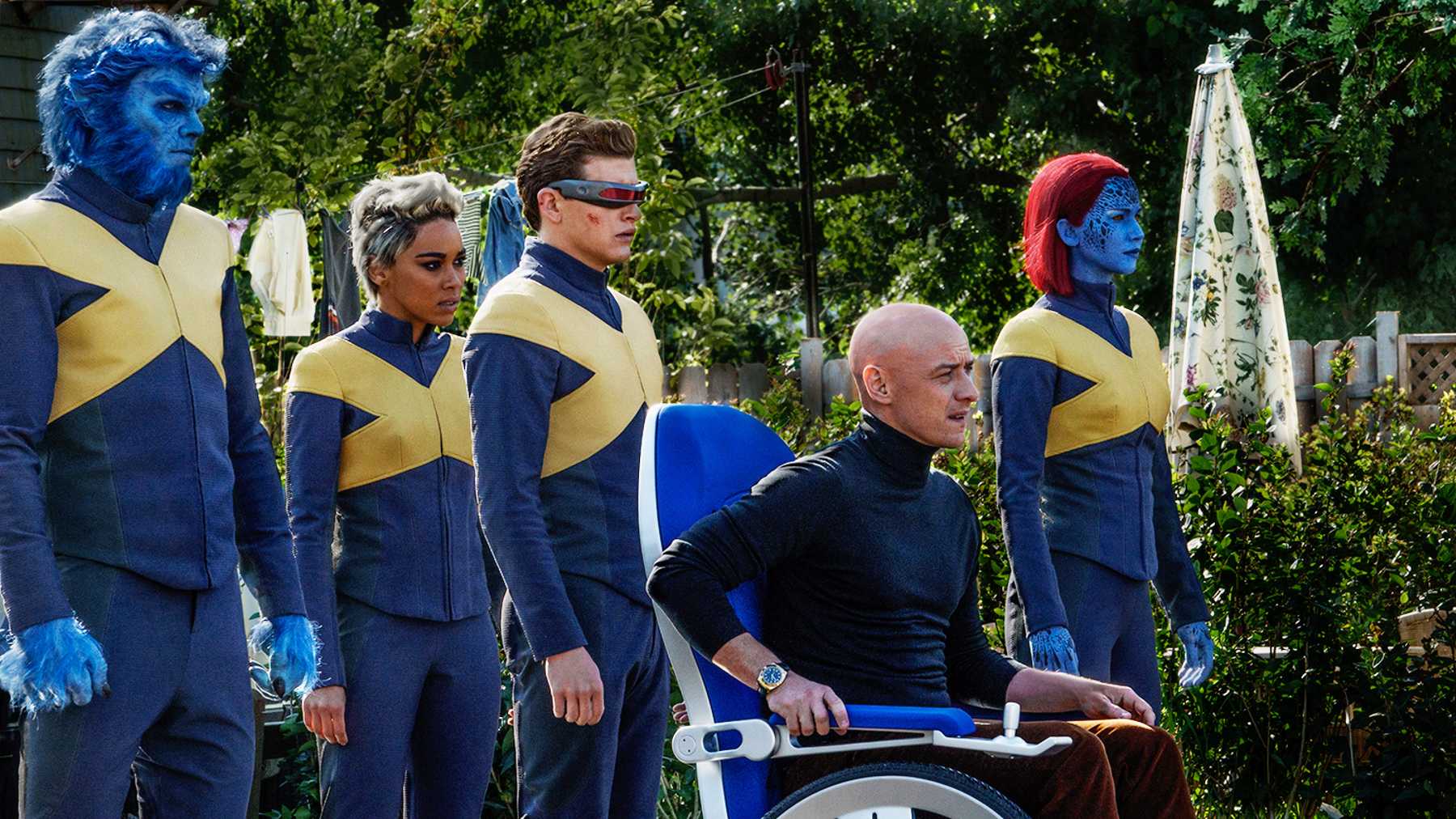 Despite the lows, I personally thought that there were some great and interesting things about Dark Phoenix. For starters, the musical score was amazing. Hans Zimmer did a fantastic job creating pieces that really made you feel like you were on edge and almost mournful about the way the X-Men moved throughout the plot that surrounded them.

I also found the film’s ability to make Charles Xavier out to be somewhat villainous an intriguing choice to make. In the original trilogy, Xavier is depicted as being an incredibly wise and mostly competent figurehead for the team, offering calculated speeches to help those in need. However, the Xavier we see in Dark Phoenix is much different. This Xavier is somewhat corrupted by greed and the international fame of the X-Men. Even when a team member is killed, he doesn’t appear all that upset and refuses to accept the blame. He instead chalks their death up to them just doing what they wanted to do.

Additionally, the actor performances were pretty great. Sophie Turner as Jean Grey and Michael Fassbender as Magneto were personal favorites of mine. We’ve seen Fassbender put in work for Magneto since First Class and he never ceases to amaze me with the raw, fragile, and emotional beats he’s able to bring forth for this character. Turner also did a great job with having to perform the chaos-heavy Jean Grey, who’s reeling from all kinds of new revelations and threats. Despite the fact that this still isn’t a good depiction of Dark Phoenix Jean, I found it more fun to watch than The Last Stand’s attempt.

As a die-hard X-Men fan, Dark Phoenix will take it’s place in my personal collection of movies alongside the original trilogy (X-Men, X2: United, Last Stand), as well as the “reboot” titles (First Class, Days of Future Past, Apocalypse). This is the end of an era.

So, what’s included with the Blu-Ray’s special features?

The 4K Ultra HD+Blu-ray 3D, Blu-ray and DVD editions of Dark Phoenix will be available for purchase on September 17, 2019, although it is currently available for streaming from online retailers. 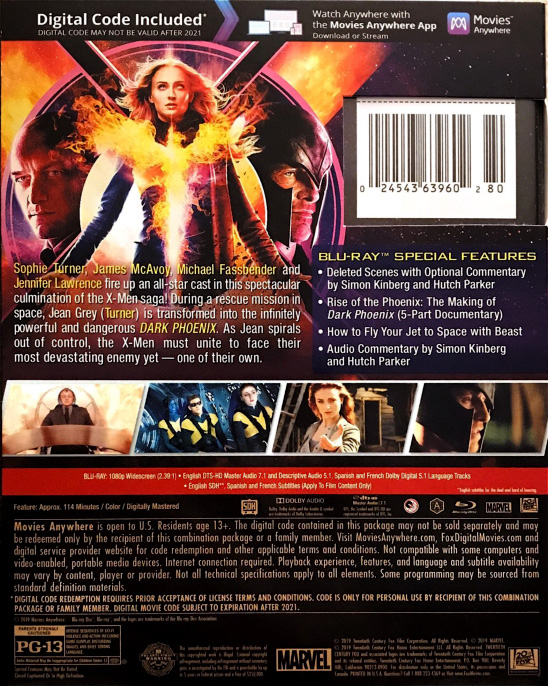 Are you planning on buying Dark Phoenix when it comes out?

Let us know in the comments!

Previous:Alexandra Daddario and Tyler Hoechlin Shine in “Can You Keep a Secret” – Review
Next: Boruto: Naruto Next Generations 1×124 Review – Decision Time