‘The Siege’ is yet another side quest on the overarching plot of season 2, bringing our Mandalorian closer to finding a Jedi but not quite getting there yet. 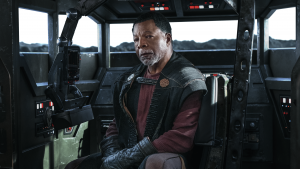 ‘The Siege’ was directed by Carl Weathers, who also plays Greef Karga on the show.  It was a fantastic debut, filled with cute Baby Yoda sequences, action, and drama.  Weathers should be proud of the result and I hope he returns to contribute to the series as a director again, but maybe not one that’s 90% side quest, like this one was.  In fact, the side quest nature of the episode was my only real complaint about it on a structural level, but that wasn’t Weathers’s fault.  He did well with a script that had a lackluster tangent with some important nuggets hidden within it.

‘The Siege’ brought us back to a lot of important characters and locations from the first season, including Weathers’s Greef Karga, Mythrol from way back in the pilot episode, the planet Nevarro, Dr. Crushing, Moff Gideon, and Cara Dune.  Last season I was pretty thrilled with the character Cara Dune.  This season I’m going to struggle regardless of what happens with her character.  The actress has been an outspoken anti-masker and has pushed conspiracy theories about the election.  This is after she made alarmingly transphobic tweets several months ago.

If an actor has a crappy opinion about something inconsequential, I can usually overlook it.  Pineapple on pizza?  Fine.  Think Batman can beat Thor in a fight? I’ll get over it.  But having terrible opinions about a pandemic, where those opinions can get someone killed, and pushing for conspiracies that can cause violence and threatens our democracy… those opinions are on an entirely different level.  I can’t separate the art from the artist with this.  Cara Dune is permanently ruined for me.

Still, I tried to push beyond it and absorb as much of the episode as I could.  The Mandalorian is so quality and I feel bad that this thing is going to trip me up.  It deserves an honest review.  And to be honest, while I generally still loved the episode because Star Wars is Star Wars and I tend to like whatever comes out of this franchise, I’m getting worn down by the side quests.  There’s just too many of them, and most of them aren’t particularly exciting.  In the first season there were generally four side quest episodes, but I found them interesting even if they didn’t move the plot forward by much.  At the very least they provided world building and deeper character development.

So far for season two, every episode feels like a side quest with less than five minutes each actually focused on moving things forward.  I enjoyed the first one because of Cobb Vanth. The second one triggered my arachnophobia and is unwatchable as a result.  I actually very much loved the third one, however, so it has that one going for it.  This one just felt lackluster in comparison to all the others across both seasons.  The only benefit from the quest was that the Razor Crest got fixed, which was very much needed.  It felt like this was an episode designed to give us five minutes of information and thirty-five minutes of first-season-nostalgia (if you can call something from just a year ago something that can trigger any sort of ‘nostalgia’ anyway).

In general, however, ‘The Siege’ was enjoyable, even with the largely side-quest bent of the story.  There were bits that were relevant to the ongoing plot and for that I’m grateful.  We learn a lot about what was left on Nevarro, including a mysterious lab that will be incredibly relevant to our main Baby Yoda plot.  Doctor Pershing is seen in a recent transmission where he makes some disturbing implications regarding blood transfusions and the child.  There are also weird bodies in vats for some reason.  This makes me think that the clone theory may end up being correct.

Based on the evidence presented in the lab and the implications from the last scene with Moff Gideon, I feel like it’s just a hair shy of being confirmed, no? Is there still room for doubt?  Is there any way to read what we were given in a different way?  Clones are happening and the child is involved…. ergo… he’s a clone?  Someone help me out here.

This sequence was the best part of the episode.  It’s the part where we can have some quality discussion about what it all means.  We can speculate and write huge dissertation-length theories on Reddit boards.  This is the stuff I love most and I crave more of it.  I just haven’t been getting enough of it this season, unfortunately.

‘The Siege’ also confirms to our characters that Moff Gideon is alive.  We know this as viewers as we saw him break out of the wreckage during the finale with the Dark Saber.  He’s also appeared in several holographic transmissions throughout this season.  Our Mandalorian didn’t know this, however.  He thought he’d died and that his main challenge now would be finding a Jedi to help get the child to his people.  Sorry, Mando.  Moff Gideon is still here and he’s been messing you up the whole time.  And maybe, just maybe, we can bring back Bo-Katan and her crew and get that Dark Saber to where it belongs.

And now onto the most important part: was our Baby Yoda cute this week? Yes, yes he was!  He gets dropped off at a school on Nevarro where his cute food loving ways manifest in adorable ways.  His flight after the Razor Crest was repaired was also damn adorable.  As the official Baby Yoda Correspondent of The Geekiary, I’d be remiss if I didn’t praise the cuteness!  So this episode was perfect on that front.

Now we are moving on from Nevarro, so hopefully this newfound discomfort with Cara Dune will soon subside.  We have plenty of awesome characters beyond Nevarro: Bo-Katan and her crew, Ahsoka, Cobb Vanth. Any of these could be brought into the inevitable final challenge instead and I would be able to finish out the show without this internal conflict.  This show deserve more balanced reviews without the baggage. 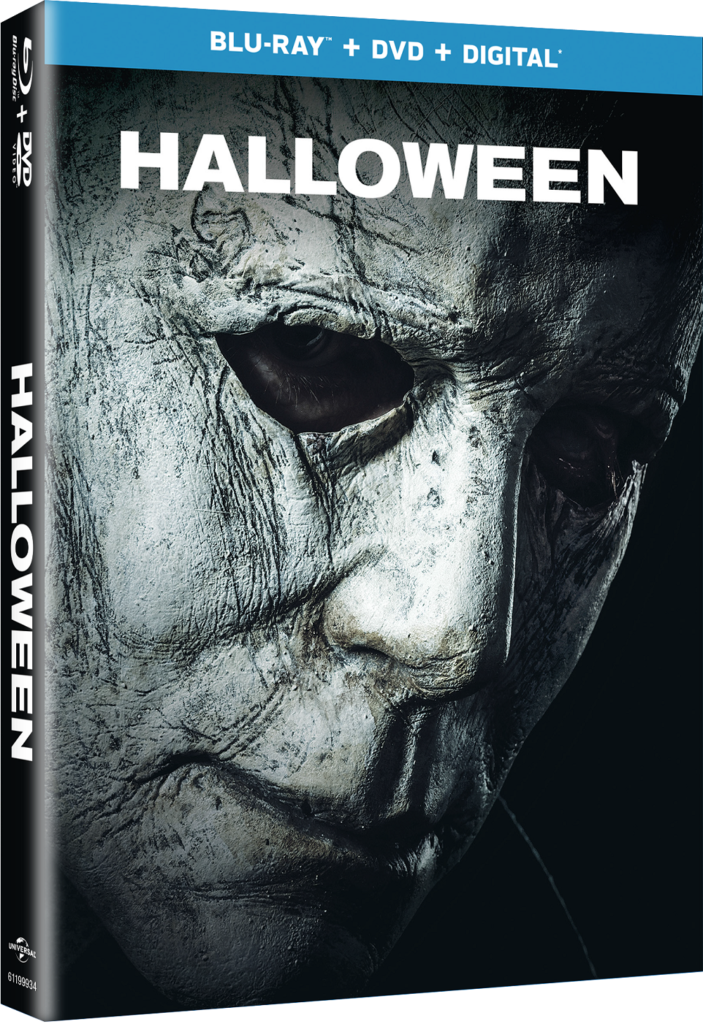 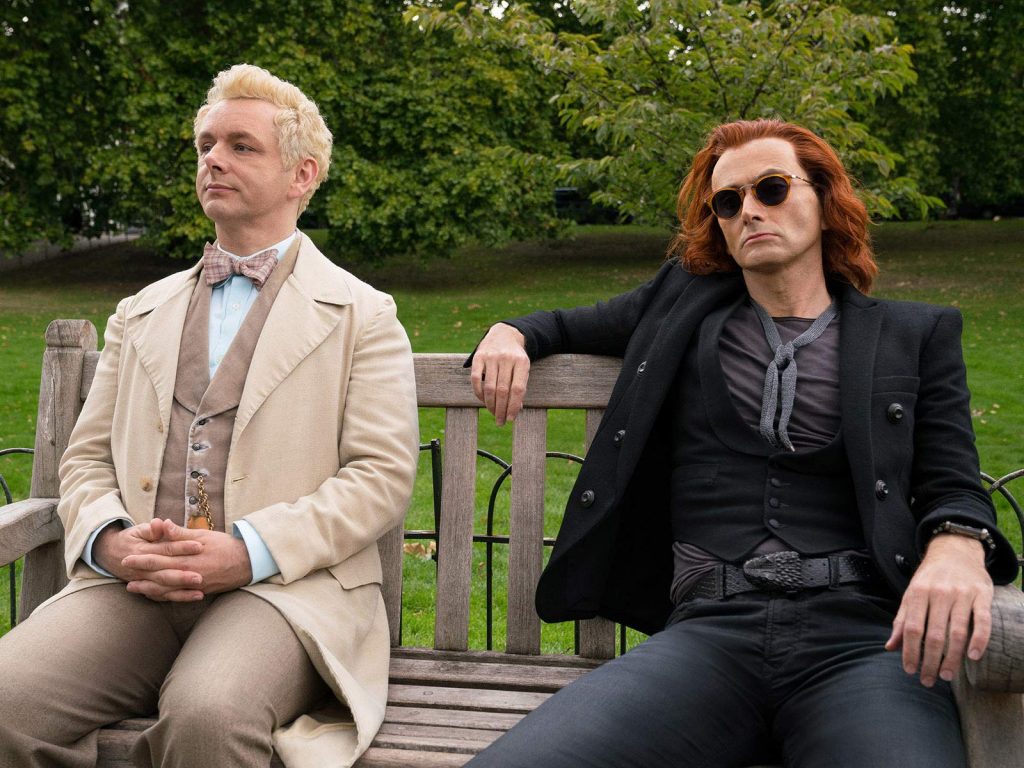 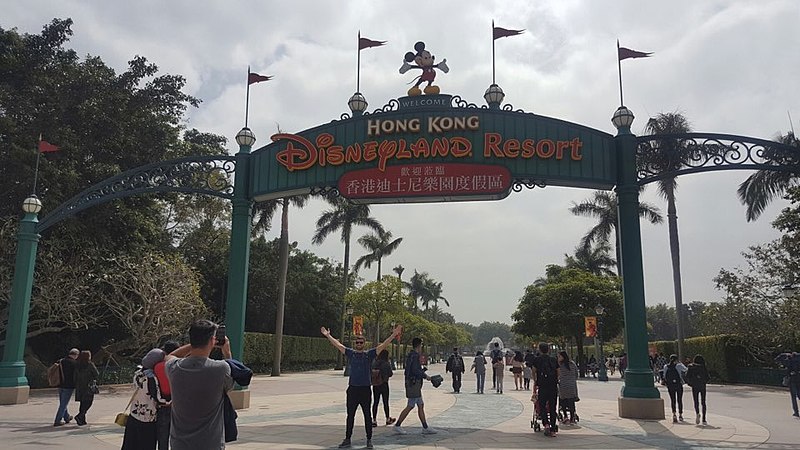