The Star Wars Hotel Should Open In 2021

The Star Wars hotel, also known as the Galactic Starcruiser, should be open by 2021! That gives you a little over a year to save for it.

We’ve been incredibly jazzed about the Star Wars hotel since it was first announced, and all the concept art and information that came out of D23 this year turned up the excitement to 11. The Galactic Starcruiser will be an interactive hotel, much more like a cruise than simple lodging. The price tag of $3,300-$7,200 for a three-day two-night stay makes much more sense when you consider it as a full experience as opposed to a place to crash after a long day enjoying the Walt Disney World theme parks.  Like a cruise, this price is rumored to cover food as well.

It sounds like you’ll be able to choose whether your immersive experience is filled with adventure – shooting the ship’s weapons, having a lightsaber experience, etc – or more of a relaxed affair where you can interact with the characters and sort of laze about.

Some of the concept art shows a casino like venue, though I doubt it’ll be a real casino (if that’s even what that is in those pictures). 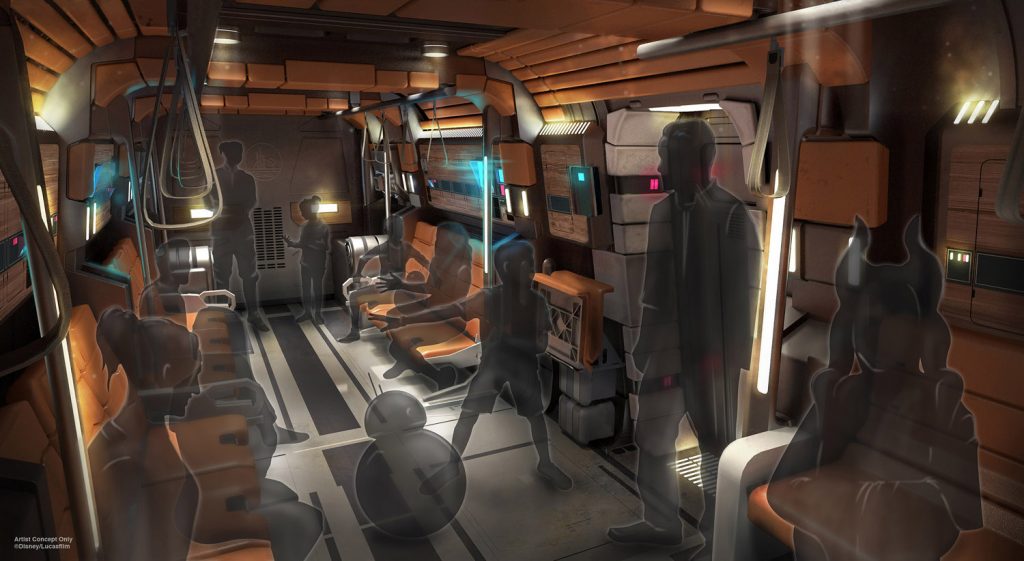 The year 2021 sounds like it’s going to be a super busy year for Walt Disney World. The TRON: Lightcycle Run will also be out by then. Add that on top of Galaxy’s Edge, which has been open for a few months now, and it should be a pretty exciting trip!

Can’t wait until 2021 to get your geek on at a Disney park? Don’t worry! Check out Disneyland over on the west coast. They also have Galaxy’s Edge, which I explored this summer, and will have a new Avenger’s Campus at Disney’s California Adventure should open before summer.

It looks like I’ll be making a trip to Disneyland again this year sometime around SDCC (again), but I’m going to have to zoom off to Florida in 2021 instead.

Previous:ScarJo Killed My Excitement For Black Widow
Next: “The Addams Family” Animated Film Gets Digital, Blu-ray and DVD Release Dates!