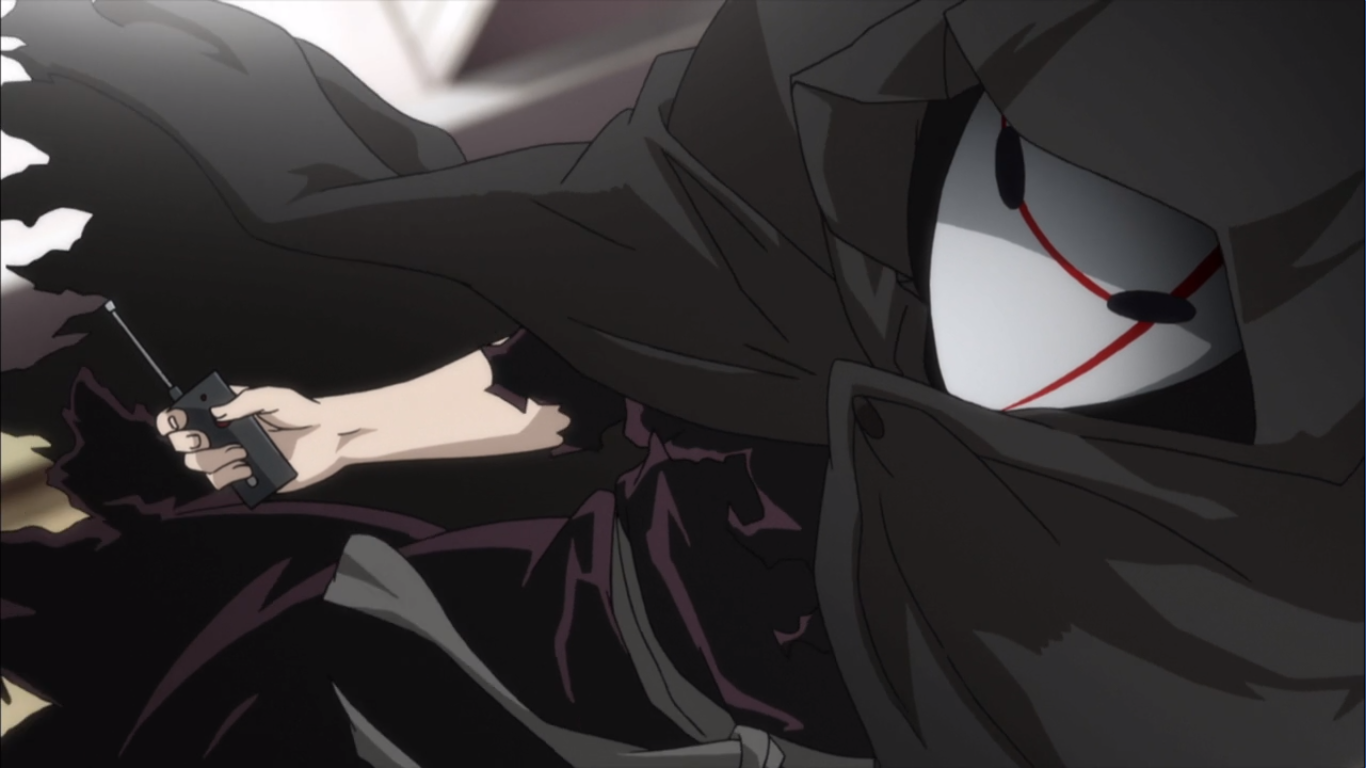 More than halfway through the season, and were finally coming to blows. Fyodor has struck both the Armed Detective Agency and the Port Mafia in “The Masked Assassin”, and in a very Harry-Potter-esque situation, neither can live while the other survives.

Between a flashback arc, a focus on both Fyodor and Francis, and multiple split-story episodes, season 3 of Bungo Stray Dogs has been a little light on…well…on story. As much as I’ve enjoyed this season, I’m ready to get into the meat of things. “The Masked Assassin” almost has too much going on! A mysterious assassin is hunting Gifted, and when Fukuzawa gets attacked, it sends both organizations into turmoil. In the end, Dazai is shot, while Fukuzawa and Mori are hospitalized with a bizarre type of poison that is actually an ability – and the only way to stop it is to kill one of them.

Something I really love about Bungo Stray Dogs is how clever it is. Now that Fyodor is back in the picture, we’re playing a game of cat and mouse. I suppose this makes “My Ill Deeds Are the Work of God” even more relevant, because it showed us what Fyodor is like as an opponent. Basically, he’s always one step ahead of you. Unless you’re Dazai; he came to confront Fyodor even knowing that he would be shot, hoping to gather intel. Truly a master of 4-dimensional chess. 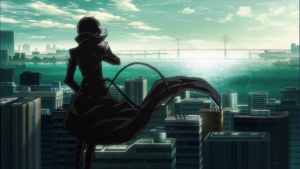 With Fukuzawa and Mori both down for the count, Kunikida and Chuuya are the acting heads of their organizations, and no doubt they’re feeling the pressure of Fyodor’s machinations. I don’t believe either bosses are in real danger – I trust that someone (Ranpo) will come up with a plan – but damn, is it still awesome to see both groups going toe-to-toe in the hospital corridor. I’m also happy to see Akutagawa again. (I mostly mention Akutagawa because I took this very lovely cap of him hoping I could work it into the review somehow.)

So what is the plan? Well, for starters, I’m not entirely sure that was the Armed Detective Agency in the hallway at the end. You’ll notice that Kyouka was there when she wasn’t previously; I suspect that Tanizaki is utilizing “Light Snow” to give them the chance to escape. But how to nullify the virus? Fyodor said that Dazai would have to touch the virus itself, which will be virtually impossible. However, this certainly makes it more understandable why “Herurisu / Portrait of a Father” spent so much time with Lucy trying to figure out how to teleport just the water from her and Atsushi’s wet clothes.

“The Masked Assassin” also gave us vital information about this book that everyone is killing themselves and others for – a book that will allow the user to rewrite reality itself. Fyodor intends to create a “paradise” world – without Gifted.

This was a phenomenal episode. Bungo Stray Dogs is a show that just keeps getting better and better. The animation is gorgeous, the writing is great, the music is amazing, and the characters and story just get more and more interesting.

Have you seen “The Masked Assassin”? What did you think?