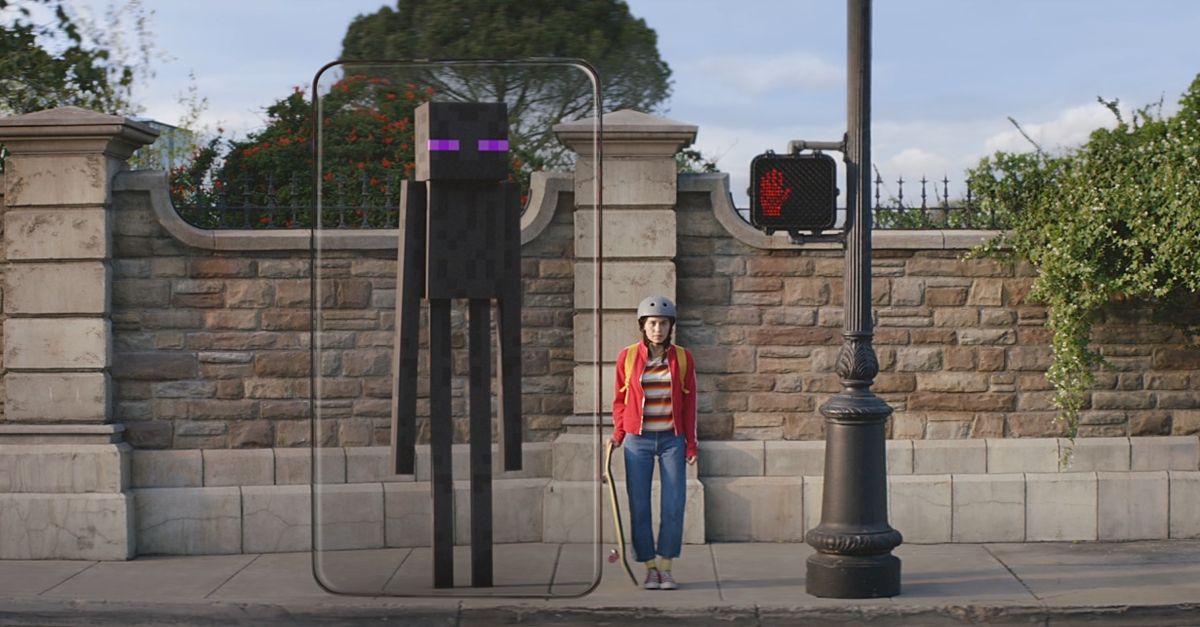 The trailer for Minecraft Earth just dropped and I can honestly say I’ve never been this excited about a game before.  It looks amazing.

I started playing Minecraft back in 2009 when it was still in beta.  I’ve dropped in and out of it every few years when I find quality group servers that hold my attention.  I’m always looking for new people to play with (should we create a Geekiary server, y’all? Let’s do it) because collaborative sandbox games are totally my jam.  I’m also a big fan of Pokemon Go, which has motivated me to get out and explore my neighborhood and interact with locals I probably wouldn’t have interacted with before.  Judging by the trailer for Minecraft Earth, it seems to be an awesome combination of these two things, and I’m absolutely vibrating with excitement.

The only drawback I see is Enderman, but that’s a personal thing honestly.  I took a brief break back in 2011 when Enderman were introduced in the main game and came back without any knowledge that this horrifying Slenderman-influenced mob had been introduced.  I distinctly recall screaming loudly at 3:00 am the first time one popped up in the game for me.  In fact, I still scream now when they pop up even though I know they are there.  So I’m not too terribly keen on opening up my Minecraft Earth AR game and seeing an Enderman hovering over me.  I’m sure my neighbors won’t appreciate me screaming in the dead of night yet again.  But I’ll get over it.  Because damn, guys, this game looks great.

There are no definitive dates set in stone for the game’s release, but most sources seem to indicate the beta will roll out this summer with the full game becoming available sometime later this year.  You can sign up for alerts regarding the game release at the official website here. As I was a beta for the original game, I’m definitely going to hop on the chance to beta for this version of it as well.  Who’s with me?  Let’s Minecraft our world!