“Boruto: Naruto Next Generations” Manga Issue 35 Review: It’s Up To You 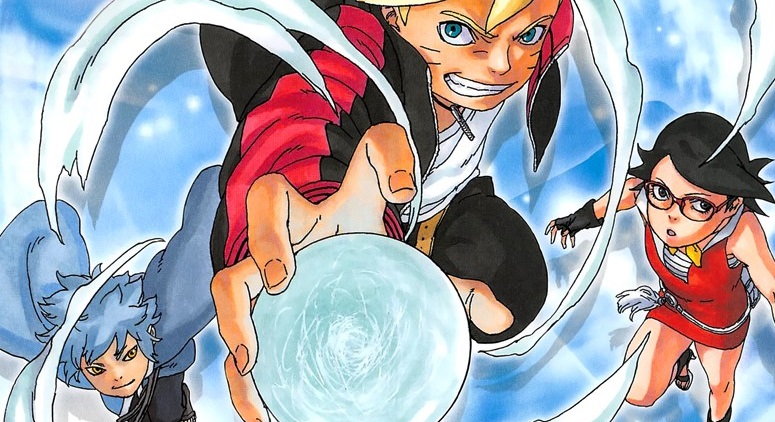 Now, this is the kind of manga issue I want from Boruto. Titled ‘It’s Up To You,’ chapter 35 gave us new information about what the Kara organization has been working on. Also, I’m looking forward to a likely connection between the Karma Seal and Sakura.

Some of the previous Boruto manga issues have been quite boring. You could see Ukyou Kodachi and Mikio Ikemoto wasting panels and dragging the story. However, things changed for the better in Boruto chapter 35, ‘It’s Up To You.’

Picking up from right where the previous chapter ended, we got an enjoyable interaction between Kurama and Kawaki.

Kurama saying Kawaki reminded him of a young Naruto made sense because Naruto too was used as a vessel. I also liked the panel where Kawaki shed a tear. Due to the dangerous missions the main characters have to deal with, sometimes you can forget they are only children. I appreciated the panel allowing Kawaki to show some emotion.

Naruto and the rest are still trying to learn more about the Karma Seal. The diamond shape of the Karma Seal is similar to the Byakugou No Jutsu. They also work the same. Both give the user a surge of chakra to increase their strength and other abilities. Salad’s the one who brought up the connection because Sakura (her mother) has the Byakugou No Jutsu on her forehead.

I was very glad when this likely connection was mentioned. Being a Sakura fan, the more Sakura I can get, the happier I’ll be.

According to Mitsuki, there’s a lot of history surrounding the Byakugou No Jutsu. As far as I can tell, only Tsunade and Sakura have it in the entire Narutoverse. So, it’ll be interesting to see what our young heroes are able to learn about it and how it might help them take down the Kara organization.

‘It’s Up To You’ also gave us a lot of Sasuke. After gaining information from the flash drive Konohamaru procured, Shikamaru and Sai sent Sasuke to a new location (only accessible through the Space-Time Jutsu). Once there, Sasuke was presented with a lot of troubling stuff. Turns out, the Otsutsuki came to Earth in pairs.

Now, I get the Boruto series seems to be presenting numerous retcons. But I guess we just have to go along with them.

Apparently, Kaguya came with a male version of herself. We didn’t get a lot of information about the new character. However, certain fans are calling him the Otsutsuki King. Sasuke also found a Jyuubi from which Jigen has been siphoning chakra.

Of course, there are fan theories about how Jigen is a vessel for the Otsutsuki King. Furthermore, according to certain theories, there are still two more Otsutsuki members out there.

Boruto chapter 35, ‘It’s Up To You,’ gave fans a lot to think about and I hope the upcoming manga issues are as good if not better.

What did you think? Let us know.