Is Naruto’s Sakura Haruno a Weak Female Character? I don’t think so! 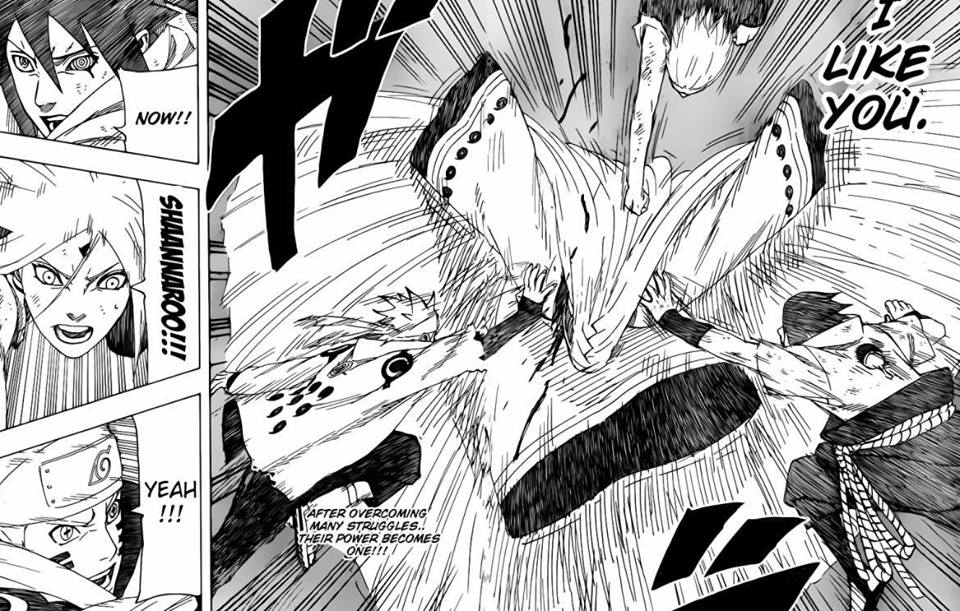 While he might not have at first, near the end of the Naruto manga, Masashi Kishimoto really did start making Sakura Haruno the strong female character she had the potential to become.

I’m a huge fan of Naruto, but the titular character wasn’t the one that drew me to the series. I started reading the manga and watching the anime because of the pink-haired Sakura Haruno. Even though she wasn’t at par with Naruto and Sasuke in the beginning, I still knew she was meant for greatness sooner or later. What I didn’t know back then was that I was entering a very vocal part of fandom. Whether it was a shipping war or some debate about character strength, Sakura Haruno got a lot of criticism.

I wrote a piece a few years back about why I believe Sakura to be a strong female character. I talked about events that took place since her debut till her manually beating Naruto’s heart. And I am glad to say that Kishimoto continued writing her as the female character I always knew she had the potential to be.

The Fourth Shinobi War showed Sakura finally mastering the Strength of a Hundred Seal or the Byakugo, which is considered the pinnacle of chakra control. This allowed her to show immense brute strength during the war. She also demonstrated her incredible medical skills when she pumped Naruto’s heart with her own hand to keep him alive.

One of the most surprising things to see during the war was Sakura’s determination to fight a ninja as powerful as Madara. I wanted to angrily yell at Kishimoto when he showed Sakura feeling afraid of Madara, however, that was just a tease because she released the Ninja Art Creation Rebirth – Strength of a Hundred Seals, a forbidden technique that made the user virtually impossible to kill during battle. Giving Sakura such a technique felt like Kishimoto’s way of telling Sakura-haters that the pink-haired ninja was here to stay.

While Sakura made a misjudgment when she attacked Madara, at least her heart was in the right place. She wanted to act as a diversion for Naruto and Sasuke, and used herself to protect them. She acted according to the information she had about her opponent, and her plan was perfect depending on what she knew. She was done being a damsel in distress.

During the war her feelings for Sasuke also got a lot of focus. Whatever she did, Sasuke kept ignoring her. But she didn’t give up, and her immense chakra control and resolve to save Sasuke allowed her to bring him back from the dimension Kaguya, a God-like being, had banished him to.

During the finale of the war, Kishimoto made it clear that without Sakura’s help, both Naruto and Sasuke wouldn’t have been able to seal Kaguya. The God-like being made the mistake of ignoring Sakura’s presence which led to her defeat. Watching Sakura land an immensely powerful punch on her head was a sight to see. It even broke one of Kaguya’s horns! She also became one of the four living ninjas who met the Sage of the Sixth Paths and was complimented for her efforts.

The Last – Naruto the Movie

With the war ending, Sakura became a celebrated hero. She also went on to play a very major role in The Last. Her wisdom and maturity was shown when she helped Naruto understand his feelings for Hinata. Sakura might still be an emotional mess when it comes to Sasuke, but at least she’s able to give good advice to others.

She was also the only one in her team to break free from a powerful genjutsu and help her friends. Not only that, she continuously healed Naruto for three days to save his life.

Sakura Hiden – Thoughts of Love, Riding Upon a Spring Breeze 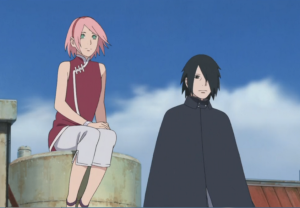 This novel by Tomohito Osakai helped readers understand Sakura’s mentality and growth as a character. She grew up to become a very compassionate young woman, especially due to her desire to help Naruto and Sasuke, and seeing them struggle due to being orphans. Growing up with them allowed her to be emphatic towards other children. With Ino’s help she setup a clinic for young children affected by the war.

She continued showing her immense strength and inability to give up during her fight with the story’s villain. She also proved to everyone that she wasn’t a damsel in distress, and was able to save herself before her rescuers arrived.

Her relationship with Sasuke was also a huge part of the story. Though I have my problems with those two being together, I have to admit that the fact Sasuke came running back when he heard Sakura had been kidnapped made me smile. Their love for each other is strong even if it is unspoken.

All of the questions were answered in the mini-series, and it was made clear that Sasuke loved Sakura, and more importantly he respected her as a powerful ninja. The mini manga series also showed Sakura as a capable and loving mother.

Some fans argue that Sakura didn’t have much to do in this film expect reduce a giant piece of a stadium into rubble, and help heal injured ninjas. Even though I agree with such fans, I also understand that the film wasn’t about Sakura. It was about Boruto’s relationship with Naruto. However, that is not to say we didn’t get some insight into Sakura as a character. The final scene with her sitting with Sasuke and watching over Boruto, Salad, and Mitsuki reminded fans that she was content with her life, and had faith in the next generation of shinobi.

With a new mini-series about the next generation of shinobi due to be released this year, I’m looking forward to seeing more of Sakura Haruno. I still want to see Sakura and Sasuke’s wedding but I think Kishimoto is going to make us wait a while for that.

What are your thoughts about Sakura Haruno and her character growth over the years? Let us know!