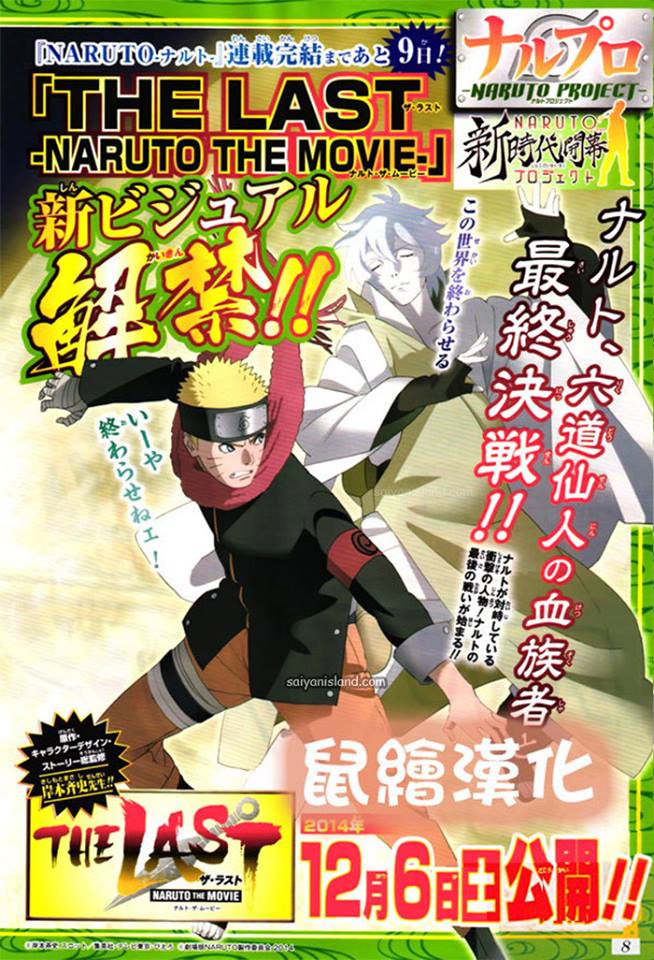 When I first started watching “The Last: Naruto the Movie” I didn’t expect a romance to be one of the best in the Naruto movie franchise. The latest offering is a love story at heart and that’s what makes it great!

The following review contains spoilers so you have been warned! Shannaro!!!

“The Last: Naruto the Movie” fills the gaps in the Naruto manga finale and showing how Naruto confessed his love to Hinata and married her. The plot directly links to Hinata’s Hyuga lineage and the story also talks about the younger brother of The Sage of The Six Paths who was featured a lot in the manga. I always wanted to know about the younger brother Hamura Otsutsuki and I was surprised to find out that he gave rise to a whole civilization on the moon.

The main villain is Toneri Otsutsuki and he wants to fulfil Hamura’s Celestial Decree, which asks for the destruction of Earth because of humans waging war against each other. In order to complete his mission he needs the Byukagan and kidnaps Hinata’s younger sister Hanabi to take her eyes. With her eyes he plans to unleash the Tenseigan and create a new Earth with Hinata as his wife. Kakashi sends out Shikamaru, Sai, Hinata, Naruto and Sakura on a mission to rescue Hanabi and also gives Shikamaru a clock that’s counting down to when the moon will hit Earth.

It’s during their mission that Naruto and Hinata start growing closer together and Naruto finally realizes his love for the Byukagan princess. I know Naruto is an action manga series but I have to tell you that the best scenes from the film were the ones shared between Naruto and Hinata as they bonded. The animation was spot on and it really made Hinata look beautiful in every scene.

There were also scenes that linked back to important Naruto/Hinata interactions throughout the manga. Hinata again gave Naruto healing ointment like she did during the Chunin exams when they were young. There were a lot of flashbacks that showed Naruto how much Hinata loved him. I personally liked the scene where Hinata shared her own chakra with Naruto at the end. This paralleled the scene where Naruto grabbed her hand and shared his chakra with her during the Great Ninja War. 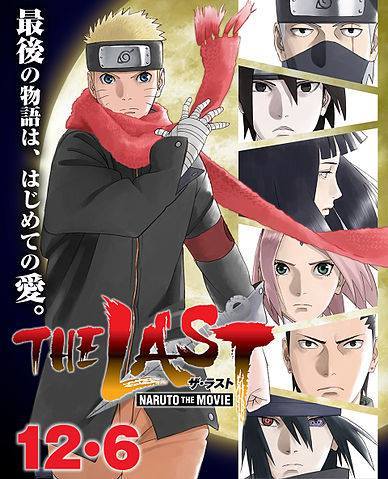 I know there are fans who were surprised to see Hinata ending up with Naruto in the manga finale and I hope this film shows them why Kishimoto made those two a couple. I have shipped them from the beginning and I knew they were going to end up together when Hinata put her life on the line to save Naruto from Pain, a scene which was shown many times during the film.

Sakura also played a major role when it came to brining Naruto and Hinata together. She was the one who explained to Hinata that because Naruto grew up alone he wasn’t wise enough to understand the difference between ‘loving’ sweets and ‘loving’ a person. There was also a heart-felt interaction between Sakura and Naruto. I think that scene was meant for the viewers who can’t see the bond Hinata and Naruto share.

Yes, Naruto said he loved Sakura in the manga, but as she said in the film, he said that because he knew she was in love with Sasuke and he didn’t want to lose to him when they were young. When it came to true love, it was Hinata who had Naruto’s heart and I loved how Sakura urged him to be true to his feelings.

Reading all this talk about romance you might think there was no action in the film. Well, don’t fear because the film did feature some awesome fight sequences especially at the end when Naruto and Kurama fought Toneri. The Kage’s also demonstrated their power against the meteors falling towards Earth. But like I said before the romance part of the film was so well done that you won’t miss the fighting as the movie progresses.

Here are some important things for you if you wish to watch the film:

“The Last: Naruto the Movie” is an official part of the Naruto canon and it does a great job focusing on the Naruto/Hinata relationship and allowing Naruto to grow as a character through it. Being true to ones feelings is part of growing up and I’m glad to see Naruto finally travel that road.

Have you watched “The Last: Naruto the Movie” yet? What did you think of it? Let us know!

6 thoughts on ““The Last: Naruto the Movie” Review”