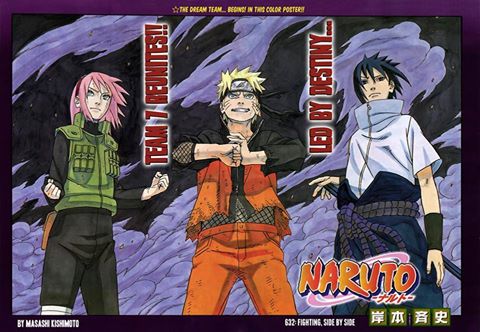 It seems Naruto creator Masashi Kishimoto isn’t ready to let go of the ninja universe he created just yet. With The Last: Naruto the Movie hitting Japan last December, fans of the franchise will see Naruto’s son Bolt/Boruto take center stage this August.

The Naruto manga ended after 15 years in November. The last issue of Naruto made an announcement of a manga mini-series debuting this spring which will be part of Kishimoto’s “Naruto’s New Era Project”. As the name implies the story will focus on the new generation of ninjas.

According to Crossmap, the new film will focus on Bolt and Salad/Sarada, Sasuke’s and Sakura’s daughter. Both Naruto and Sasuke shared a special bond throughout the manga and I wouldn’t be surprised if there’s a unique connection between Bolt and Salad, too. The young characters have very big shoes to fill.

Bolt is the son of Hokage and world savior Naruto, and is also the prince of the Hyuga clan because of his mother. Salad is the daughter of Sasuke, a very powerful Uchiha, and Sakura Haruno, one of the strongest ninjas out there. Salad is also the only Uchiha in the new generation and the clan’s legacy will live through her. There’s a high chance she will reveal having the sharingan like her father, and perfect chakra control like her mother.

A lot of fans grew up with Naruto and I think it’s wise of Kishimoto to move forward with the story by introducing a newer generation of characters. It worked amazingly for the Avatar: The Last Airbender animated series with the debut of The Legend of Korra.

I, for one, am looking forward to seeing Bolt and Salad taking the Naruto Universe forward and entertaining millions of fans for years to come.

What are your thoughts about the new mini-series and Bolt’s own animated movie? Let us know!