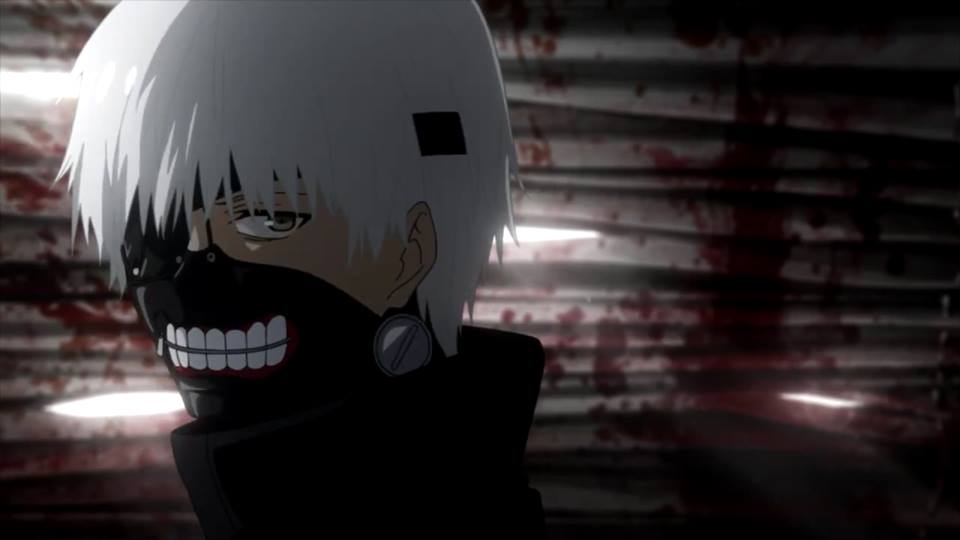 If you read my review from last week, then you know that my first impression of Tokyo Ghoul Root A was lukewarm at best. But let me tell you, this week’s episode of this series definitely changed my thoughts and opinion for the better! Episode two titled “Dancing Flowers” definitely piqued my interest for this new season and left me dying to know what’s to come. 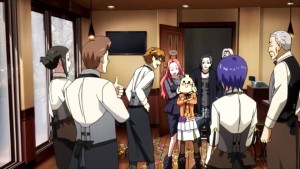 The episode started out strong with an action-packed flashback of the first fight between the older generation CCG members (Mado, Shinohara, Arima, etc.) and the invincible SSS rated ghoul “Owl”. Following that scene, the show went back to the present with our favorite ghouls prepping to reopen cafe Anteiku. From then on, the rest of the episode progressed similarly to how the manga is written, jumping back and forth between the perspective of the ghouls and the CCG. What’s new was the scenes with Kaneki fighting alongside Aogiri Tree. This episode did not particularly have our protagonist in it. Instead, it showed bits and pieces of what was happening inside all of the different groups: Anteiku, CCG, and Aogiri Tree.

While watching this new plot unfold, I felt both nervous and excited. It was so strange to see Kaneki as one of the captains of Aogiri Tree and fighting on the same side as Touka’s younger brother Ayato. The plot seems to be picking up very quickly. Although I felt wary about the path that the show was taking, I’m starting to feel more reassured that this series won’t end up a disappointment.

I also found it to be very interesting that the show-runners decided to fuse many parts of the original story with the new plot line. I think that this was a very smart move. By doing so, I was still able to feel familiar with the show without being too surprised by the newness. I was also relieved to find out that none of the characters from the show were cut. Instead, they were all incorporated into this new story. 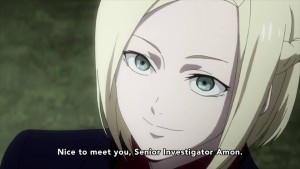 In this episode, we were introduced to Akira Mado, a CCG ghoul investigator and the daughter of the late Kureo Mado (an investigator that was killed by Touka in season one). Having already read the manga, I already know what an awesome character Akira is, but I’m curious to see how her character development will play out in this new storyline.

One other surprise in this episode was the ending credits! Last week, I mentioned how the ending was amazing. The song was great and original illustrations of the Anteiku ghouls by the author Ishida Sui was very beautiful. However, this week, the ending theme had images that Ishida Sui drew of the members of the CCG! The imagery was equally as beautiful as the one from last week!

If anything, this episode really increased my expectations for the show. I really enjoyed everything that happened in this episode and I can’t wait to find out where the plot will go next week! And in case anyone was wondering, I still don’t like the opening theme.