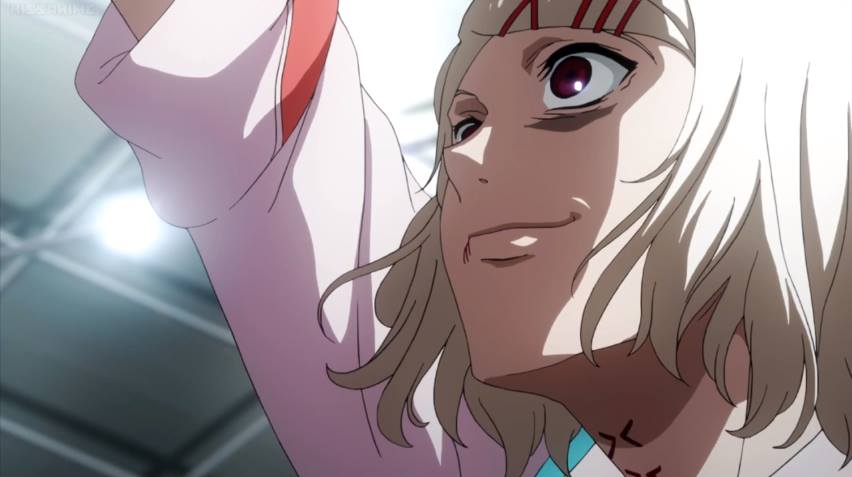 Before watching episode three of Tokyo Ghoul Root A, I tried to avoid the internet as much as possible so that I wouldn’t see any spoilers. Luckily for me, I didn’t have anything to worry about since hardly anything happened in the episode at all. There was nothing that could have been spoiled. Last week, I mentioned that my expectations for this new season of Tokyo Ghoul was slowly increasing. Well, whatever hope I had took a major downturn after watching the latest episode.

This episode felt very unusual to me. It felt like a filler episode, but in a way, kind of a necessary filler. It was very similar to the format of last week’s episode in the sense that it spent the majority of the time switching over from the perspectives of Anteiku, Aogiri Tree, and the CCG. The reason behind that, I’d assume, would be to keep the viewer up to speed on what each group knows and also (hopefully) to set up for the progression of the plot.

Some pros from this episode include the fact that we got to see Kaneki in action again, albeit very briefly. I believe that it’s confirmed that Kaneki, aka “Eyepatch” is now one of the captains working for Aogiri Tree. At the beginning and towards the end of the episode, we were able to see him fight alongside Ayato again. But that’s all we get to see of our protagonist. Aside from his little fight scenes (one of the only things that helped me get through this episode), we literally only hear three lines from him. One of his lines was a simple “Yeah”. There was no development in his character at all. 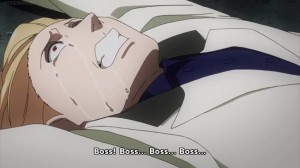 However, we did get introduced to another new character! For fans who read the manga, we are already familiar with our darling, lovable idiot, Naki, a ghoul who was previously in the custody of the CCG. Naki is the self-proclaimed younger brother of the Yamori or “Jason” (the ghoul that captured and tortured Kaneki in the previous season). He finally got to make his grand appearance in the show. In this episode, Naki finds out about the death of Yamori (who was turned into a quinque for Suzuya) and is left to mourn his death alone.

If I were to be honest, I’m starting to get irritated by the ineffective use of the characters this season. I mean, come on! There are so many awesome characters in this show and all they’ve been doing is sitting around explaining things. It’s frustrating. Yet here I am continuing to have hope since I heard that the creator of the manga, Ishida Sui, had a lot of influence in the making of this season (that and my complete devotion to the series). I’m still hoping that things will get better. At the very end of this episode, we find out that Kaneki’s little squad (Tsukiyama, Banjou, etc.) infiltrated Aogiri Tree in search of Kaneki. Hopefully that revelation will make this series pick up it’s pace a bit.

And again, the episode ended with another beautiful illustration by the mangaka Ishida Sui. This time, the illustration was a cute little comic of Naki and his beloved “older brother” Yamori. I’m starting to see a pattern in the ending theme for the anime. Each episode ends with a different illustration by the creator that relates to some of the events that occurred in the episode or the characters that the episode really highlighted. I’m really hoping that this trend continues on throughout the season. After watching this episode, the new ending illustration is the only thing that I’m looking forward to in next week’s episode. But we’ll see what happens then.