Dear Geekiary: I need my Avatar fix! What should I do? 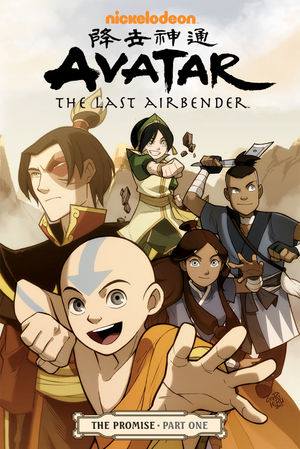 “Dear Geekiary! I’m a huge Avatar: The Last Airbender fan. Have watched all the books and also did the same for Avatar: The Legend of Korra. Book 4 ended recently…yeah to bisexual Korra! I was happy about how it ended but now what? Where do I turn now? Any advice? I need my Avatar fix!” 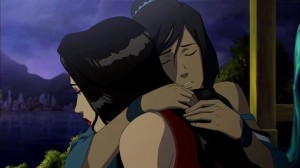 Coming to your question, I would recommend re-watching both series if you haven’t done that already. Start with The Last Airbender and watch till the final episode of TLK. Invite some friends over and make a party out of it.

It wasn’t clear from your question, but have you read Avatar: The Last Airbender graphic novels? These graphic novels were created by Michael Dante DiMartino and Bryan Konietzko, the brains behind the Avatar Universe. The stories are a continuation of TLA, and they help fill a lot of gaps between the two main animated series. Currently there are three graphic novels you can read, each consisting of three parts.

The first is “The Promise” which features the original ATLA cast trying to maintain peace after the 100 year war. I actually thought it was going to be a story about Zuko finding his mother but as turned out, it was about a promise Aang make to the young Fire Lord.

The second is titled “The Search” and this one deals with Zuko searching for his long-lost mother named Ursa. I was a big fan of Zuko’s mother in ATLA and was expecting her to show up in the finale. I’m glad Bryan and Michael decided to share her story this way. There’s a lot of talk about the Avatar’s spiritual world in the story and I believe you will surely enjoy reading the mystery surrounding Ursa as it stars to unravel. She was an amazing mother, even to Azula.

The third graphic novel is “The Rift” and it focuses on Aang creating the Republic City as well as Toph talking things out with her father. The story helped me understand the relationship Toph shared with her parents and why she was so ready to accompany Team Aang and leave all her family riches when they met.

According to CBR, the fourth graphic novel is called “Smokes and Shadows” and it will be released on September 23rd, 2015. The story will focus on the Fire Nation and Lord Ozai’s followers conspiring to take Zuko down. The Fire Nation ruled almost the entire Avatar world for 100 years so it will be exciting to see how devoted Fire Nation people will react to a young lord who wants all nations to leave in peace. You can probably also expect a lot of drama, because the rebellion to take down Zuko will be led my Mai’s father. For those of you who don’t know, Mai is Zuko’s ex-girlfriend, and she will be playing an important role in the story.

These graphic novels are actual canon and even though we haven’t gotten an animated series about them it’s still fun to revisit the characters we fell in love with and see how their actions affect the Avatar Universe and set things up for the era in which Korra was born.

Fingers crossed that we get similar graphic novels for TLK, too! I want to read about Korra’s life with Asami, and how Team Korra continues to help the world they live in.

I hope my answer helped you, Airbender!

A question for The Geekiary? Email us at DearGeekiary@Gmail.com or message us at the Dear Geekiary Tumblr.