Fans of ATLA Will Love “The Rise of Kyoshi” 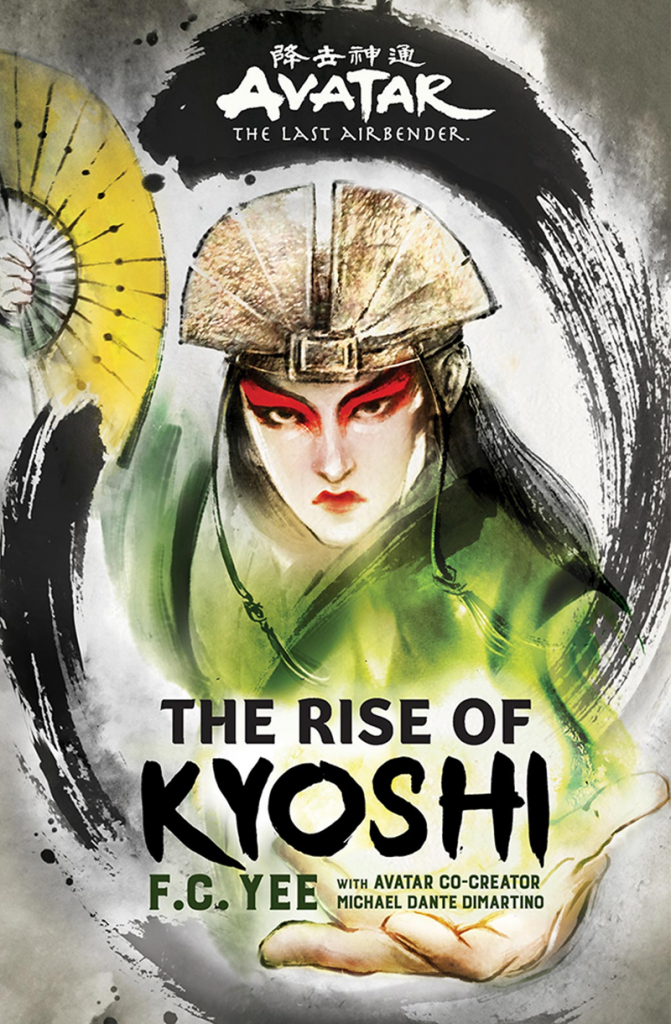 I got into Avatar: The Last Airbender late but I absolutely loved it, and diving back into the world is a no-brainer for me. The Rise of Kyoshi, a YA novel about the origins of Avatar Kyoshi, is a wild ride from start to finish, and fans of ATLA will want to check it out.

Written by F.C. Yee – with assistance from ATLA co-creator Michael Dante DiMartino – The Rise of Kyoshi chronicles Kyoshi’s humble beginnings as a street urchin to her debut as the Avatar. As with Aang in the television show, Kyoshi’s ascendance is highly unconventional. Namely, something goes wrong during this cycle, and it takes years for the Earthbender sages to locate the Avatar. And when they do…it isn’t Kyoshi. Through a series of circumstances, everyone thinks that someone else is the Avatar, and no one knows that it is actually Kyoshi – not even Kyoshi herself. But when someone finally discovers that Kyoshi may in fact be the Avatar, there is a huge, deadly confrontation, and Kyoshi flees and vows revenge.

I really enjoyed The Rise of Kyoshi. As much as I loved the Gaang, when a fictional world has as much rich lore and history as the one in ATLA, I am always desperate to know more. I have picked up histories of Westeros and The Four Lands and Thra and devoured every single one of them. This isn’t just a story about Kyoshi; it’s a story about the politics of the Earth Kingdom, as well as a look at how previous Avatars may have been trained. Because of her self-imposed exile, she is forced to search out some rather unorthodox bending teachers, and there are some really neat bending tricks that she picks up because of it. It’s honestly a fascinating glimpse into this world.

Kyoshi is a very compelling character. From watching the show, you got the sense that she was one of the more interesting Avatars, so I’m glad she was the one who got this duology. Her childhood shaped much of her life and her attitude – from growing up an orphan on the streets to serving the boy who everyone thought was the Avatar – and it is extremely interesting seeing how a young person who grew up not knowing she was the Avatar reconciles her experiences with the great and overwhelming moral authority she will be forced to become.

A very big thing I either somehow missed or completely forgot about, it was revealed in Turf Wars that Kyoshi was bisexual, and that is an aspect of her character that is explored in this book. The best part is, it isn’t subtle at all. It is completely obvious and in-your-face and the relationship she has is important to her growth and development, and I am very happy they could be this blatant about it in a way they couldn’t on The Legend of Korra.

In short, if you are a fan of ATLA, please do pick up this well-written book about the origins of one of the most fascinating background characters of the series. This reads very much like an episode of the show, with heart-pounding action, soul-searching, a quirky group of loyal companions, and an overarching villain who seems to always be one step ahead.

The Rise of Kyoshi by F.C. Yee is published by Amulet Books and will be available July 16 wherever books are sold.