Dekkoo’s “Stranger Hearts” Season 1 Review: An Emotional Looks at the Connections We Share 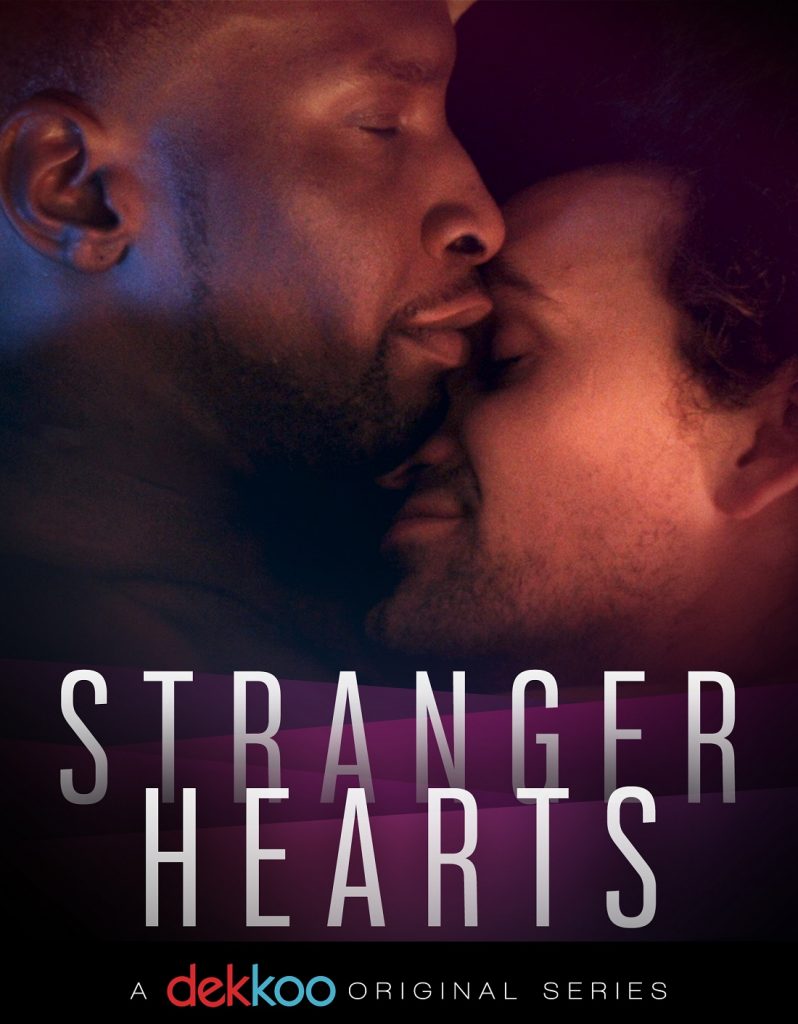 All five episodes making up the first season of Stranger Hearts are currently available to stream on Dekkoo. This very emotional, queer-centric narrative is from filmmaker Kevin James Thornton. It follows three queer leads who don’t realize how their lives are connected to each other.

I was provided screeners of Stranger Hearts season one for free to review. The opinions I have shared are my own.

I’m not really sure what Thornton wanted to say through Stranger Hearts. The narrative handled some interesting topics. However, I’m not sure what the endgame was supposed to be, narrative-wise. Perhaps more will be explored in the second season? But then again, considering how the five episodes concluded, I wouldn’t be surprised if a second season introduced a new cast and plotlines.

Andre is a shy young African-American man struggling with his sexual identity. When his mother finds a stack of gay porn hidden in his closet, the truth starts inching ever closer to the surface. Luka is a gender non-conforming photographer who has fallen on hard times. In need of a steady job, Luka decides to dip their toe into the risky world of escorting. Billy is a smooth-taking media mogul who finds his life turned upside down when he’s diagnosed with an incurable heart disease. While waiting for a transplant, he begins reevaluating his life and learning to appreciate the people closest to him.

The three lead characters are from very different backgrounds, and it was interesting to see how their connection was revealed over the course of the series. Each character got their own little narrative arc to share with the audience.

We got Matt Moran as Billy Bower, a successful publicist. His aim to be the best and create a life that’s worthy of envy led to him not having friends. The news about his medical condition is what made him reevaluate his life and realize how much he’s pushed people away.

Amo played Luka, a gender-nonconforming artist struggling to make ends meet. The episodes used Luka as the narrative voice to present questions about what is meant by living a special life and how everyone wants their life to mean something.

Qua Harper Robertson played Andre, a young black man trying to make sense of his sexuality. I liked how Stranger Hearts used Andre’s story to showcase how tough it can still be for young queer people to accept their truth even if they have a supportive family.

Andre’s mother also played an important role in the story. And I won’t be spoiling the details.

Another thing I enjoyed about Stranger Hearts is how Thornton presented content that didn’t use unnecessary drama. The series is about normal people going about their normal lives, trying to manage the highs and lows as best as possible. Kudos to Thornton for setting a pace that worked perfectly for the type of story he’s telling.

Again, I’m not really sure what the definite lesson behind Stranger Hearts was supposed to be, or if Thornton even had something definite to say. Perhaps this series is about how the LGBTQIA+ community is connected to each other even if said connection might not be fully realized on an individual level?

The script surely shone a light on the bond between parents and their children, though. So at least there’s that.

In a sense, I wouldn’t be surprised if Thornton left most of the stuff up to interpretation.

Whatever the case, at least I can say that I binge-watched the five episodes (each being less than 30 minutes long) because I was engrossed in what was happening. I could kind of tell where the narrative was going, but the series still kept my interest as everything came together.

Considering a whole lot of us are staying at home, you should think about checking out this series on Dekkoo (made available on March 12, 2020) as well as the rest of the queer content this streaming service offers.

Previous:Bored and Quarantined: Podcasts & Video Games to Binge While You Practice Social Isolation
Next: Nightwing Issue 70 Review: “From the Darkness”