Twenties 1×07 Review: What Would Todd Do? 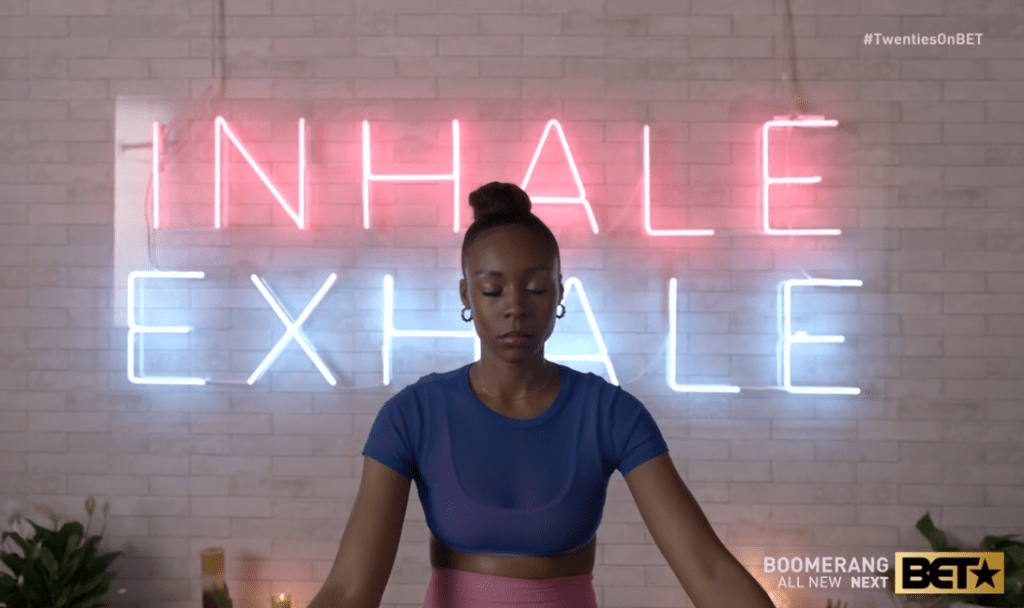 Nia in ‘What Would Todd Do?’ (Image: Screengrab)

The penultimate episode of Twenties, titled ‘What Would Todd Do,’ had the three main leads act like Todds to try and get what they wanted. Of course, acting like a Todd didn’t necessarily work out for the entire trio.

When I found out what the title of this week’s episode was going to be, I was confused. I asked myself if I had missed a character named Todd even though I hadn’t missed a single episode. Well, it was revealed that Todd was the name the leads had given to the type of men who were able to succeed in life regardless of their mediocrity.

Todds were the men who walked into rooms as if they owned them. They had the ability to make their basic ideas look great during business meetings. And of course, considering the effort Hattie, Marie, and Nia had to put into their careers, they were frustrated by the Todds around them.

We have seen Marie make some impressive power moves in her career to teach Ben a lesson about messing with her. That’s why it was disappointing to learn she still lost to Ben. The scene where she read the email about not getting the promotion was sad because I had been rooting for Marie’s success.

I appreciated her husband, Chuck, trying to make things better for her. And while I do like them as a couple, I’m still waiting for Marie and Chuck to have a conversation about Chuck being bisexual. With only one more episode left in this season, I have my fingers crossed the writers can properly address said topic.

As for Hattie, she’s still dealing with a messy romantic life. I liked her sharing a sweet moment with the barista. However, Hattie’s still in love with someone else. She needs to figure stuff out. Again, with only one more episode left, I have no idea what Hattie’s status will be when we say goodbye to her.

‘What Would Todd Do?’ was a very Nia-centric episode and I have no complaints. I had been waiting for Twenties to give her an interesting character arc. She’s still trying to get back into the acting business and this week’s episode had her prepare for a showcase as part of her acting class. Also, shoutout to the always amazing Seth Green for playing the acting class teacher.

The writers of Twenties don’t hesitate to touch certain issues and this episode was no different. I felt sorry for Nia when her acting partner suggested a stereotypical role for her to play in front of the casting agents. Seeing Nia force herself to give the role her all just to make the agents notice her was upsetting.

In my opinion, the scene talked about how Hollywood expected certain people to act and won’t give them the time of day if they don’t fit a particular box. Actors of Middle Eastern and South Asian descent still face an uphill battle to not immediately get cast as terrorists in media. Similarly, Nia found herself being cast as a stereotypical black woman during the showcase because that’s what was expected from her.

It made sense for Hattie, Marie, and Nia to decide to act like Todds for a day. It was apparent it wasn’t going to work out for all of them, though. It definitely didn’t work for Hattie. And as for Marie? I’m not so sure. Was showing her vulnerability all an act to make her boss feel sorry about not choosing Ben instead of her?

It did work quite well for Nia. So, yay! She acted like a Todd to get her revenge on her scene partner. I liked seeing her make him feel awkward and embarrassed by having him act like a stereotypical white guy during an improvisation session.

Also, is it just me or were there sparks when Ben asked Nia to come over for a meeting in his office?

Anyway, let’s see what happens to our cast in the season 1 finale next week!