If You Need a Little Whimsy in Your Life, Watch “Hilda” on Netflix 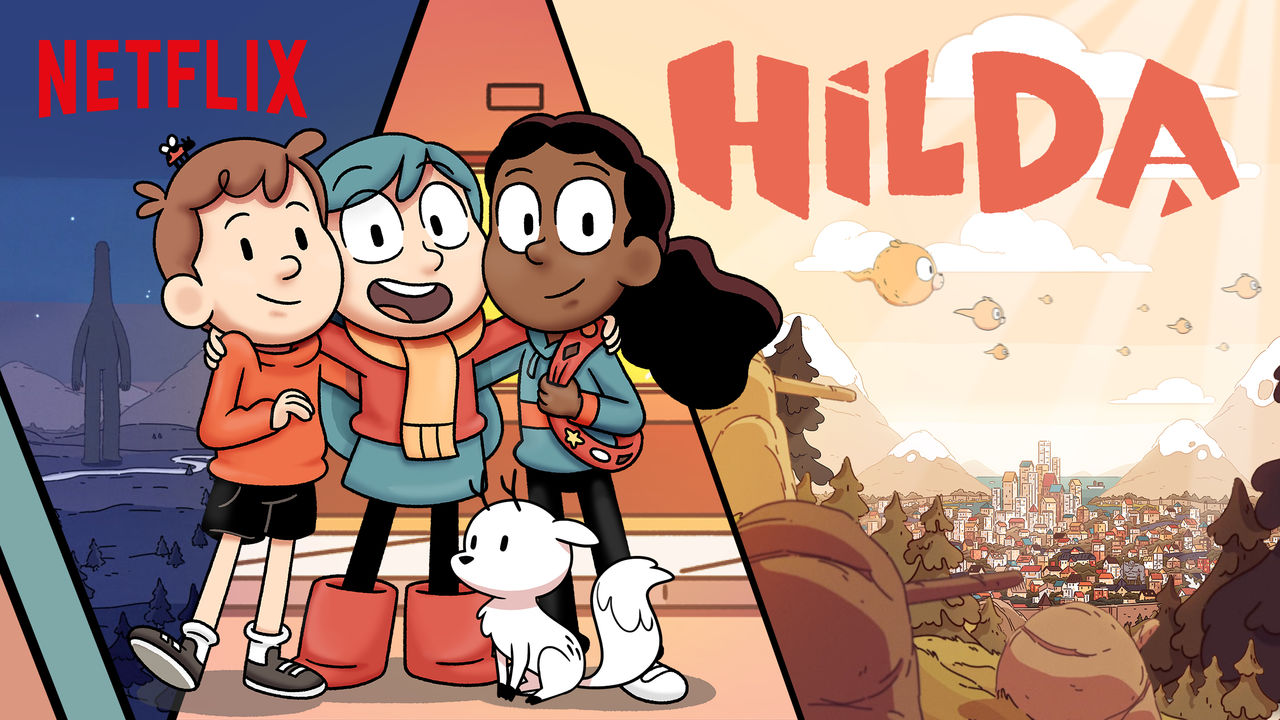 I recently attended the Toy Fair in New York, and I spent most of the three days I was there tweeting pictures of all the toys I was seeing. One tweet in particular garnered much more interest than I was expecting, and it made me curious. The toys in question were from Gund, for the Netflix show Hilda.

Based on the graphic novel series of the same name by Luke Pearson, Hilda is a British-Canadian animated series set in a fictional, fantastic world based on Scandinavia and incorporates a lot of old Scandinavian folklore and folk tales. The world in which the main character and her mother live is populated not only by humans, but also by creatures like trolls, elves, giants, and spirits.

Hilda and her mother, Johanna, live out in the wilderness, the only two human beings for miles. This has led to Hilda having a rather unusual upbringing. When their house is accidentally destroyed by a giant, Johanna packs up her daughter and moves them into the city of Trolberg. Once there, Hilda must learn how to be a “normal” kid, and that involves joining the Sparrow Scouts, of which her mother was once a member. 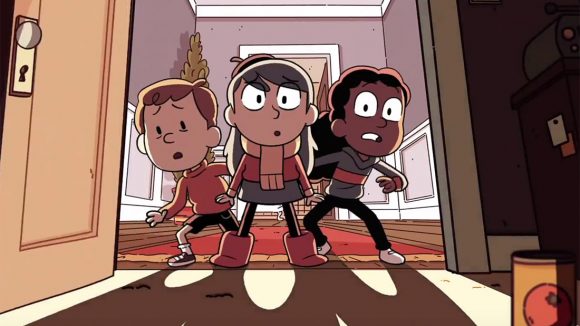 Netflix has a lot of shows I’ve never heard of, but I’m always willing to try something new, so once I was done with the Toy Fair, I sat down to watch. I was enchanted almost immediately. I was crying hysterically after the second episode. This is a show that is quirky and weird and charming and still manages to be relatable. The stories involve trolls and giants, but their morals involve change and trust.

Hilda often makes mistakes, charging into situations with a single-minded determination that usually ends up with everyone in a slightly worse situation than before, but her heart is always in the right place, and her curiosity knows no bounds. She has a strict code of ethics and a unique way of looking at the world that often leads you to reexamine your own perceptions. I look at the world a little differently after watching this series.

She is still learning how to be a friend, since David and Frida are the first ones she’s ever had, and as someone who was a little odd as a child and didn’t have that many friends, I can identify with that. She has faults, but she is learning, and she is teaching, as well. 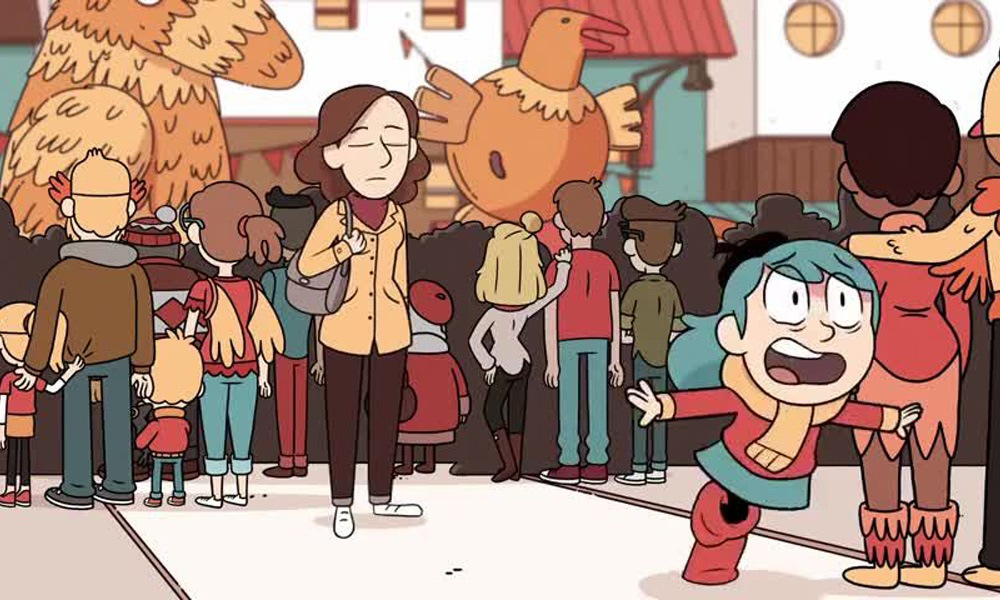 I really like the relationship between Hilda and Johanna. It is all-too-common in media for parents of “odd” kids to resent them, or ridicule them, or lament their oddness. Johanna, however, respects Hilda’s eccentricities even as she encourages her daughter to be more “normal”. Still, Johanna understands that Hilda knows things that she doesn’t and recognizes her daughter’s judgment. When she learns that the group of kids Hilda was hoping to befriend were throwing rocks at a bird, she agrees that Hilda was right to try and save the bird, at the risk of alienating the children.

One thing that Hilda does well is show that you’re never too old to change your mind or your opinions. In one memorable episode, Hilda worries about what her teacher will tell her mother, and simultaneously that she’ll be blamed for David accidentally bringing a baby troll inside the town walls. During the episode, the teacher realizes that she has misjudged Hilda. That you never stop learning is a good lesson to teach to adults; that you shouldn’t necessarily discount what children are telling you is another.

For anyone looking for something a little whimsical, a little light-hearted, this is a show that will charm and delight you. You will fall in love with Hilda and all of her friends the same way that I did.

Hilda is an easily bingeable series, with 13 approximately 25-minute episodes currently available on Netflix. Season 2 is scheduled to be released in fall 2020, and a 70-minute movie special is also planned.

Previous:Looks Like the “Bleach” Anime is Coming Back to Adapt the Final Arc in 2021!
Next: Bored and Quarantined: Podcasts & Video Games to Binge While You Practice Social Isolation