Trailer Released for “The Spooky Tales of Captain Underpants: Hack-A-Ween” 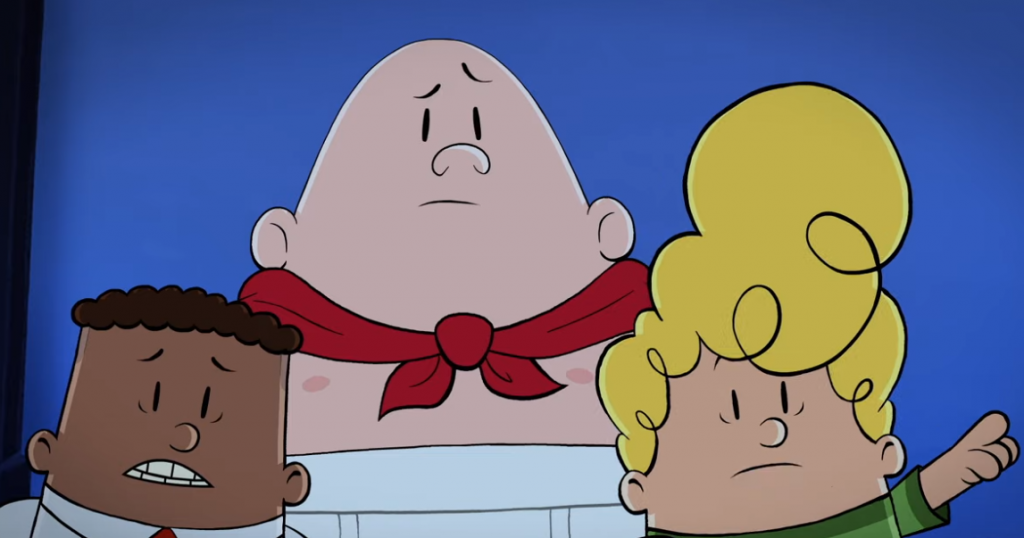 Based on the “epic novels” of Dav Pilkey, “with over 80 million copies in print,” the Captain Underpants Halloween special will be released next month. From DreamWorks, The Spooky Tales of Captain Underpants: Hack-A-Ween will premiere on Netflix come Tuesday, October 8, 2019.

When mean Principal Krupp and evil boy-genius Melvin make Halloween illegal and institute“Hall-no-Ween,” George and Harold team up with their friends to hack their favorite holiday, creating Hack-A-Ween. The kids wear disguises instead of costumes, carve cabbages instead of pumpkins, and get snacks instead of candy. The hacked holiday is a huge hit, so when Krupp and Melvin make even more trouble, the kids realize that in order to really save Halloween they will have to negotiate with the enemy. DreamWorks The Spooky Tales of Captain Underpants:Hack-A-Ween tra-la-la’s its way to Netflix October 8.

If you’ve been keeping up with the franchise, you would know that the upcoming special on Netflix isn’t much of a surprise. The Epic Tales of Captain Underpants animated series debuted on Netflix on July 13, 2018. The third season was released on July 19, 2019. So, you can understand why a special was created for fans.

And for those who don’t know, this kid-centric franchise includes queer representation. One of the leads, Harlod, is gay.