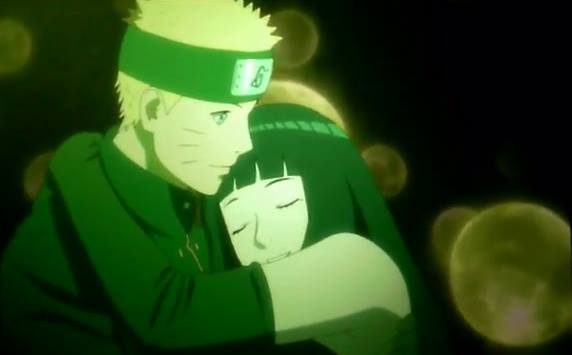 “You guys covered a lot of Naruto manga. Now that it’s over, there’s a lot of fighting over NaruSaku and NaruHina. Where do you stand on the pairing? And why don’t you guys not reviewing Naruto anime?”

Spoiler Alert: The article contains spoilers for people who haven’t read the Naruto manga finale yet!

I hear you Anon! The writer and creator of Naruto Masashi Kishimoto seems to have broken a lot of shipper hearts when he made NaruHina (ship name of the Naruto and Hinata pairing) canon in the Naruto manga finale. Shipping is a major part of almost every fandom and many fans do ship characters that aren’t canon yet or never become canon. That’s the sad part of shipping.

Coming to your question about where I stand on the pairing? I’m going to talk about the reasons below. You don’t necessarily have to agree with my opinions regarding how Kishimoto handled the Sakura-Naruto-Hinata love triangle. 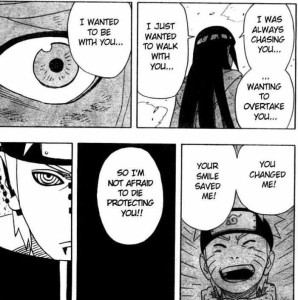 When the characters of Team 7 were first introduced in Part 1 Kishimoto immediately showed the romantic dynamics of the team. Sakura had a crush on Sasuke who had no interest in love while Naruto had a crush on Sakura who wanted to act as if he didn’t exist. It felt like a great premise for a manga but then Kishimoto introduced a very shy and timid Hinata into the story, and she happened to have a crush on Naruto. Hinata stood out to me because when no one in the village would even consider talking to Naruto; Hinata was the girl who loved him without him realizing it. Sasuke and Sakura grew to respect Naruto as the story progressed but he was special to Hinata from the start. That felt like true love to me as far as the universe in the Naruto manga is concerned.

The dynamics even continued into Part II. Sakura still had a crush on Sasuke, Naruto still had a crush on Sakura and Hinata still had a crush on Naruto who still didn’t know about her feelings. While I always thought NaruHina was going to be endgame I became 100% sure about it when Naruto held Hinata’s hand during the Ninja World War and when she gave a speech after Neji’s death to get Naruto to fight again. That was where Kishimoto told the readers that those two were going to end up together whether some of us liked it or not.

As far as NaruSaku is concerned, I never took them as a romantic pairing. Yes, Sakura saved Naruto’s life but she was a member of Team 7 and then became a medical ninja. As a medical nin it became her job to save lives. For me there was no ‘romance’ attached to what she did even when she healed or went to save Naruto. That’s a contrast to when Hinata went to save Naruto from Pain and also declared her love for him.

Even when Sakura faked her attraction to Naruto when they went to find Sasuke he immediately saw through her façade because he knew her heart still belonged to Sasuke. Kishimoto also explained Sakura’s and Naruto’s friendship in “The Last: Naruto the Movie” and for me, Naruto moving on from his childhood crush and finally seeing Hinata’s true feelings felt like character development.

So, there you have it Anon. To me, Kishimoto always wrote the story in a way that NaruHina were going to be endgame and NaruSaku would end up becoming a very important friendship in Naruto’s life. He even told Sakura that he couldn’t even start to repay for everything she’s done for him as a friend and teammate.

Some fans might still ship NaruSaku and they have every right to do so. However, I do hope that fans stay from becoming toxic towards each other and spoil everybody’s fun over two ships.

As for you last question, we already cover a lot of shows. Perhaps I might start reviewing the Naruto anime or do an analysis later on. Right now it’s airing fillers about the Chunin exams which I recommend to fans who wants to find out how Sakura and the rest became Chunin’s while Naruto was away training with Jiraya before Part II.

2 thoughts on “Dear Geekiary: What do you think of NaruHina and NaruSaku?”