Boruto: Naruto Next Generations 1×142 Review – ‘A Test of Willpower’ 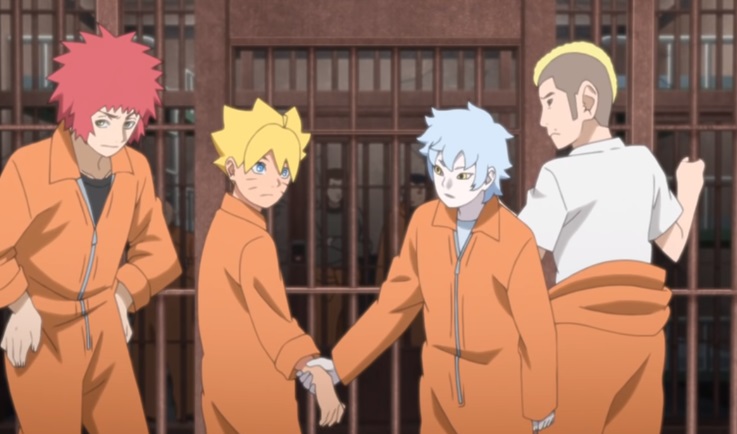 The latest episode of the Boruto anime was kind of meh! I guess, a couple of episodes experiencing a drop in quality is to be expected when an arc doesn’t follow the manga. ‘A Test of Willpower’ made Boruto and Mitsuki realize a bit too late they might have messed up their mission.

The debut of the current Blood Prison-centric arc in the previous episode was quite enjoyable. It made me look forward to the latest offering about the Mujina Bandits. Maybe my high expectations is what led me to not enjoying ‘A Test of Willpower’ as much as I had hoped?

Most of the episode dealt with Boruto and Mitsuki trying to figure out Benga’s weakness. To gain intel, Boruto met with Doragu. I mentioned in my review of the previous episode how Boruto’s nature to trust others is a weakness. Of course, Doragu ended up betraying Boruto when he asked the young ninja to steal a giant lightbulb from a watchtower.

I liked how Boruto was able to get him out of the situation. Waiting a few more seconds would have forced him to use offensive ninjutsu and blow his cover.

One of the highlights of ‘A Test of Willpower’ was Mitsuki’s reaction to Doragu’s betrayal. Mitsuki looked ready to beat him up. And you know what? I wouldn’t have blamed Mitsuki. My little snake boy will do anything to protect Boruto and I am here for it!

I don’t know what the writers have planned for Boruto and Mitsuki. At this point in the franchise (the anime as well as the manga), not having them be endgame won’t many any sense to me. However, considering how Mitsuki is as a character, I wouldn’t be surprised if he continued being Boruto’s close friend even if our young titular character didn’t romantically love Mitsuki back and began a relationship with Sumire down the line.

It all comes down to how Boruto’s happiness is what matters to Mitsuki the most even if it Boruto fell in love with someone else.

Mitsuki is so precious (and dangerous). My heart!

I can’t wait to see how the writers handle his relationship with Boruto. Also, if Boruto isn’t going to be with Mitsuki, I hope he finds a good boy (he doesn’t even have to be a ninja) to settle down with as this franchise continues and the main cast grows older.

Naruto already gave us the gender-fluid Orochimaru years ago. So, it’s not like queer characters don’t exist in this fictional ninja world.

‘A Test of Willpower’ also allowed Salad to play a role. She was instrumental in finding out that Benga took bribes from prisoners. The episode let us know that Benga had ulterior motives. He also came across as someone who liked to drink. Maybe his drinking problem will make him sloppy and lead to his downfall?

The twist in the episode came near the end. After Team 7 worked together to ensure Kokuri was assigned to the cell Boruto and Mitsuki were in, our young ninjas realized that the person who wanted to kill Kokuri was already in the same cell, too. 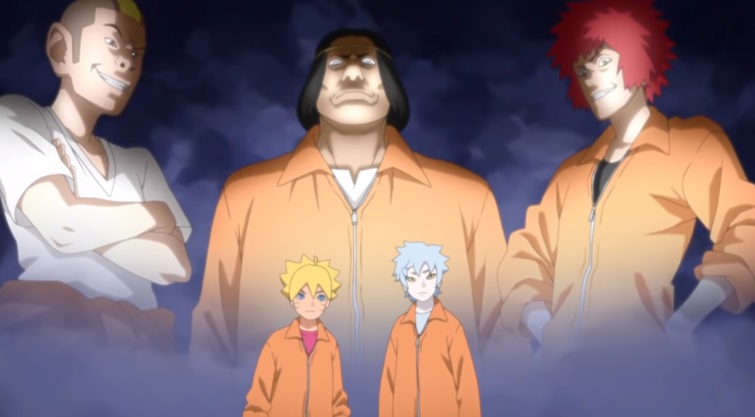 Right now, I have no idea who the culprit could be. Maybe it’s all a misdirect and the enemy is someone we haven’t seen much of?

With a couple of episodes left in the current arc, I’m looking forward to seeing what will happen next.

Feel free to share your thoughts about ‘A Test of Willpower’ with us.