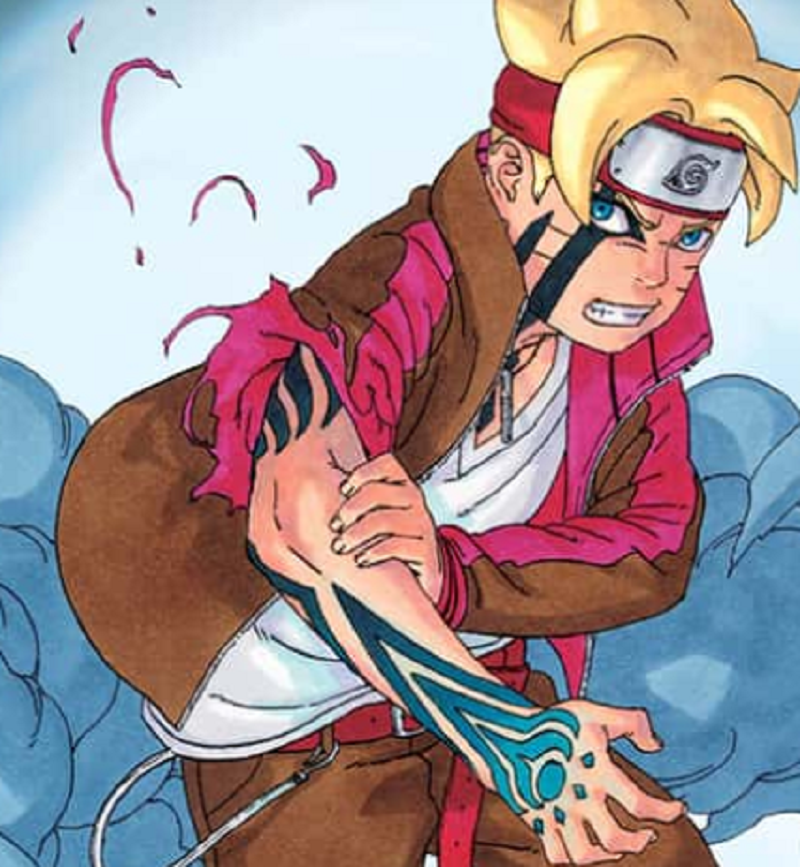 This month’s Boruto manga issue, titled ‘Regeneration,’ while enjoyable, made me wish the fight between Team 7 and Boro would end already.

The previous manga issue was very action-heavy and so was chapter 42. Fingers crossed next month’s chapter is different. At this point, I wouldn’t even mind if the upcoming chapter shifted the focus on other characters. I just want something different than seeing Team 7 trying to take down Boro.

One thing that ‘Regeneration’ made clear was Boro’s intention to play with Team 7. If he really wanted to, he could have killed all four young ninjas. However, I think his arrogance continued to get the better of him. For some reason, he decided to exhaust Team 7 instead of putting an end to their current battle.

Of course, considering Team 7 has some very intelligent team members, it was only a matter of time before they figured out Boro’s weakness. Frankly, if I were in Boro’s place, I would have stopped playing around the moment the kids broke through the paralyzing virus attack in chapter 41.

Kawaki and Salad worked together for another attack. I keep telling you all, I wouldn’t be surprised if these two become endgame.

Kawaki revealed that every Kara member’s body was modeled by the scientist named Amado. Apparently, every member was hiding a core. You destroy the core, you destroy the person.

I liked how it was explained that the reason Boro’s able to continue regenerating was linked to him having the ability to move his core away from harm. It didn’t matter if you blew his head up or disintegrated his limbs or the entire lower section, as long as his core remained unharmed, he would instantly regenerate.

Where do you think Kawaki’s core is placed? Does he even have a core?

The best moment, in my opinion, came when Salad kept an eye on Boro’s body to track the core. She needed to attack him before he could move the core away.

And do you know what she did? She freaking used a Chidori!

The moment looked amazing in the panel and I can’t wait to see it get animated. With how Mitsuki and Salad were pushed to the background because of Kawaki’s entrance in the manga series, I continue to be glad about the current fight giving Salad and Mitsuki more to do.

I still don’t know why Mitsuki isn’t using his Sage Mode. But at least, we got Salad demonstrating a very powerful attack.

As for Boruto, he didn’t do much. The young ninja was basically a punching bag in this chapter, along with (his boyfriend) Mitsuki. Many fans have already complained about Boruto being a copy of Naruto and seeing him use Rasengans and Shadow Clones in ‘Regeneration’ didn’t do much to dismiss such complaints.

Now, I’m not saying Boruto using Rasengans during this particular battle didn’t make sense. As Salad mentioned, using fire style or lightning style jutsus would be useless against Boro. And, from what I can tell, the Rasengan is the hardest hitting attack Boruto currently has.

However, I would like Boruto to have a different fighting style than Naruto. I think the only difference between the two, fighting style-wise, is the fact Boruto doesn’t have the immense amount of chakra Naruto has.

I was expecting Salad to learn the Byakugo Seal like her mother Sakura. However, the seal requires perfect chakra control and demands the user to store chakra for years (in the forehead) without any interruptions.

With the Sharingan already draining Salad, I don’t think she will be learning the seal. But I’m hoping I’m wrong. Let’s see. Perhaps she will learn a cool medical jutsu instead? Again, I want someone in Team 7 to learn medical jutsu!

I get that some might say it made sense for Salad to not continue using the Sharingan throughout the battle to conserve chakra. But, to me, seeing her activate and then deactivate her Sharingan (even for a few seconds) looked weird. As far as I can tell, it is clear she doesn’t have a lot of chakra to work with. 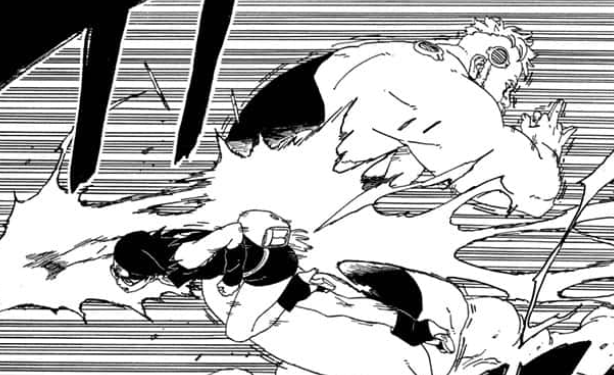 With ‘Regeneration’ ending on a cliffhanger, we don’t know if Salad’s Chidori was able to destroy Boro’s core or not. I guess we’ll find out next month.

Some other thoughts and opinions:

The Kara members seem to be relying a lot on scientific ninja tools. The Boruto series has told us that using tools to compensate for actual ninja skills and hard work doesn’t do the person any favors. It was a lesson Boruto had to learn during the Chunin Exams.

That’s why it is kind of fun to see grownups like Boro and Delta relying heavily on scientific ninja tools, going as far as becoming cyborgs, for extreme powerups, and being taken down by ninjas that rely on real skill and talent.

What did you think of Boruto manga issue 42 ‘Regeneration’? Let us know.