Boruto to Meet Young Naruto in Upcoming Anime Arc! How Weak will Sakura be? 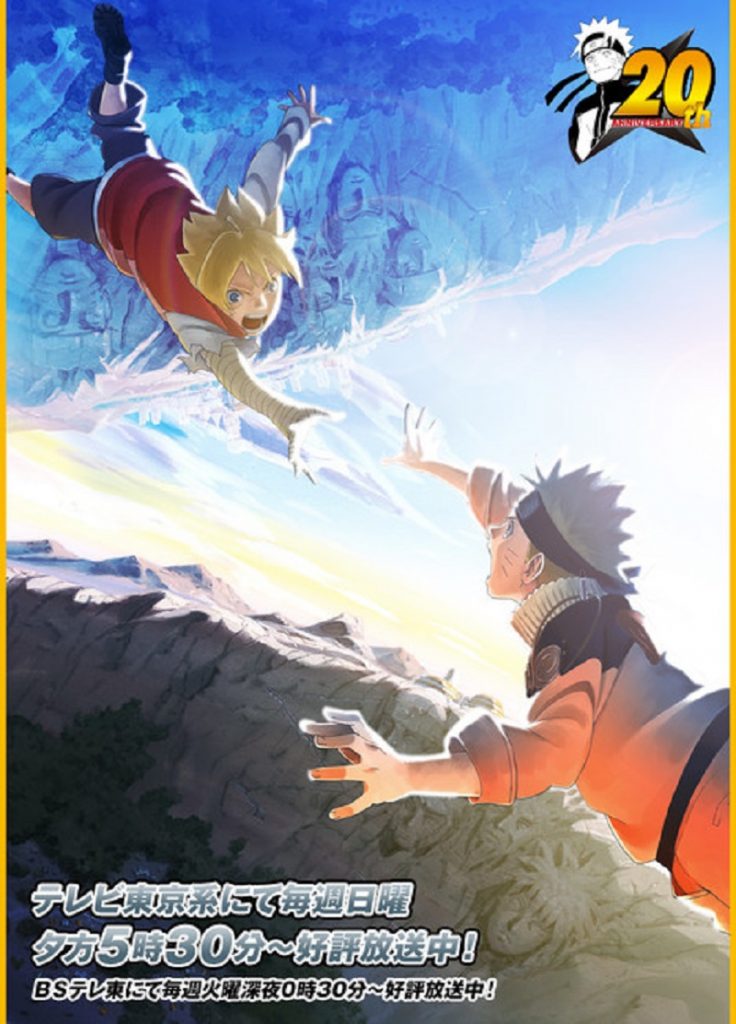 To celebrate the 20th anniversary of the Naruto franchise we’re getting a very interesting arc in the Boruto anime series. While I’m excited about the upcoming story, I’m a bit worried about the version of Sakura Haruno we’ll get to see.

Time travel and hopping dimensions (including alternate realities) isn’t anything new for the Naruto franchise, so Boruto being able to meet a younger version of his father makes sense.

The current announcement was made by TV Tokyo. The new arc for the Boruto: Naruto Next Generations anime will premiere in October. A visual was shared, too.

I’m not sure if Boruto will remember the lessons the upcoming arc has the potential to teach him. I mean, figuring out the canon of manga-to-anime adaptations is always accompanied by a lot of debate. However, as far as the concept for the new arc is concerned, due to Boruto’s (somewhat) strained relationship with Naruto, it’ll do him good to understand more about his father.

Not only that, Boruto is becoming older in a comparatively peaceful era than his parents. Naruto’s journey as a young ninja was very dangerous. Experiencing a more harsh environment can help Boruto realize new things about his father. As I said, there’s seems to be a lot of potential present in the upcoming arc. But it will all come down to whether or not the writers will remember using some of the plotlines in other arcs as this series progresses.

I don’t think any information about the exact timeline has been shared, so we don’t know how young Naruto will be when Boruto gets to meet him. Also, regardless of the timeline, if the story is going for a younger version of Naruto, I’m a bit worried about what Boruto might think of Sakura Haruno.

In the current Boruto anime timeline, Sakura is an incredibly accomplished ninja. But she was (I have to say it even though I’m a huge fan of hers) basically useless when she was growing up with Naruto and Sasuke back in the day.

While Sakura’s highly intelligent, the difference of power between her and her teammates was too massive at the beginning (and continued to be for a few more years). I’m also not a fan of young Sakura’s obsession with Sasuke.

Maybe seeing a younger (incompetent) version of Sakura will make Boruto realize how hard she’s worked to get to the level she’s at in his timeline? I don’t know.

What about Sasuke? Will a younger version of Sasuke be part of the upcoming anime arc? If yes, then that means the timeline will be set before the Sasuke Retrieval arc? I have so many questions. If set after the events that led to Sasuke leaving the village, we could get to see Boruto trying to make sense of how the ninja he looks up to is a redeemed villain.

Anyway, it will be interesting to see Boruto getting to meet a younger version of Hinata (his mother), though. I wonder what he’ll think of Naruto being oblivious to Hinata’s feelings for him when they were kids. We might even get to see Neji, y’all!