“Boruto: Naruto Next Generations” 1×129 Review – ‘The Village Hidden in The Leaves’ 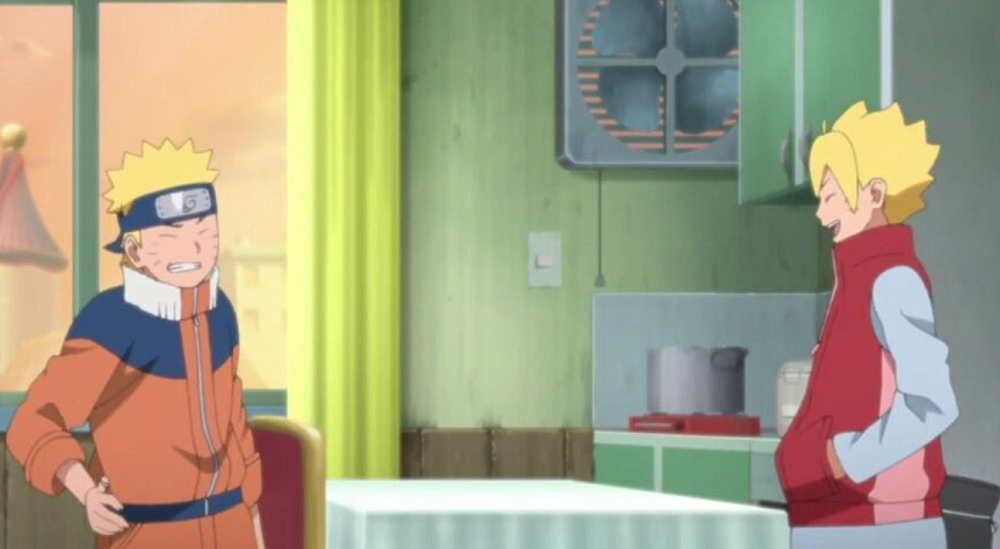 Naruto and Boruto in ‘The Village Hidden in the Leaves’ (Image: Screengrab)

This week’s episode of the Boruto anime had a lot of emotional moments. ‘The Village Hidden in the Leaves’ did a lot to help Boruto understand more about Naruto’s childhood. Here’s hoping the character development sticks with our young ninja when he comes back to the present timeline.

While I knew Boruto and Sasuke were going to meet a younger Naruto and the rest of the ninjas, I wasn’t prepared for the level of emotion the writers ended up featuring in ‘The Village Hidden in the Leaves.’ And even though the time-travel rules don’t really make any sense, I was able to not think too much about the senselessness of the current arc because of the character interactions.

Turns out, Boruto and Sasuke should keep a low profile as their actions could impact their timeline. Also, Urashiki’s going to arrive in a few days. Do you think a young Sakura, Naruto, and the others will face Urashiki? If they do, will their memories be wiped so they aren’t able to remember any of the events in the present timeline? As I said, the entire thing doesn’t really make sense. Time travel stories can be tricky, and I don’t think the Boruto writers are going to stick with the rules. Anyway, let’s see what happens in the upcoming episodes.

As for the emotional scenes, while this arc presents an opportunity for Boruto to understand more about Naruto’s past, it also sets the stage for Sasuke to regret the decisions he made as a kid. Tsunade brought up the fact that a genin very recently abandoned the village. Of course, we all knew she was talking about young Sasuke. I think we’ll be seeing the older Sasuke looking at all of the moments he missed out on when he decided to leave and train with Orochimaru.

Boruto spent a lot of time with Naruto in ‘The Village Hidden in the Leaves.’ The two shared dinner together and you could tell Boruto felt sorry for his father. Also, while they were trying to go to sleep, Boruto ended up telling Naruto about the older version of his father. Again, I hope the new appreciation Boruto developed for his father sticks with him when he goes back to the present. I’m tired of Boruto arguing with Naruto. The two even argued before Brouto and Sasuke went into the past. I need the writers to stop already.

What did you think of ‘The Village Hidden in the Leaves’? Let us know.

Previous:“Boruto: Naruto Next Generations” Manga Issue 39 Review: Proof
Next: I Did Not Like “Cursed” As Much As I Thought I Would