Boruto: Naruto Next Generations 1×120 Review: With Sasuke as the Goal 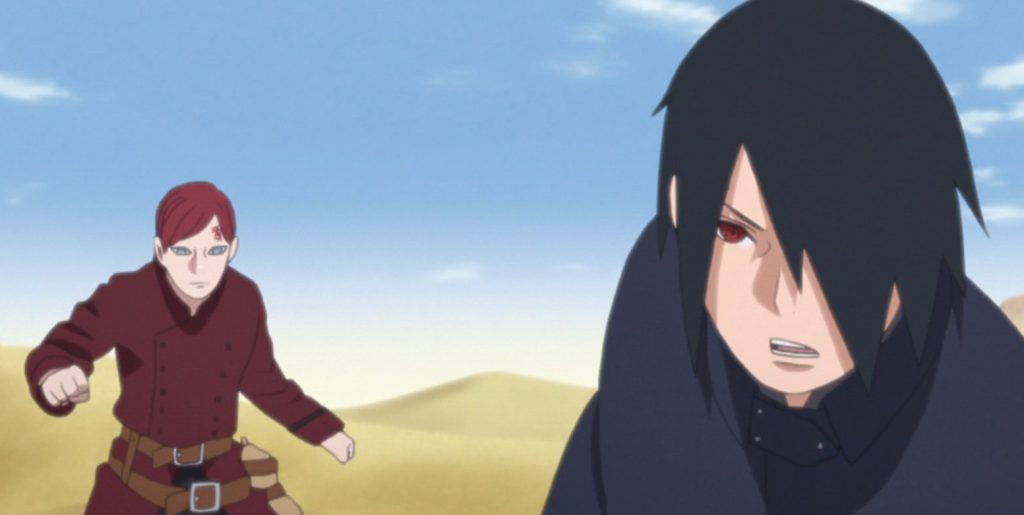 Gaara and Sasuke in ‘With Sasuke as the Goal’ (Image: Screengrab)

For those waiting for Sasuke Uchiha to make his return to the Boruto anime, the latest episode, titled ‘With Sasuke as the Goal,’ is likely going to be very frustrating. It gave us Sasuke only for a brief moment!

I have nothing against Boruto Uzumaki as a character. This is his show and it makes sense most of the main story is about him. However, what I don’t like is the anime writer’s continued efforts to sideline or nerf the original Naruto characters to make the newer generation shine.

Sidelining Sasuke in ‘With Sasuke as the Goal,’ by literally sending him to some other dimension came across as poor writing. If the writers wanted to give Boruto a mission and make the current arc about him, I can easily come up with a few ways to do so which don’t involve treating Sasuke in such a manner.

A similar thing has been happening in the manga, too. Naruto got nerfed big time while fighting Delta. He’s currently fighting Jigen. So, here’s to hoping the manga team treats Naruto differently this time around.

I say this because powering down the original characters or putting them in situations where their abilities are limited to make Boruto shine isn’t doing the young ninja any favors. Boruto should be able to make a mark on his own the way Naruto did.

Remember how, when Naruto began, we got to know about numerous ninjas who were far more powerful than the leads? The first major Legendary Sanin fight (amongst themselves) was amazing. Seeing Naruto surpass them over the years, through hard work, is what made his progress feel impactful. However, the same can’t be said about Boruto yet.

Seeing Boruto serve as nothing but a distraction for Sasuke (which allowed Urashiki to land a hit on the extraordinary Uchiha) annoyed me. The latest episode felt like filler as it showed Boruto make his way to Sasuke while helping a father (and his daughter) along his journey.

I hope the anime makes up for certain writing decisions by giving us a well-constructed battle between Sasuke and Urashiki soon.

What did you think of ‘With Sasuke as the Goal’? Let us know.