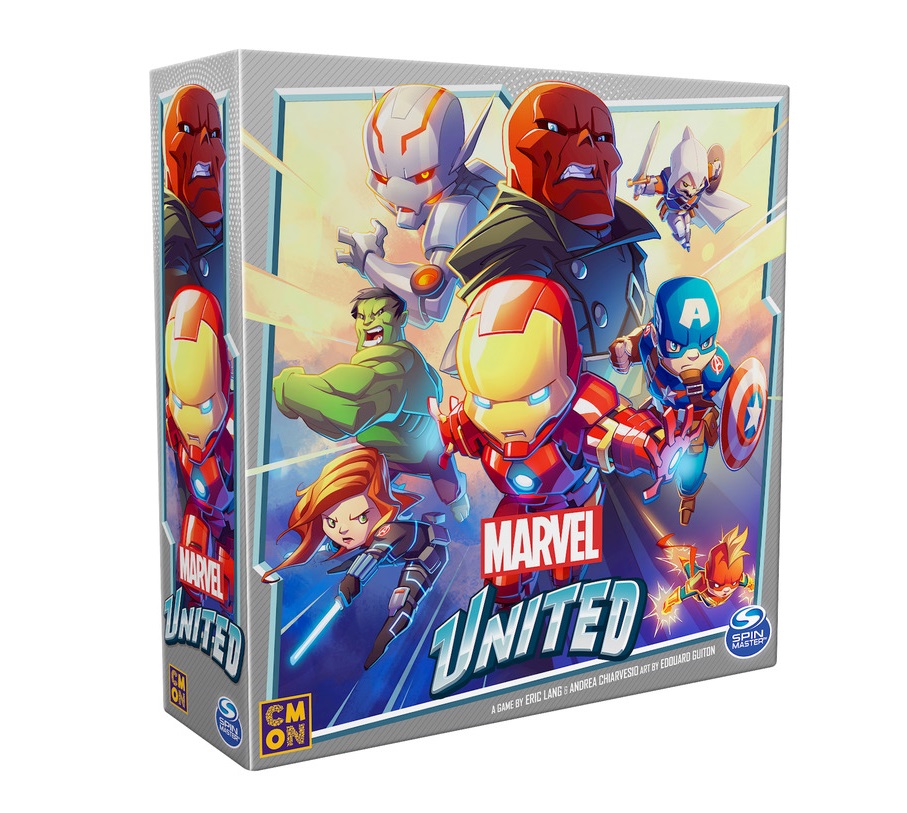 Reaching the $150,000 milestone to be fully funded in less than an hour is an impressive feat. Fans seem to be very excited about Marvel United. The Kickstarter campaign incentivized backers by offering exclusive items by pledging $60.

Anyone who pledged $60 or more will receive the Marvel United core box as well as all applicable stretch goal rewards (as they continue being unlocked).

At the launch of the campaign, two exclusive items were announced by Spin Master and CMON:

You should keep an eye on the campaign because a number of new exclusives will be added to pledges for free. 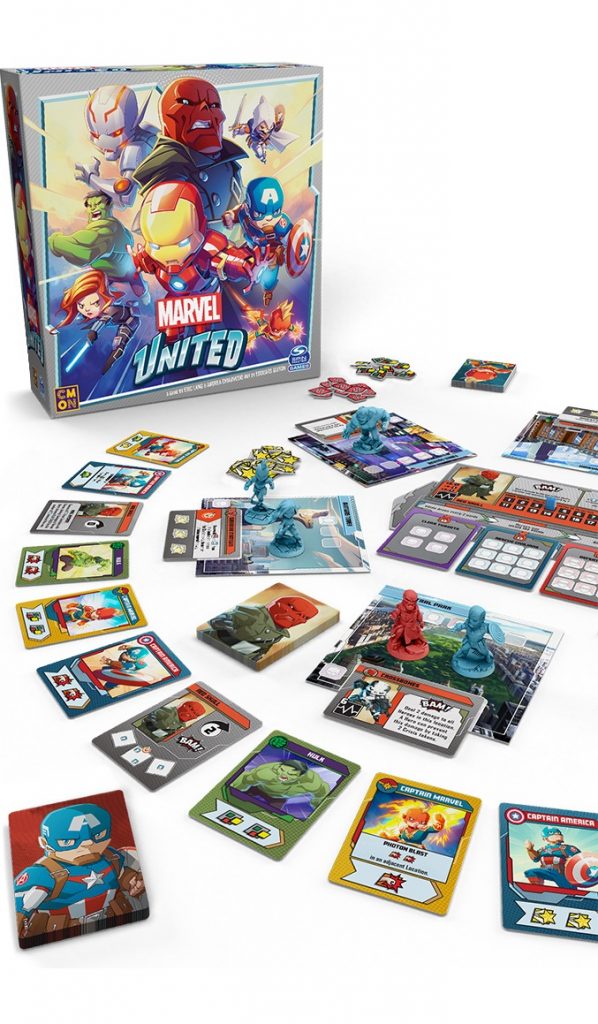 I do like the Chibi-style this offering went with.

The description for the game reads:

Marvel United is the ultimate collector’s item for Marvel superfans, featuring completely original, never-before-seen “chibi-style” artwork and CMON-detailed miniatures of fans’ favorite heroes and villains. The game was a top-secret project that has been in development for almost two years. It is an entirely new board game with original gameplay, built from the ground up by award-winning and cult-favorite game designers Eric Lang (Blood Rage, Cthulhu: Death May Die, Rising Sun) and Andrea Chiarvesio (Kingsburg).

The game taps into the current all-play trend in board games that unites players, encourages cooperative play and communication, and leaves nobody bored!

“We are excited to unveil the first-ever Marvel game on Kickstarter, delivering a truly unique and original game to fans,” shared Elizabeth LoVecchio, VP of Spin Master Games. “Spin Master takes pride in great partnerships and working with CMON exemplifies this value. Launching Marvel United on Kickstarter gives us the opportunity to bring the ultimate version of this game to superfans with exclusive expansions and characters that can be mix and matched in the game.”

Spin Master Games is a name trusted by geek culture fans. So, you can understand why a lot of support is being shown for this Kickstarter.

As for CMON, it’s a well-known international publisher and designer of tabletop board games and miniature games. The current board game campaign is the company’s 42nd Kickstarter.

“Our goal is to make each campaign as fresh and exciting as our games,” said Geoff Skinner, CMON’s VP of Entertainment. “Marvel United is a passion project for everyone at CMON, and we worked as hard as we could to make sure there are lots of sensational surprises in store over the next three weeks.”

Take note; this campaign will last for 22 days. It will be live through Wednesday, March 4, 2020.

The core box is scheduled to be delivered to backers at the same time the game becomes available at retail in Fall 2020. Any applicable stretch goals and Kickstarter exclusive rewards will be delivered soon after.

Do you plan on backing it?

The campaign was able to unlock the S.H.I.E.L.D. Solo Mode. The current feature is something fans have wanted since the campaign began. The Solo Mode has been added to the core box, turning Marvel United into a 1-4 player game!

Solo game play is a growing trend in the gaming industry, allowing you to play whether or not you’ve got teammates available! With these special rules you will be able to play as S.H.I.E.L.D., controlling all the heroes by yourself. In Solo Mode, you will shuffle all the cards of 3 different Heroes of your choice into a single deck. With a larger hand size, you will be able to expertly coordinate the actions of each Hero. As Uncle Ben once said, “With great power comes great responsibility” …and great risk! If you ever run out of cards in your hand you aren’t just KO’d, you’re eliminated outright!

The momentum for Marvel United refuses to slow down. The current Kickstarter campaign has raised over $1 million in funding, with more than 11,000 backers.

Since last Tuesday’s launch, more than 15 additional stretch goals have been shared.

The newest of expansion packs ventures into galactic mayhem with the Guardians of the Galaxy Remix, which includes sculpts of Star-Lord, Rocket, Groot, Ronan, and a Kickstarter-exclusive Gamora! At our next Stretch Goal of $1,040k, you can unleash all the revenge with the Kickstarter-exclusive Drax Hero Sculpt and cards.

The funding campaign for the upcoming Marvel United board game has been an impressive success. The Sinister Six Expansion Pack is now available. It includes favorite comic book characters like Doctor Octopus, Electro, Kraven the Hunter, Mysterio, Sandman, and Vulture.

What’s interesting is that facing the new sinister villain team, through the Sinister Six Mode, will offer a gameplay experience in which you get to play against all 6 of these Villains together!

As the campaign reaches its final days, our backers deserve not only an easy way to get everything they want, but also give a little reward for those going all-in. With the Ultimate Pledge level at $190, backers can get the core box, initial promos, all six expansion packs, plus all the unlocked stretch goals. It’s an offer you can’t refuse, and if you’re looking to get all expansions, this is the way to go!

You all have less than 48 hours to get your hands on all the Kickstarter exclusives!

Previous:Controversial Film “The Hunt” Gets March 2020 Release & New Trailer!
Next: “Lucifer: The Complete Fourth Season” Releasing on Blu-ray and DVD This May! (Updated)