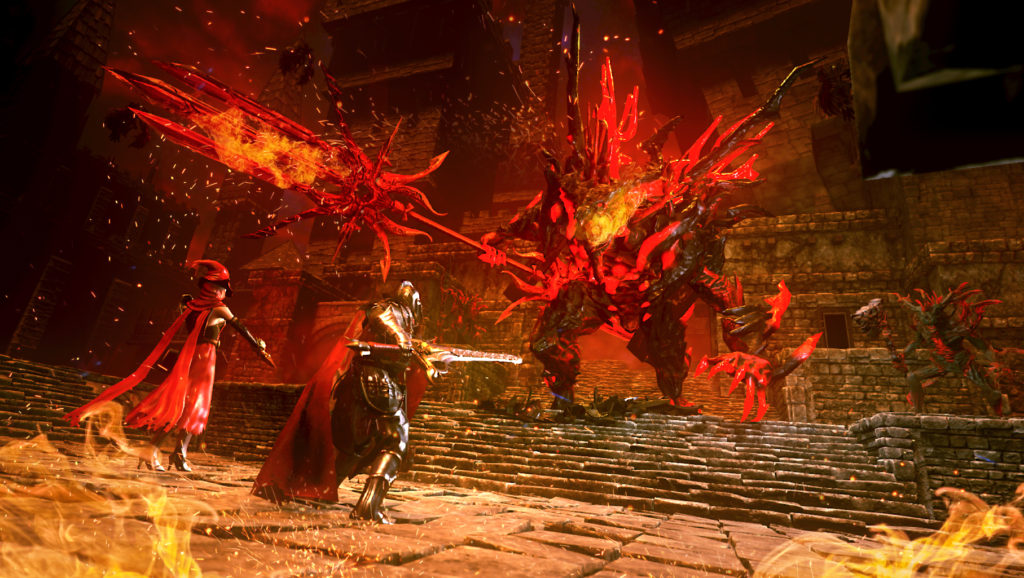 The gameplay is being defined as “action-defense.” Hell Warders combines gameplay elements of action and tower defense genres, and pairs it up with a third-person perspective.

Check out the trailer to get a feel of the game!

Players will be tasked with defending the Nexus from demon assaults. They can play as Ash the Ember Knight or even as Dead Eye the Tained, a cannon-wielding specialist, in teams of four . Players will need to work together to find power-ups and “create an effective (and deadly) defensive perimeter.”

Fight alone or alongside soldiers with distinct abilities to withstand the might of the demon horde across a number of thematic maps – each with its unique environmental twist. Set up archers, catapults, and mages – and carefully choose *where* to place them for maximum defensive cover. However, defending only goes so far: The demon army waits for no man and will ruthlessly attack from all angles! Vanquish demons with powerful weapons, unmatched hero skills, and even deployable towers.

Defend the Nexus. Stop the demon army. Take your place as the mightiest Hell Warder of all time!

Hell Warders will be available on Steam Early Access for $14.99 (Windows only). It will be released on Tuesday, June 6.

What do you think of Hell Warders? Let us know.

Previous:The DCEU Has Found Its Voice With Wonder Woman